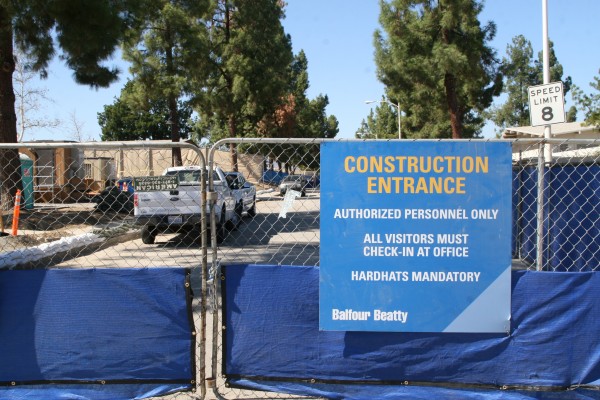 Deputy Alfred Guerrero of the Pierce Sheriff’s station was first to speak, and in his report said traffic incidents are currently the most time-consuming issue for the department.

“Our traffic accidents are a little bit up in our student lots compared to previous years, so please tell [the students] to slow down.” Guerrero said.

According to Guerrero, a sexual assault reported on Sept. 9 was investigated and found to be a misunderstanding between the parties involved.

The ongoing project to update the campus internet to a fiber optic-based system was among several issues raised by Project Director Ed Cadena. Cadena’s colleagues were critical of the pace of the fiber project.

“All the fiber has been laid and most, if not all, of the testing has been done,” Cadena said. “It should be done in the latter part of September.”

Construction of the south of Mall buildings surrounding the Botanical Garden was another issue. Cadena noted that the department had passed its risk review for the project, which has roughly $6 million left in its budget.

Cadena also reported on the progress of Shepard Stadium, and offered a prediction on when students can fully utilize the facility.

“The home side is fully operational, but the away side is seeing some issues. Some welding was done in Canada and needed to be checked,” Cadena said. “We think we’ll have the visitors’ side open for the next home game.”

“Our police on campus act as a lone soldiers in some cases,” Schleicher said. “If they have surveillance, they know what they’re walking into.”

The PCC will meet again Oct. 22 at 2 p.m. in the College Services Building conference room.