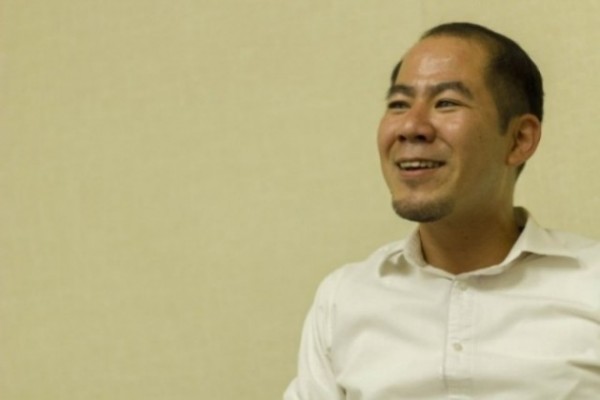 Hushed whispers generate a static hum as Professor Shigueru Julio Tsuha, 34, prepares for class. Written on the whiteboard are the top five shows his students want him to binge-watch. As Tsuha begins taking roll the students voice their vote rather than the standard “here.”

Tsuha is an instructor with the philosophy and sociology department. He was formerly a professor at the University of California, Riverside. Tsuha now teaches full time at Pierce College.

Tsuha connects with his students by meeting them on their level. His primary source of inspiration are his roots that reach back to Peru.

“I was 11 years old when I came to Alhambra from Peru,” Tsuha said. “We were immigrants, we were starting from nowhere.”

Throughout his youth Tsuha lived with his family and close relatives. At times, the living space grew cramped as the group of 10 moved from a three-bedroom apartment to a two-bedroom apartment. Though privacy was a luxury, Tsuha recalls that he was “never miserable. Not by a longshot.”

“I had always dreamed of living together with my cousins,” Tsuha said. “It was something we always hoped to do when I lived in Peru. When we moved here [Alhambra, Calif.] I got that chance.”

Arriving in the United States in March 1992, Tsuha’s first impression of his new home was one of violence. The outbreak of the 1992 Los Angeles Riots fueled an outcry for social change.

“My conception of the U.S. was that it was filled with criminals and gang members because that was the media at the time,” Tsuha said.

It was an experience he would never forget.

In October 1994 Tsuha joined protesters marching down the streets of Los Angeles in opposition against Proposition 187. The ballot initiative was designed to establish a screening system that would allow the state to deny illegal immigrants access to public services such as education and health care. Although Tsuha himself was a legal citizen of the U.S. many people he knew were not.

“I was fortunate enough to come [to the United States] with papers but a lot of my friends didn’t,” Tsuha said. “Luckily it didn’t pass because the court said it was unconstitutional.”

After completing high school Tsuha pursued a degree in anthropology at UC Riverside. The direction of his education was set until he took a course called Inequality in America. The connection was immediate and forced Tsuha to change his major.

“I did no research regarding what kind of a job you could get with a sociology major,” Tsuha smiled. “I had no plans for the future. I was only concerned with learning more about inequality.”

That one class was all it took to change Tsuha’s perspective. Since then he has never looked back.

During the years leading up to his residency at Pierce College Tsuha acted as the executive director of the Dolores Huerta Labor Institute. He has also organized peaceful demonstrations as part of the Fight for 15, an organization that aims to raise the living wages for minimum wage workers.

As an undergraduate at UC Riverside Tsuha met a fellow sociology major who would later become his colleague and good friend.

Professor James McKeever is the chair of the history, philosophy, and sociology departments. Though he was a student at the University of Southern California, McKeever met Tsuha through a mutual friend in the Minority Fellowship Program or MFP.

In the 15 years that they have known each other, McKeever is keen to Tsuha’s unique teaching style and his ability to engage with his students. One such aspect is allowing the class to select the shows he watches.

“It lets students know that their input is valuable to you [the teacher],” McKeever said.

The ritual that Tsuha performs during roll call would seem trivial to students looking into the class. For Tsuha, the top five shows list has many purposes. Primarily, it breaks the ice and helps him “learn the pop culture of today’s students.”

This sense of awareness is one of Tsuha’s best traits.

“I’ve always known him to be a bright conscientious person,” McKeever said. “So I was really happy to hear that he was one of the people who applied [for the position].”

With this summer acting as his introduction to Pierce College, Tsuha’s first full schedule began with the fall 2015 semester. Among the fresh faces is Kelli Lewis, 18. Despite her aspirations to pursue deaf studies Lewis has taken an interest to sociology after listening to Tsuha’s lectures.

“At first when I read what the course was going to be I was a little unsure,” Lewis said. “But now I am really interested in how I can possibly incorporate this into my major.”

The key to Tsuha’s success as a teacher, Lewis believes, is his ability to touch the lives of students.

“He makes it relatable,” Lewis said. “It’s easier and more interesting to learn because he brings his personal experience into the lesson.”

For Tsuha, every interaction is significant. Using the classroom as a stage, he shares observations and stories to elicit conversation. Sometimes the students respond with laughter, other times with collective murmurs.

“Teaching is a performance,” Tsuha said. “It’s like theater but it is substantial.”

It is Tsuha’s wish that every student leave his class with a better understanding of the world in which they live. As an undergrad he was able to see things more clearly because sociology gave him “a window” to see through.

“Sociology allows us to ask the questions everyone is thinking,” Tsuha said. “It legitimizes a point of view and that is what I want my students to see.”