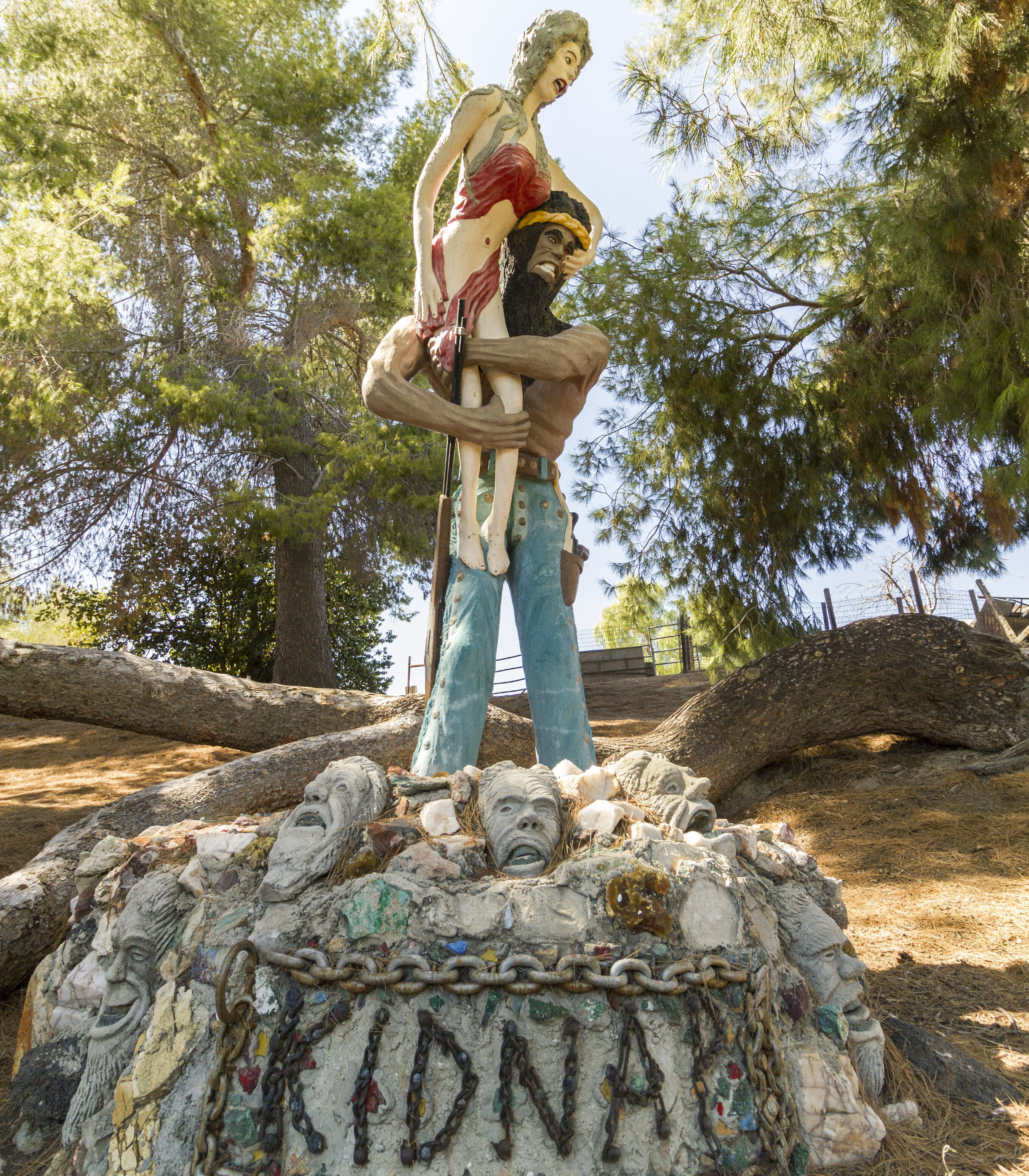 On the west side of Pierce College, next to the El Rancho parking lot, tucked behind a chicken coop lies a place with many faces. Inside Cleveland Park there are sculptures that represent an old western folk art from the creation of John Ehn.

This hidden location is known as Old Trapper’s Lodge.

The place is isolated, it is difficult to notice even when driving through El Rancho Drive.

As you enter Old Trapper’s Lodge, an angry turtle statue is there to welcome you followed by a wall of stone faces that leads to benches with expressionless miners and old-western women statues.

In the middle, is a small field with several tombstones, known as “Boot Hill.” The tombstones are fictional and read various causes of a person’s death.

The other statue shows a white woman being carried by a Native American man. On the bottom of the statue reads “kidnap,” along with three other faces with their mouth’s open.

On the sides are more statues, including Ehns’ family and tombstones of women. One tombstone shows a man lying with his eyes open in front of a faded tombstone.

The artist Ehn, who was self-taught, created the hidden location for promotion of his Burbank motel “Old Trapper’s Lodge.” The motel was built in 1941, before he created his statues on Pierce’s campus. He wanted create an Old Western feel to his art, according to www.roadsideamerica.com.

When Ehn died at the age of 81 in 1981, his motel was sold by his family to make way for the soon to be built Burbank Airport, according to www.losangelesbeat.com.