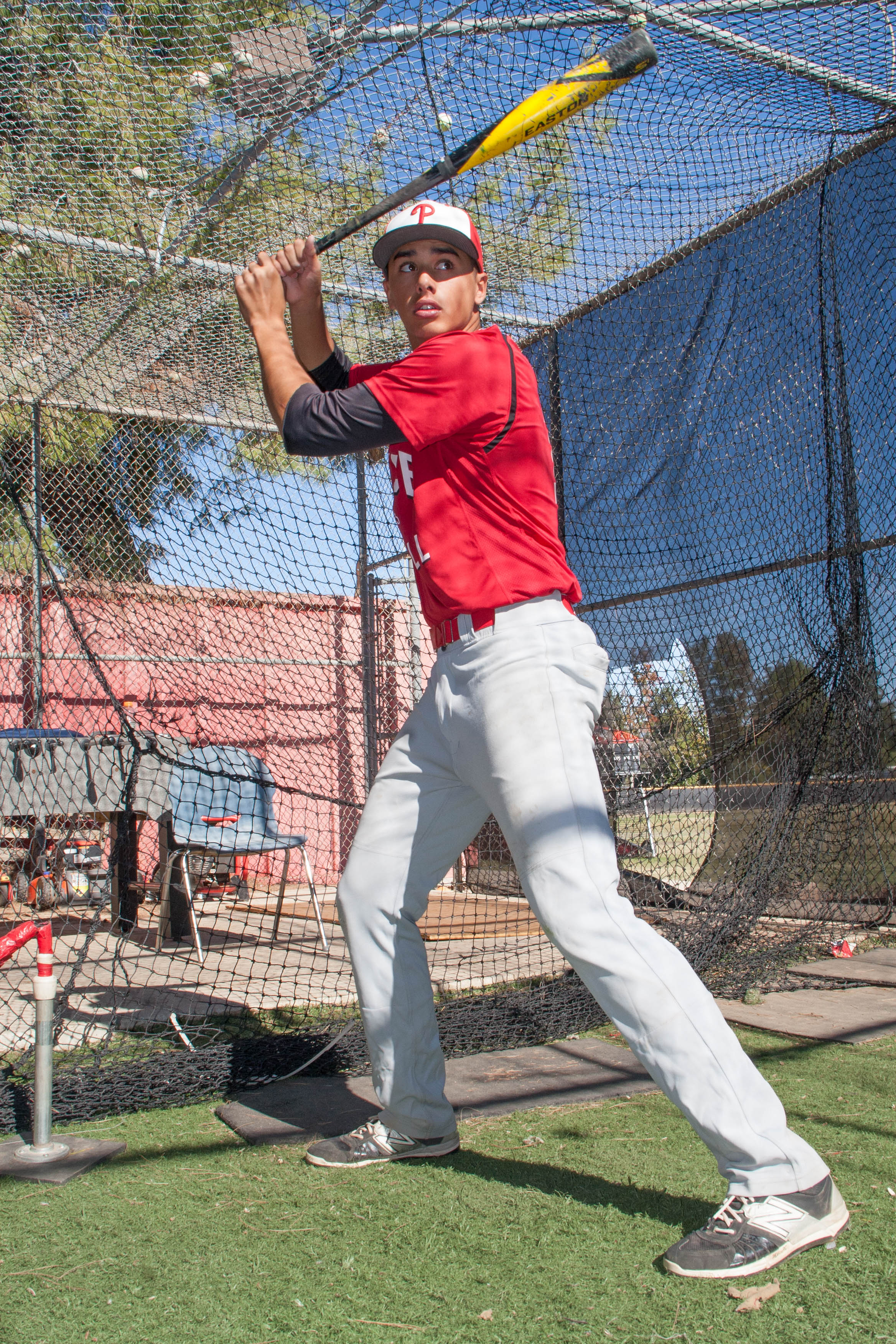 Three-year-old Michael Tillman knew he loved baseball. At 19 he is still following the baseball path he set as a child.

After playing infield and right field for his high school baseball team at Redlands high, he went on to play outfield and infield for California State University, Northridge. He played for CSUN for one semester.

“My dad played baseball when he was younger. Almost everyone in my family played either baseball or football. Since I was only three years old, I was too young to play football. So I grew up playing baseball,” said Tillman. “Ever since then, that is what I wanted to do.”

Michael ran across some struggles while playing for CSUN’s baseball team. He had to come to Pierce to get his grades up before he returns back to the university.

“The GPA requirement at CSUN raises every year for the sports teams, and I had some academic issues. That’s why I had to come to Pierce College,” Tillman said.

His position was changed from what he was used to playing. His practice techniques had to mold to his new position. He had to adapt quickly into it.

“In CSUN I played outfield then I was moved to second base, then back to outfield again,” said Tillman. “When I came to Pierce, they put me at center field and I love playing center-field because you get to track down the ground balls, and maybe get a chance to throw someone out at the plate.”

Michael physically and mentally prepares himself for games by practicing on his own time by himself, as well as going to practice. He does specific exercises to enhance his performance as center-field.

“I practice by working on a lot of reps for fly-balls, knowing the routes, and strengthening my technique,” said Tillman. “I also practice hitting 85-95 mph pitches a lot, sometimes right before practice starts.”

He thinks it is very essential and effective to make time for himself aside from baseball to relax and have fun, in order to keep a balance going.

“When I’m on the field, I’m there to play but I don’t always talk about baseball in my free time,” said Tillman. “It is good to take time off and time for yourself.”

He looks to his hobbies to take a mental break from baseball. There is one specific thing Michael likes to do when he’s not playing, or practicing.

“Honestly, I usually just chill at home but if I had to pick one, I appreciate music a lot. I really do enjoy going to concerts when I get the time off, it’s super fun.”

After Michael works on increasing his grade point average at Pierce, he has to make a decision as to where he will take his baseball career next. He has a couple options in front of him as of now.

“I definitely want to go professional. I’m hoping I get there. I have an opportunity to go back to CSUN next year which is what I’m leaning on right now,” said Tillman. “I’ve been getting approached by a couple pro teams. If I were to get drafted for the right amount of money, I would take that route. It all depends on what happens.”

He has given it some thought, and his immediate choice is to go back to CSUN after he spends some time at Pierce working on the academics. His objective is to get drafted by his second year there if all goes according to plan.

“I would want to get drafted out of CSUN by at the very least, my junior year there,” Tillman said. “That’s what I’m aiming for. I want to go all the way pro.”

Michael is very consistent and practical about his baseball career. He is working towards his end goal. He knows the steps he needs to go through, to achieve what he aspires to be.

“I’m going to keep working at it, and see how far it will take me. I want to get up there to the highest level,” said Tillman.