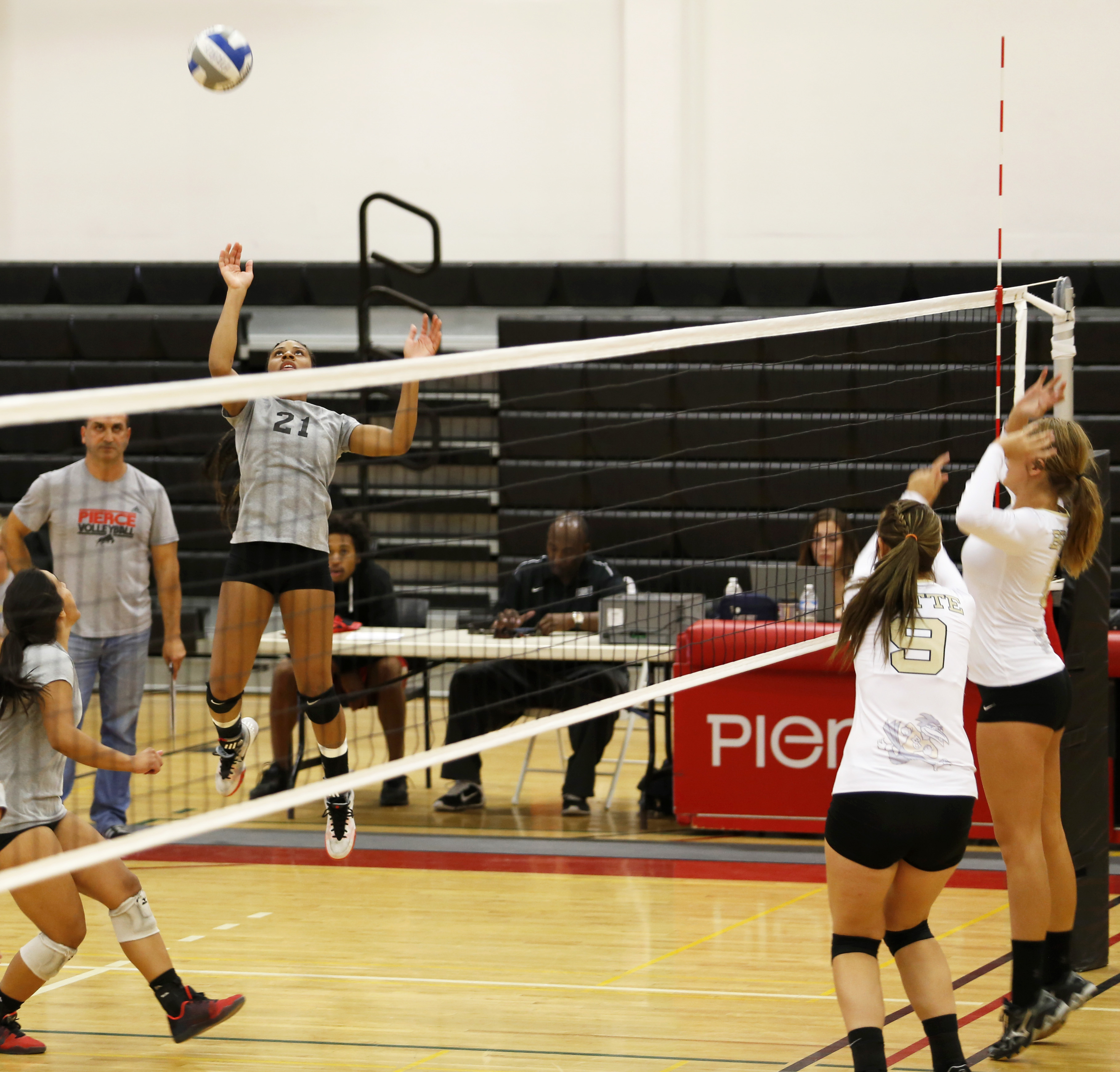 When it’s time for the volleyball teams to practice, the South Gym fills with dozens of players. Soon, those numbers are expected to multiply.

The new coed volleyball club is looking for help from the school to establish what could be the largest club on campus, with hundreds of people already signed up.

Volleyball Club President Amir Haghi said that he decided to start the club once he discovered there was not already an existing one at Pierce College.

“I thought of people just like me who maybe didn’t get a chance to play volleyball that much or aren’t that good yet, so this is coming straight from the heart,” Haghi said. “I really wanted to get a club going for people. I love volleyball and I want to create more opportunities for people to play at any level.”

Haghi, who is a member of the Associated Students Organization, estimates the number of people who signed up at their booth during Club Rush to be between 300 and 500.

Lance Walker, the club’s adviser and the men’s volleyball head coach, said he couldn’t believe how many people expressed interest in joining the club.

“We had this giant turnout and my jaw dropped to the ground,” Walker said. According to Walker, getting a large enough space to accommodate all the potential members could be a problem.

“If we can’t get gym space, we have 14 grass nets that we can set up anywhere on campus, astroturf, wherever,” Walker said. “It’s going to take some work, I think the guys [on the team] realize that, but this is something we can put our stamp on this year.”

The club is waiting for their forms to get approved and for the school to let them know where on campus the club can practice. Walker said although he will be supervising, the club will be run by the men’s volleyball team. He thinks this is a good way for the team members to pass down what they’ve been taught and to improve their own skills. Haghi said the next step for the volleyball club is to send out emails to the people who signed up, so the club can host evaluations. There will be three levels: beginning, intermediate, and competitive.

Mario Patrick, a member of the volleyball club and a player on the men’s volleyball team, said he thinks the club is so popular because everyone has some degree of interest in the sport.

“I think it’s awesome because there’s so much volleyball here in the community and at Pierce and so many people who used to play,” Patrick said. “When they come to Pierce, there’s nowhere to play, but they still want to. That’s why we got so many people signed up.”

Walker said Pierce used to open the gyms for volleyball players on Friday and Sunday nights through the extension program, but that it stopped two years ago.

“It was a death-blow to the community,” Walker said. “People were traveling out to Thousand Oaks and Simi Valley and knocking on the door of Chatsworth High School. People still want to play volleyball.”

Walker, who has a bachelor’s degree in psychology, says the health benefits that come from playing volleyball include alleviating anxiety, decreasing stress, and building community relationships.

“We’re going to need support from the school,” Walker said. “That’s our next step, so we’ll see.”

The club is open to all ages, although it has not met and does not know where or when they will be meeting.