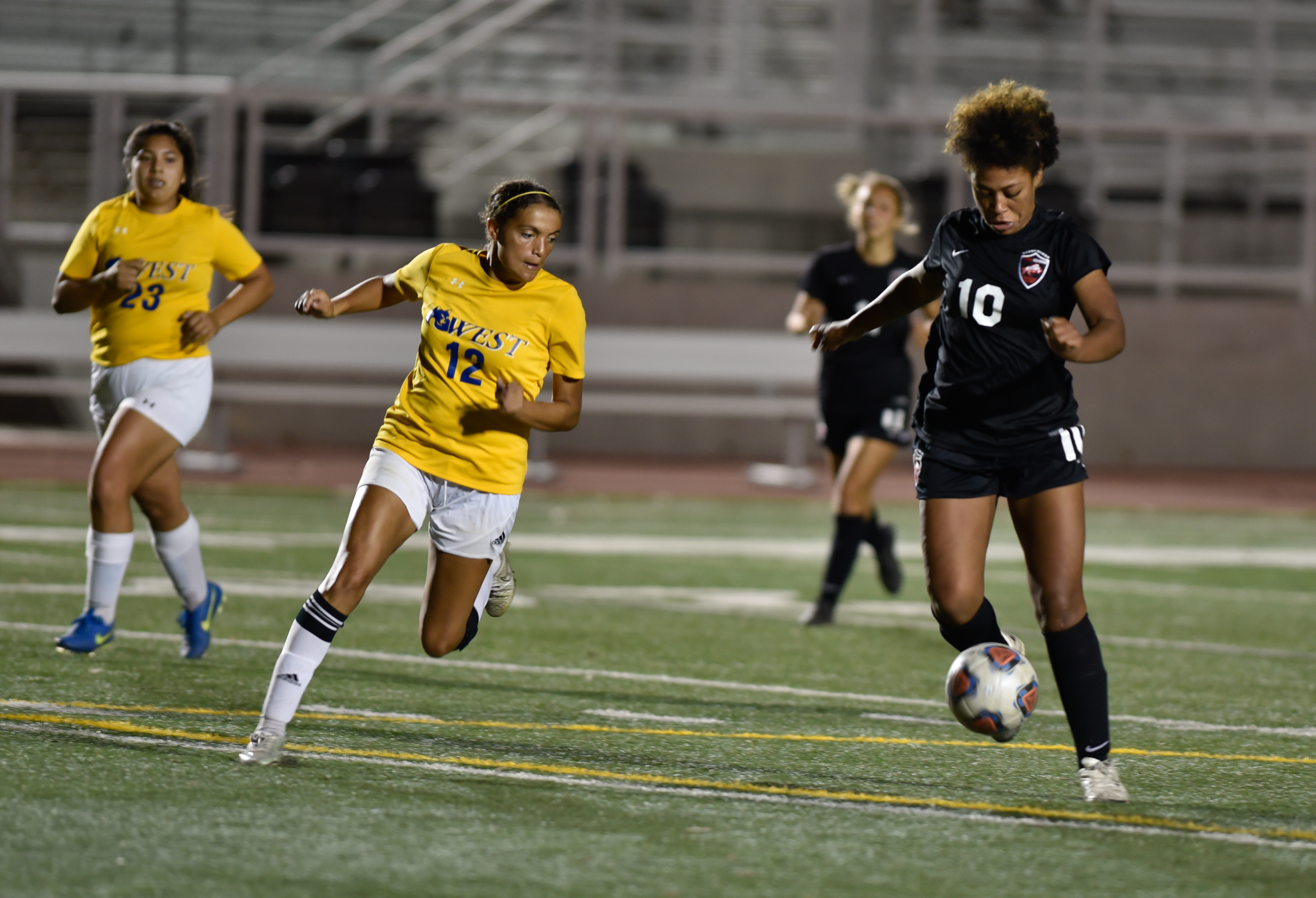 After missed opportunities on both teams left the first half scoreless, the Brahmas shut out the West Los Angeles Wildcats, 4-0.

A ceremonial sophomore appreciation event started off the night for Pierce. It showcased the players moving on to university level teams.

The Wildcats goalkeeper, Monica Stieber, was able to stop the Brahmas in the at the beginning of the game, but once the second half started she struggled against the newfound determination Pierce exuded.

The Brahmas began to dominate the game starting with Leslie Ramirez who stole the show with back to back goals, giving the Brahmas a 2-0 lead.

“I just knew we had to get it done. We had the second half to regroup and tell ourselves on what we need to do.” Ramirez said. “The team executed and remain focus and we just wanted to get it done and it just happen.”

Pierce then scored an additional two goals. Sara Hernandez assisted by Ramirez scored the first and Destiny Brandstetter assisted by Katherine Castillo had the other.

“My team just gave it to me and I finish it there is nothing more to it,” Hernandez said.

Brandstetter was focused on the game and knew she had to do what she needed to, in order to help out the team.

“It was the last few minutes of the game, obviously, and my adrenaline was pumping and I had to go through it,” Brandstetter said.

The first half was full of mistakes on boths teams and the second half was going to be the win or lose determinant.

“I was very pleased in the second half obviously. We woke up in the second half against a very tough team and got it done.” Coach Adolfo Perez said. “The only thing we need to work on is finishing and our strength is that we never give up.”

Those that watched the game might say Ramirez was the most valuable player, but she made it clear that’s not the case.

“This is not about me, this is an entire team effort,” Ramirez said.

Brianna Jacobo had an easy night, only having to save the ball once with no other intense plays coming at her.

The Brahmas have a BYE game before they play against Santa Monica College at home on Friday, October 28 at 4:00 p.m.