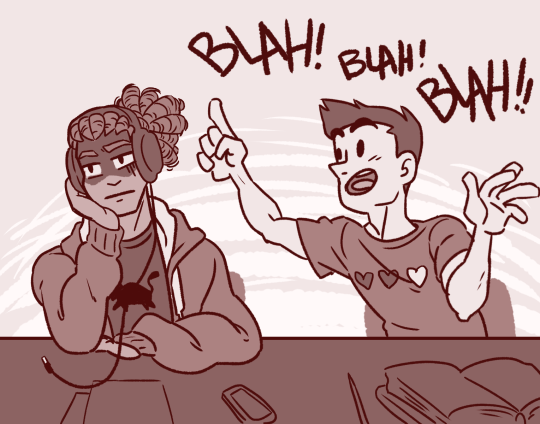 It’s time to stop ignoring, or worse shutting down, opinions that differ from our own.

In the past few weeks since the United States elected its 45th President, it seems like about half of our country went through the five proverbial stages of grief.

It started out with a general denial of Trump’s victory; the hashtag #notmypresident trended widely on Twitter, and it seemed everyone was posting Facebook posts the length of short novels expressing their shock and disbelief. Then they moved on to anger, as people across the country took to the streets to protest, which sometimes resulted in violent rioting. Next they tried bargaining, arguing the importance of the popular vote over that of the electoral vote. Now, though many are still scared and saddened by the result, our nation is slowly but surely arriving at that last stage of acceptance.

Acceptance doesn’t necessarily mean favorable reception, but it does require us to be open to reception overall. Beyond our reception of the elections’ results, we have to accept (and take responsibility for) the conditions we created that allowed this result to happen in the first place.

According to election results provided by The Associated Press, Trump won three states with a significant number of electoral votes (16-29) by a margin of just one percent. This means that the people voted so closely that the difference between Clinton or Trump winning that state was determined by 120,000 votes or less. Even beyond the electoral vote, Clinton only won the popular vote by a 395,050 gain.

In light of how incredibly close the race for presidency was, there are probably far more people you know who in all likelihood supported the candidate that you didn’t. They might even be sitting right next to you. However, this election had a polarizing effect and people tended to cling onto their personal beliefs, quick to try to silence anyone who disagreed with them.

We have got to start talking to people we disagree with. Isn’t that what healthy communication is all about? A discussion absolutely has to be between two parties. If you’re the only one spouting your own opinion and you’re not even willing to acknowledge the other side, what are you achieving? Offensive content shouldn’t be ignored; it should be challenged!

To quote Tom Walker’s fictitious political character, Jonathan Pie,  “When will we learn that the key is discussion? When has anyone ever been persuaded by being insulted or labeled? Being offended doesn’t work anymore. Throwing insults doesn’t work anymore. The only thing that works is bothering, doing something, and all you have to do is engage in the debate. Stop thinking that everyone who disagrees with you is evil, or racist, or sexist, or stupid, and talk to them!”

When we categorize, group, and label all who disagree with us we create a dangerous mentality. We should be encouraging people to generate thoughtful, respectful discussion with others who might think differently than them. When we open up our minds and engage in intelligent conversation we’re taking the right steps towards change and progress.