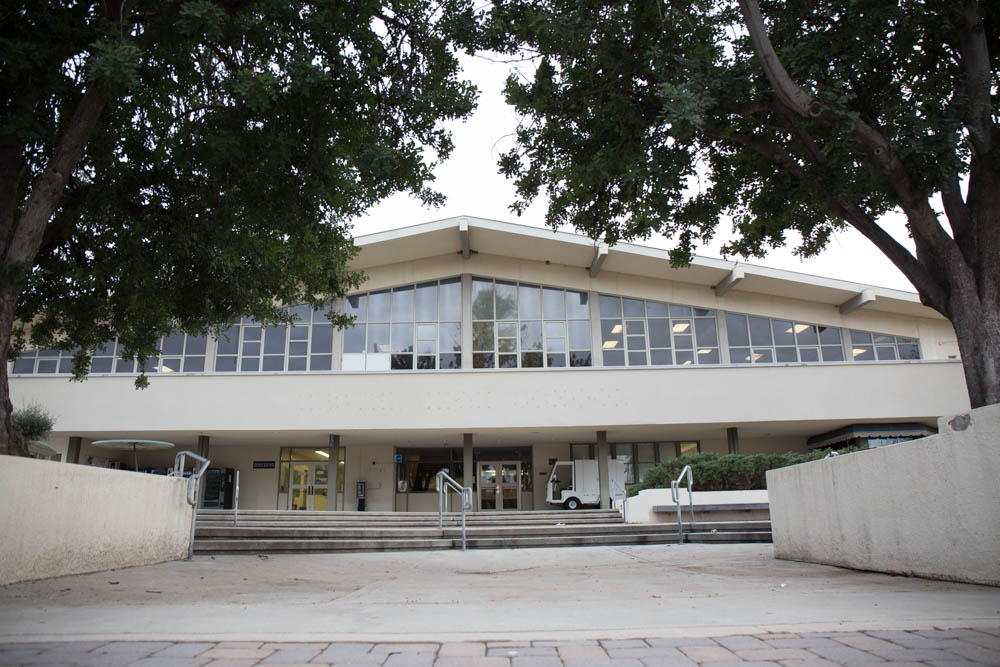 After the PCC meeting, Pierce College President Kathleen Burke offered a statement  regarding observations made concerning bond Measure CC funds. The following is an excerpt from the full statement, which is available here:

“The college has been asked to validate the priorities it had previously set for future construction projects based on the policy directions the Board of Trustees is considering for expenditure of Measure CC dollars. The criteria includes student demand for the program, a focus on new construction, and the Facilities Condition Index (FCI) for existing buildings.

Based on that information, the College Council took advantage of the opportunity to realign its priorities regarding the North of Mall Phase II project and the Digital Arts and Media Building. It has been recommended that they be combined into one project to be built on the site of the former college Library. We know that this recommendation has an impact on previous expectations for those programs, we respect the fact the Board of Trustees is ultimately responsible for ensuring that all bond funded projects, make efficient and effective use of bond funds.”

According to College Project Director Ed Cadena, the bids contractors have proposed for Phase II North of Mall construction are over budget. Therefore, he moved PCC members to consider rethinking their original position in completely rebuilding four new buildings located North of Mall in addition to the old library.

A major guideline set out by the BOT, highlighted in Burke’s statement, is the notion that colleges must prioritize replacing existing structures on campus with new facilities with equal square footage.

PCC members ultimately decided that to ensure top priority buildings are built, the most cost effective and logical course to take would be to instead consolidate the four buildings into one new three story building.

By proceeding this way, the college can also focus on and ensure that the new building would be compliant with American Disabilities Act guidelines.

Placing the Media Arts and Computer Science departments together might be more practical because they share the need for similar facilities, like computer labs. While they would not share exactly the same space, it would be lucrative and convenient for both departments.

“The fact that they are the same buildings with the same equipment, it might get the Media Arts building over the finish line,” Cadena said.

According to Instructional Assistant of Media Arts Sean McDonald, the existing square footage in which the Media Arts Department resides does not meet departmental needs.

“I understand the program needs that the current facilities are not currently meeting. Clearly, if it was a college decision, we ranked media arts number one,” Berger said. “We would be designing the building in a way to maximize square footage space.”

PCC also voted to prioritize additional buildings that the college had planned to be built in the following order:

Members also voted to eliminate horticulture expansion from the priority list due to existing bond measures that were allocated to cover the facilities expenditures.

The above list will be sent to the BOT by the Feb. 24 deadline so that the Board members will be able to allocate funds from the $700 million bond measure CC to the nine campuses in the Los Angeles Community College District’s ongoing construction projects.

The new Media Arts building is set to be completed in spring 2021, according to BuildLACCD.org.