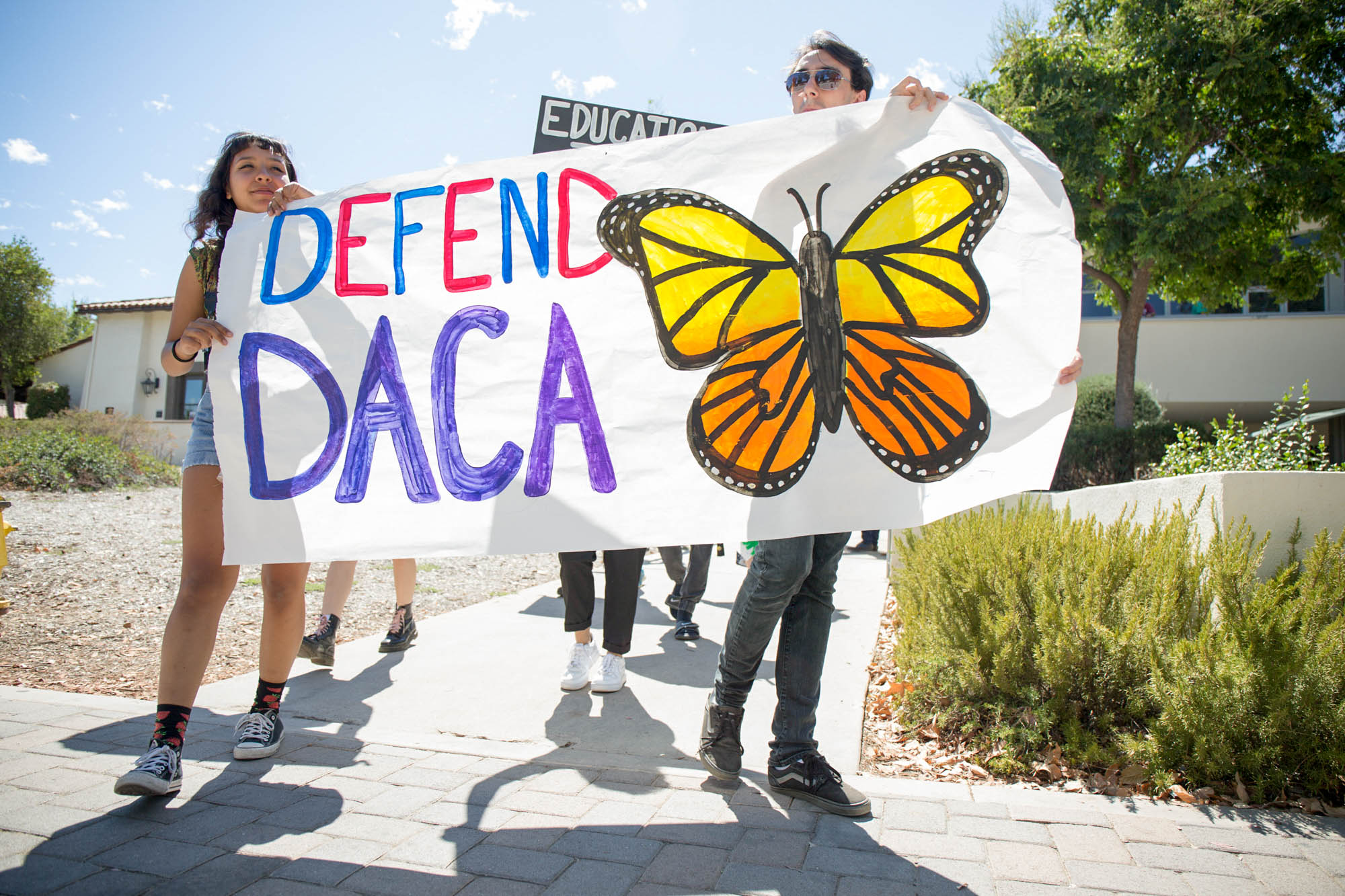 The march, organized by the ASO, was in protest of the Trump administration rescinding the DACA program.

Bella Aguilar-Rosil, the co-president of Pierce Democrats, helped organize the march and said that it was put together rather quickly upon the learning about the news.

“We wanted to take action now while everyone is still heated and upset about it,” Aguilar-Rosil said.

ASO member Allen Lopez said that the march happened because those involved believe in amnesty for undocumented students.

“We want to encourage students to stay in school and know that they are not alone,” Lopez said.

According to Lopez, if something happened to DACA students, it would negatively impact Pierce College.

“They do contribute to our local economy,” Lopez said.

Among the students marching for DACA, there were students counter protesting.

Carol Cruz, the vice president of College Republicans, is against DACA, however, that does not mean that she doesn’t have sympathy, she said.

According to Cruz, the process of coming to the country legally, which her family went through, is too long and difficult.

“It is a process which took them 10 years and thousands of dollars,” Cruz said. “My family was very poor, and my dad had to sell candy bars. Sometimes he wouldn’t be able to eat.”

Cruz, who thinks that DACA is unconstitutional, said she is one hundred percent against it in every form, and America should only help those who come here legally.

“You should try to help yourself as much as you can, before you help anyone else,” Cruz said.

Julio Tsuha, an instructor of sociology, addressed students saying that events like the march are the best part about being a teacher and being a part of the community.

“This is when we actually see the reasons why we became teachers coming to fruition,” Tshua said. “This is your movement, but we are right here with you.”

Pierce College Democrats will be hosting debates in the Great Hall through the course of the semester, according to Aguilar-Rosil.

“I want students to know that they aren’t alone, and that they don’t need to be afraid, because we are here for them,” Aguilar-Rosil said. “We are going to keep protesting and keep fighting for what is right.”