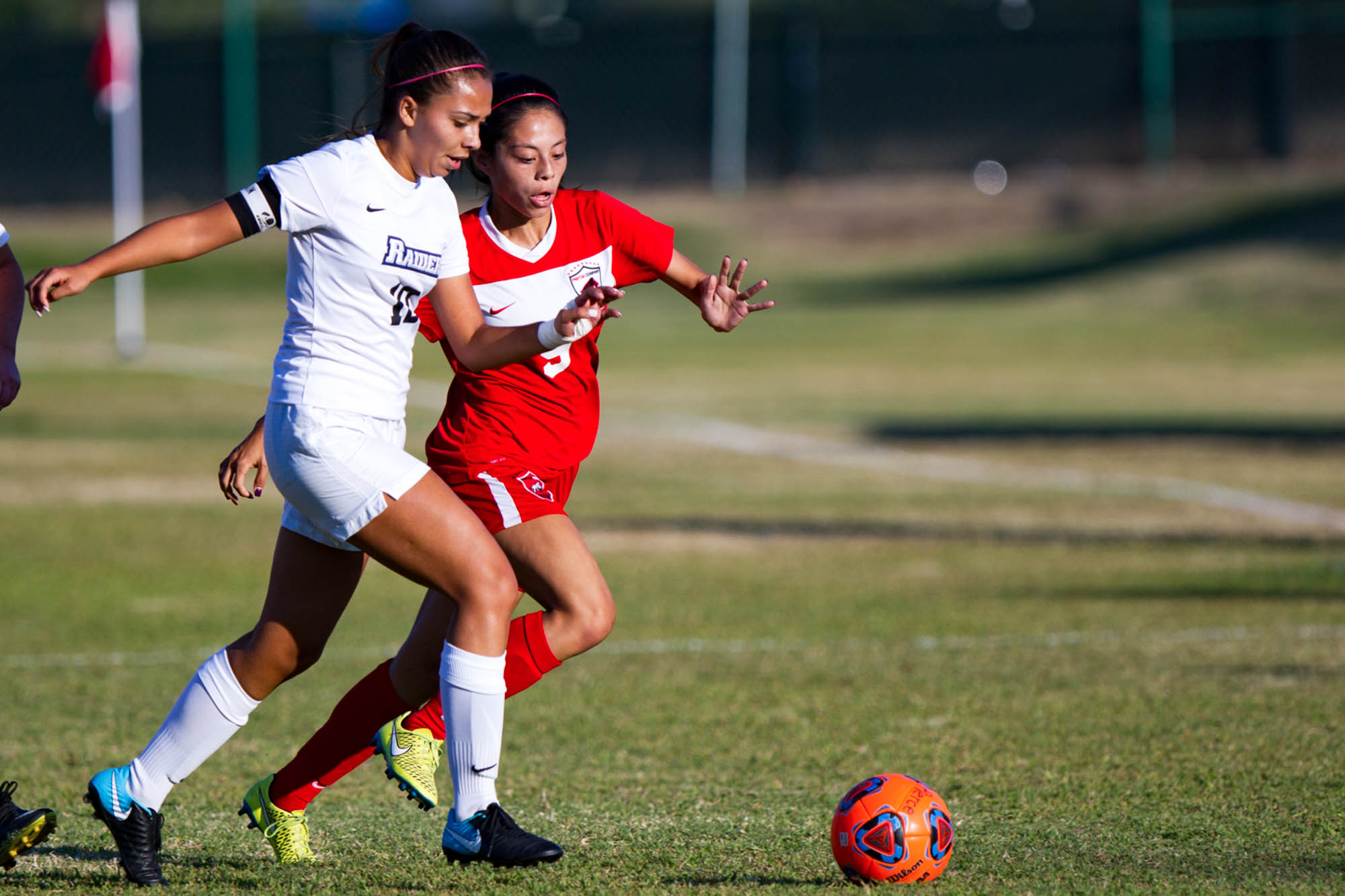 Physicality played a key role in Tuesday’s soccer game as the Brahmas won against the Moorpark College Raiders 1-0.

The game started out with players from opposing teams greeting each other and the audience standing for the national anthem.

As the game began, it turned into what was a tough play, according to Tylee Low, who plays forward.

“It wasn’t a bad game,” Low said. “They brought their physical best and knocked us around a little bit, but I think the smartest team won.”

Ashley Oviedo, team captain, thought that the team had a positive vibe all day.

“Starting with our warm-up and into the game, we were very energetic and wanting to win, and when that goal finally happened, we were able to keep that energy going,” Oviedo said.

The goal was made in the first half of the game by team captain, Gisell Cruz. Oviedo said that Cruz’s goal was well deserved.

“I thought it was beautiful, I knew it was going to happen,” Oviedo said. “I’m happy for her.”

Though only one goal was made, Pierce came close to making others, as the ball went off the post two separate times.

According to Cruz, figuring out how to make an early goal and keep the lead, resulted in the team coming out on top.

“We came out very strong in the beginning, which made us work together,”  Cruz said. “I think we dominated the first half, which kind of freaked them out, which helped us since we were leading 1-0.”

Low said that Moorpark continued to be scared throughout the game.

According to Oviedo, frustration was apparent between the Moorpark team, which benefited

“The girls on the other team were pretty rough with each other, but we were able to keep the calm of our play and just play our game,”  Oviedo said.

In the second half, players Lenea Chavez and Alyssa Rodriguez from Moorpark, were handed yellow penalty cards from the referee, which resulted in Moorpark’s coach, Miguel Ruiz, commenting on the matter from the sidelines. He was asked by the referee to remain silent.
According to head coach Adolfo Perez, his team grinded it out and the players did a great job.

“I thought we played hard and organized,” Perez said. “Our defense was keeping us in and I’m very proud of them.”

Before the first half ended, Moorpark player, Kayla Scott, seeked medical treatment on the sidelines and did not play for the rest of the game.

The next game will take place on Friday at 4 p.m. at Victor Valley College.