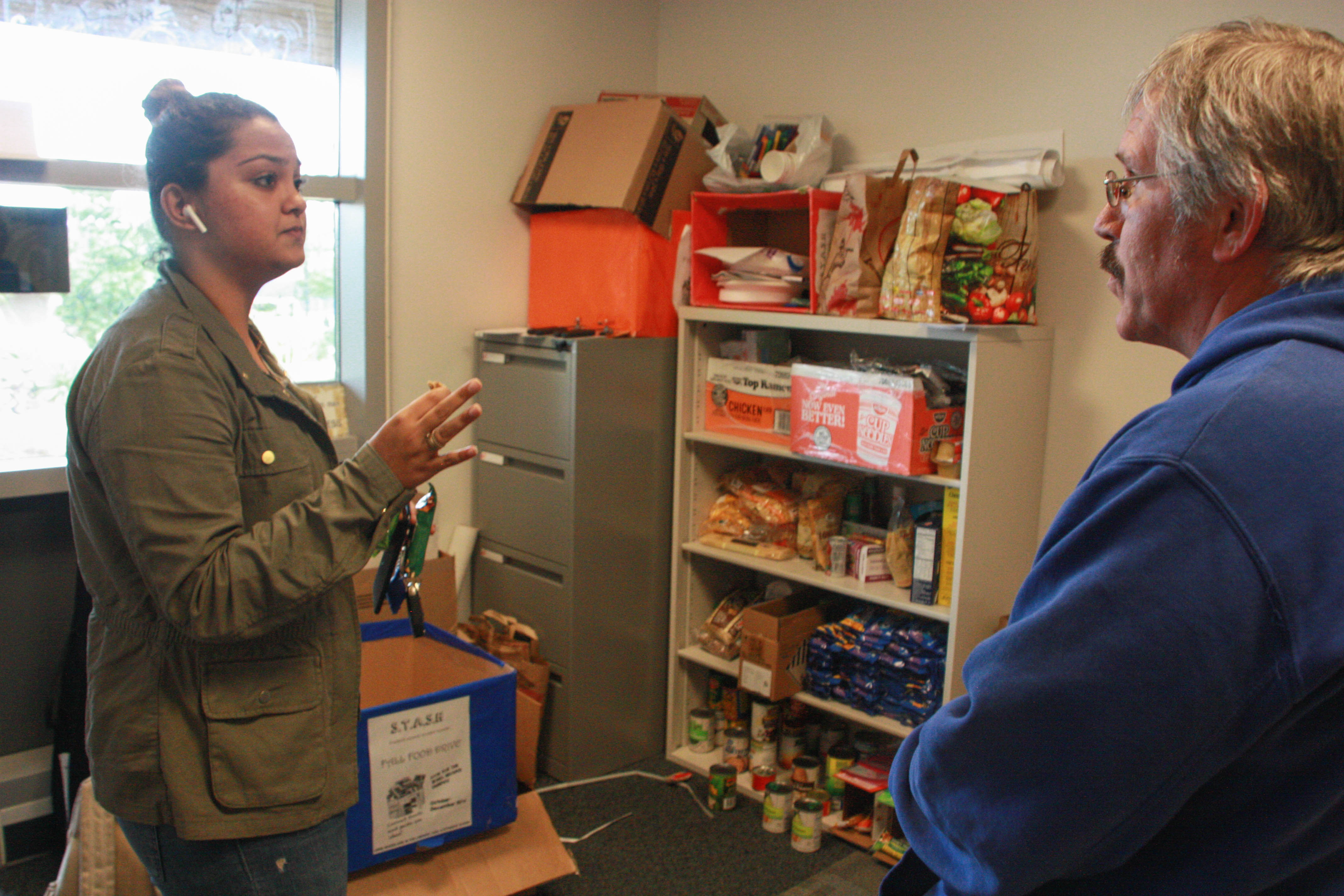 A study conducted by the Los Angeles Community College District revealed that more than 60 percent of students experienced food insecurity last year, and 18 percent of those students were homeless.

To address the issue, the Board of Trustees announced in its last meeting that it was joining the National Student Campaign Against Hunger and Homelessness to raise awareness and help provide resources. However, Pierce students have taken initiative and formed established groups that provide aid to students in need.

Nov. 11-19 is National Hunger and Homeless Awareness Week and at Pierce, Students Against Student Hunger (St.A.S.H) will be having a plate signing event on the Mall Wednesday, in which students will write on plates and express how they feel and experience going to sleep on an empty stomach.

Christopher Lay, the advisor of St.A.S.H, referred to another recent study that states that one-in-five students are homeless in LACCD.

“The need is out there. We just don’t have enough students taking advantage of what is available,” Lay said. “That’s why the constant effort of awareness is so important. That’s why next week is so exciting.”

Food donated to the pantry during the week will be available on the Mall during the plate signing event for students to stop by and grab whatever is needed.

Jordan Rice, the president of St.A.S.H, said that they will host a Thanksgiving drive and on the Mall Wednesday, Nov. 22, and food will be distributed.

“We’ll have options so people can create that meal and still be able to experience what a wonderful abundant holiday we have,” Rice said.

Rice said hunger is not just a student issue, it also affects others locally and statewide.

“As a community, we have to recognize that this is a real issue. We are in L.A. It seems like we have everything. We are in the land of abundance, but of course there’s still people struggling and that’s not right,” Rice said.

Lay said students should not hesitate to recognize that they are in need of food.

He said students should take advantage of the food pantry created by the partnerships of St.A.S.H, the Associated Student Organization, the Brahma Initiative and all the volunteer students who have donated.

“It seems obvious, but we live in a society that stigmatizes food insecurity. People like to act like it doesn’t exist,” Lay said. “People are ashamed to not have enough to eat. If we are able to overcome that stigma, we can get people to come get food.”

Lay said that more college students are recognizing that they have to make a choice between education or a meal.

Lay said food is necessary for life and learning. He said the pantry is a student effort, and he is amazed people are willing to help.

Lay said he is not aware of actions being taken by LACCD during National Hunger and Homeless Awareness Week. He said St.A.S.H has not yet asked for help from administration.

“At some point, we will be asking Pierce College, and then maybe even the district, for assistance, but right now, it is specifically students fighting against student hunger,” Lay said.

However, Rice said that LACCD is aware of hunger and homeless problems that many students face.

“LACCD has taken a proactive stance in understanding that we have a huge issue here where students on all levels are struggling and can’t afford to buy their own food,” Rice said.

Chair of the Community Welfare Committee Gisela Tarifa said she works with St.A.S.H by helping them spread awareness about their issues and events. She said she coordinated the Thanksgiving drive, told STASH about doing the halloween costume drive and has been working on expanding their food pantry.

Tarifa said they are going to have about 50 bags with food, that feed two or three people each, and distribute them during the Thanksgiving drive.

“We know that there is a need for it on campus, but unfortunately with the way the information has been spread out, we don’t know the right amount of bags that we should have for students,” Tarifa said.

Tarifa said the main goal this year is addressing the situation in LACCD that students are experiencing food and housing insecurities.

“A lot of students don’t say that they are struggling because they are afraid somebody will make fun of them or not understand them,” Tarifa said.