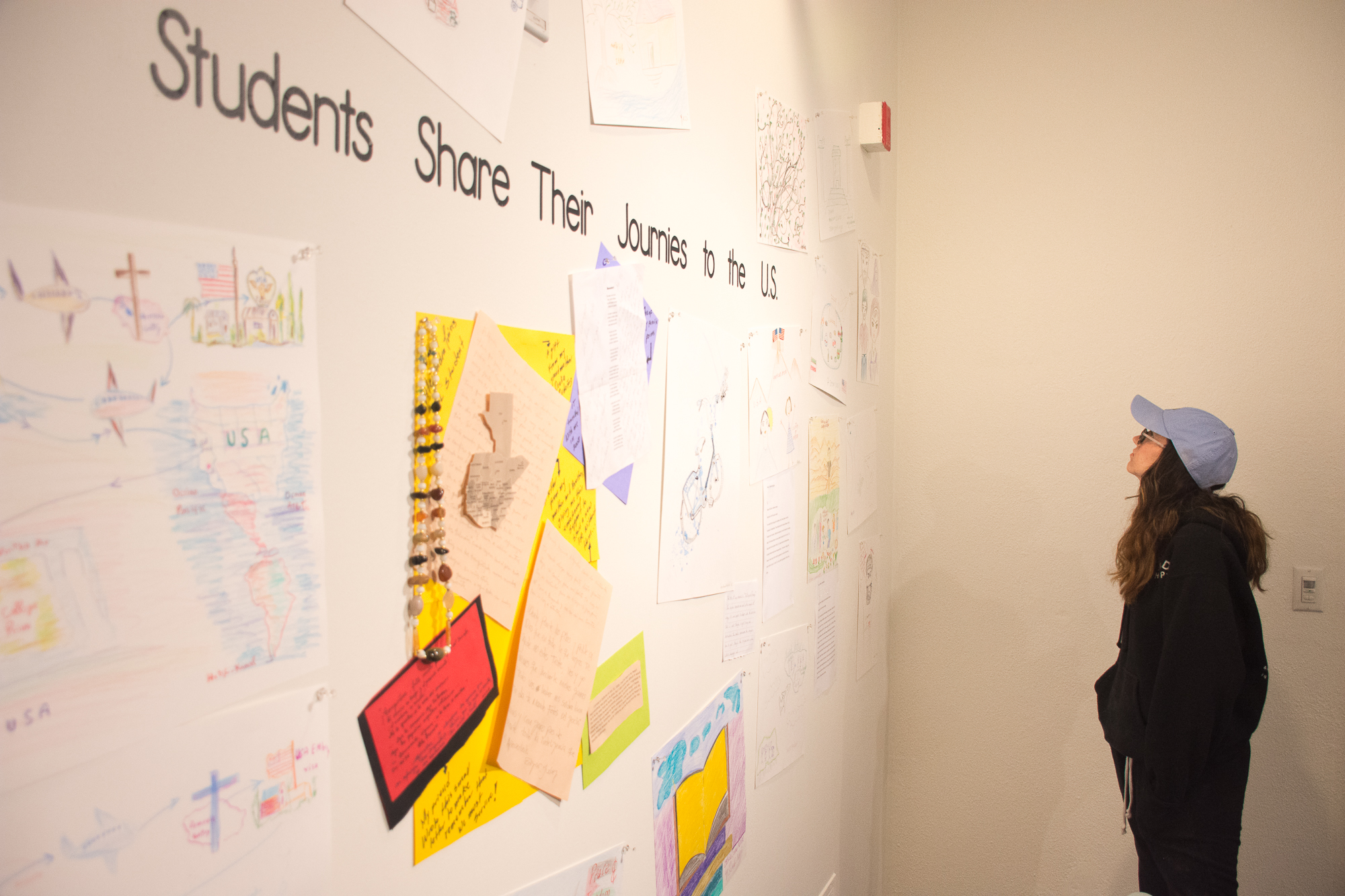 An old Irish passport, a photo collage of Holocaust victims, and a trunk filled with family mementos.

What might look like a list of items found in a flea market can have a deep, emotional and universal meaning when placed in the proper context.

The One Book One Campus novel “Enrique’s Journey” was selected to create thoughts and conversation about immigration, and is open until Dec. 15.

Art Gallery Director Monica Ramirez Wee said that the intention of the exhibit was to shed light on people’s stories. The show was formed in collaboration with the Pierce community and members were encouraged to lend mementos.

“I had people come up to me telling me that they couldn’t tell me their stories,” Ramirez Wee said. “They want to share their stories, but they have concerns about why they don’t want it publicly known.”

In the Art Gallery, there were walls that were left blank. Wee said this was done on purpose to illustrate the absence of the stories that could not be told.

“The whole topic of immigration is fraught with so many different feelings and opinions,” Ramirez Wee said.

To encourage visitors to share their stories there was a wall for people dedicated to add their stories and thoughts. Ramirez Wee said that the space was set aside to help demonstrate how the show encompassed everyone at Pierce College.

“We had to think about the fact that once people come and see the show they’ll say, ‘I have a response to what I’ve seen, and I want to say something about it,’” Ramirez Wee said.

Outreach Librarian Lisa Valdez said that that the gallery should resonate with everyone. The exhibit shows commonality and awareness of the larger issue of immigration, she said.

“It is showing that at one time or another all of our families were immigrants,” Valdez said. “We have all made some type of journey.”

Valdez said that she was happy with the way the exhibit turned out, and people wanted to share stories.

“It’s great that people were so proud of their family and their heritage,” Valdez said. “That they want to share it and other people want to celebrate it.”

Despite the many stories that were shared, Valdez said she understood why some people might not want to share their own.

“Some people don’t know who to trust,” Valdez said. “There is a greater concern that they will be sent back to a place where there is no chance for survival.”

However, Valdez said, there is going to be a platform for the people that couldn’t share their stories in the exhibit.

“The Film Club is going to be doing some documentaries with students, giving them the opportunity to tell their stories,” Valdez said. “We are preparing a film festival on immigration that we will be having in the spring.”

Michael Breslow, 19, said that he loved the exhibit and was thankful for the risks his family took to provide a better life.

“My mom isn’t from the States. She immigrated when she was very young,” he said. “The fact that I was born in the States is kind of a miracle.”

Breslow said that his great grandparents, moved from place to place to have a better life.

“They escaped Russia during the Bolshevik Revolution,” Breslow said. “They ended up immigrating to Mexico. And created a clothing business in Mexico and moved it to the States.”

Breslow said he was thankful that they made an effort to have a better life.

“It is a huge blessing,” Breslow said.

Breslow said the exhibit is needed on campus.

“It sheds light on people’s stories that get overlooked,” Breslow said.