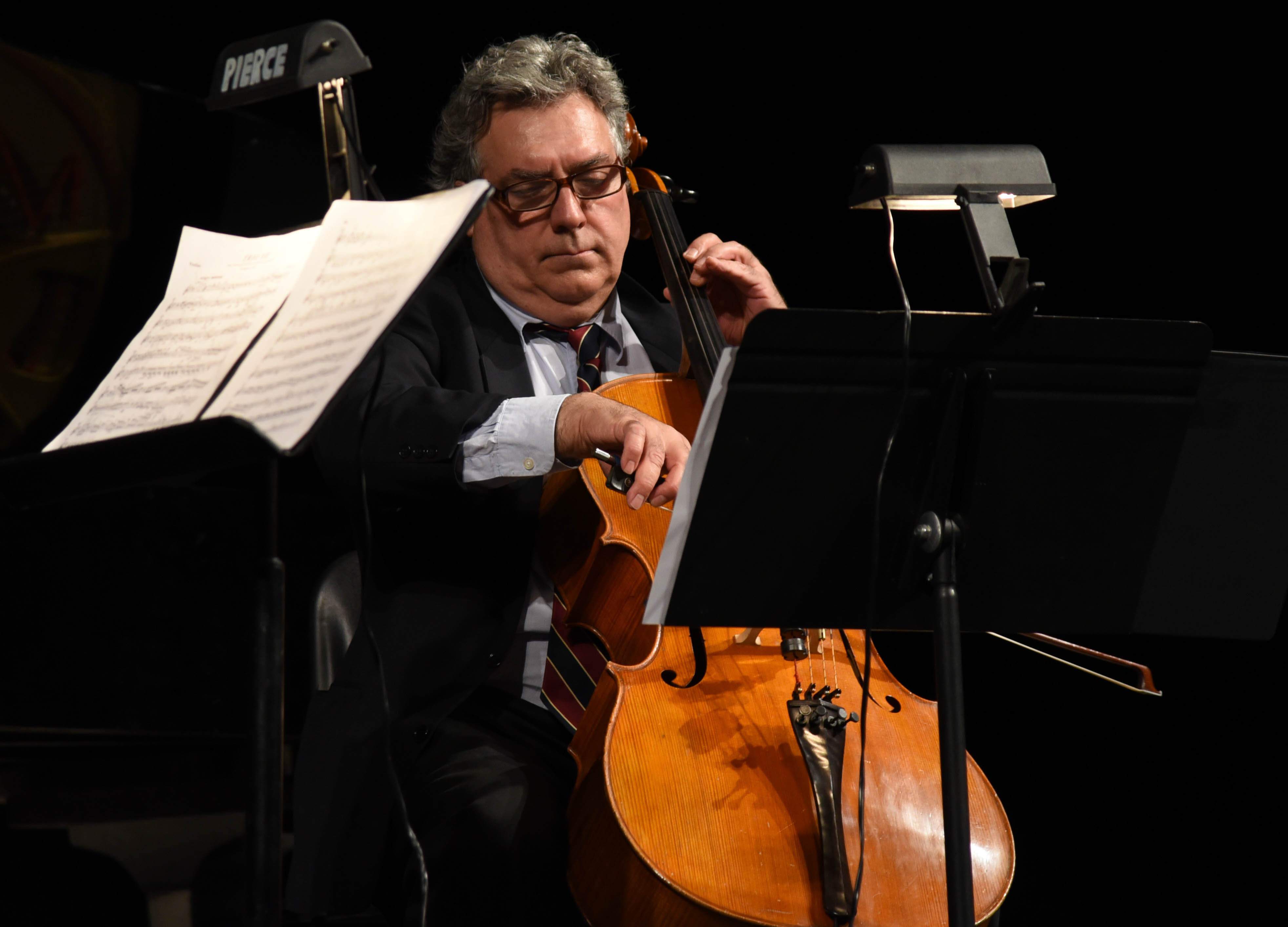 The violinist raises her instrument to her chin with her bow in hand, while the cellist pulls the neck of the cello closely against his chest and the pianist lays his fingertips against the keys, as their music sheets sit neatly on stands with a lit lamp that warmly glows over their scores.

The three musicians articulated the complexity of melodic sequences that expressed their musicality through swift and precise bow movements and the methodical selection of keys.

The Thursday concerts are sponsored by the Association Student Organization (ASO).

The trio played chamber music that portrayed emotion at every turn. The trio opened their performance with Gabriel Faure’s Pavane. This piece was transcribed for violin, violoncello and piano by H. Busser.

The second piece played was Ludwig van Beethoven’s “Archduke Trio.” This was a 45 minute performance that took the audience on a journey through various emotions.

Krejci said the trio originally planned a Czech program, but plans changed when she woke up one day hearing the “Archduke Trio” play in her mind.

“It was like the whole trio was playing in my head, and it was like records going,” Krejci said.

“The Pavane was an appetizer for the main course,” White said. “But then you get to the Beethoven piece, and it’s all strife and struggle and the opposite of Pavane. You have to change gears.”

White said the Beethoven piece takes you through an emotional journey.

“You get to fall in love for a little and then go to someone’s funeral. It’s a treat to play and fun to listen to,” White said. “There’s nothing I would rather be doing than going through a huge piece like this that’s 45 minutes long. I’m never bored for a minute.”

Music Student, Arcen Vaganyan said when it comes to classical music, Beethoven is one of his favorites.

“He gives you a positive vibe and then a eerie vibe. It’s kind of crazy, but it’s a nice mix,” Vaganyan said.

Krejci said she hopes the students enjoyed their performance.

“I hope our performance inspired them to listen to classical music and go to concerts, and maybe find some special enjoyment by finding a new genre in their life,” Krejci said.