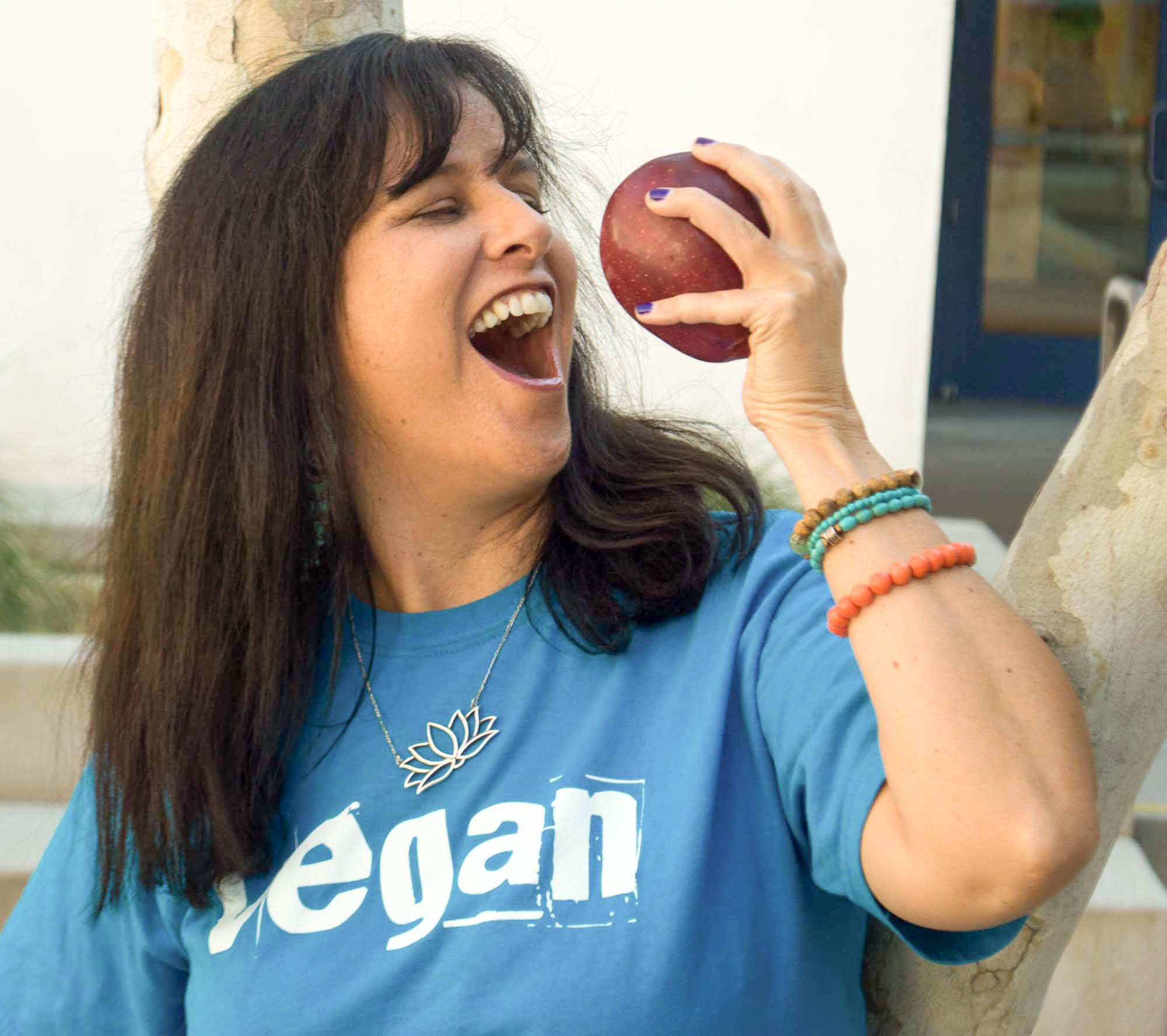 What does it mean to be vegan?

For Stephanie Winnard, it means choosing to eat a plant-based diet, protecting animals and raising awareness about the animal and environmental issues that a normal diet causes.

But it also means having a more empathetic relationship with the world, Winnard said.

Winnard, who grew up in Woodland Hills, attended the University of California, Berkeley, where she obtained her bachelor’s in psychology and later received her master’s at Pepperdine University.

“I grew up eating meat and dairy like your typical American family,” Winnard said. “I was a lacto-ovo vegetarian for 15 years, which is a person who doesn’t eat meat, but still eats dairy and eggs.”

Being vegan is a big part of Winnard’s identity.

“I embrace the philosophy of nonviolence, trying to cause the least amount of harm to all beings that we share this planet with, and trying to leave the lightest footprint possible on the planet,” Winnard said.

While working in educational therapy, Winnard discovered her love for teaching children. Winnard said the director asked her if she would teach at the school there.

“I never looked backed after that, and I decided that I was going to pursue teaching,” Winnard said.

“I fell in love with the people and also with the art of teaching,” Winnard said. “The experience led me to realize that we are all connected, and that we should treat others with kindness and compassion.”

Winnard said she later expanded her compassion to include, not only people, but all animals as well, which led her to become a vegan.

“I strive to be a responsible citizen of the world, and to create a better, more peaceful world for all earthlings,” Winnard said.

Winnard is certified in plant-based nutrition and thinks a vegan lifestyle will bring peace and happiness to the earth.

Winnard spends most of her time speaking out against injustice.

“I’m an activist. I care about a lot of things,” Winnard said. “I was a peace activist, environmental activist, now I do vegan activism. I do a lot of animal rights activism, I try not to be silent.”

Winnard has been vegan for 11 years and finds it to be the best decisions she has made so far. Winnard said the reason for her change in lifestyle was due to learning about cruelty in the dairy industry.

“I said I’m going vegan because I want to be a serious environmentalist,” Winnard said. “My only regret is that I didn’t do it sooner.”

Vegan Society Treasurer Galit Ashkenazi said Winnard’s passion to be involved in the Vegan Society inspires her to do the same.

“She helps a lot with the vegan club, she goes above and beyond for things that aren’t her responsibility,” Galit said.

Spreading the movement on campus has been nothing but positive reception, Winnard said.

“We find students to be so open minded to it, so curious about it, and appreciative that they want this information,” Winnard said.

Instructor of political sciences and Vegan Day panelist Denise Robb said she is inspired by Winnard’s dedication to the students.

“She has such a big open heart and is very loving and kind,” Robb said. “She puts on great events for the students.”

Winnard invites students to join the Pierce Vegan Society, which meets every Thursday from 12:45-1:45 p.m. in Behavioral Sciences 1311.

“We have all these amazing new products that are on the market,” Winnard said. “In Los Angeles, we have more than seventy 100 percent vegan restaurants.”

Winnard said spreading the vegan movement on campus is an important goal for her and the Vegan Society.

“It would benefit the common good,” Winnard said. “If we could have a global shift to a plant-based diet, this would make a huge difference to all earthlings and for future generations to have a livable planet.”