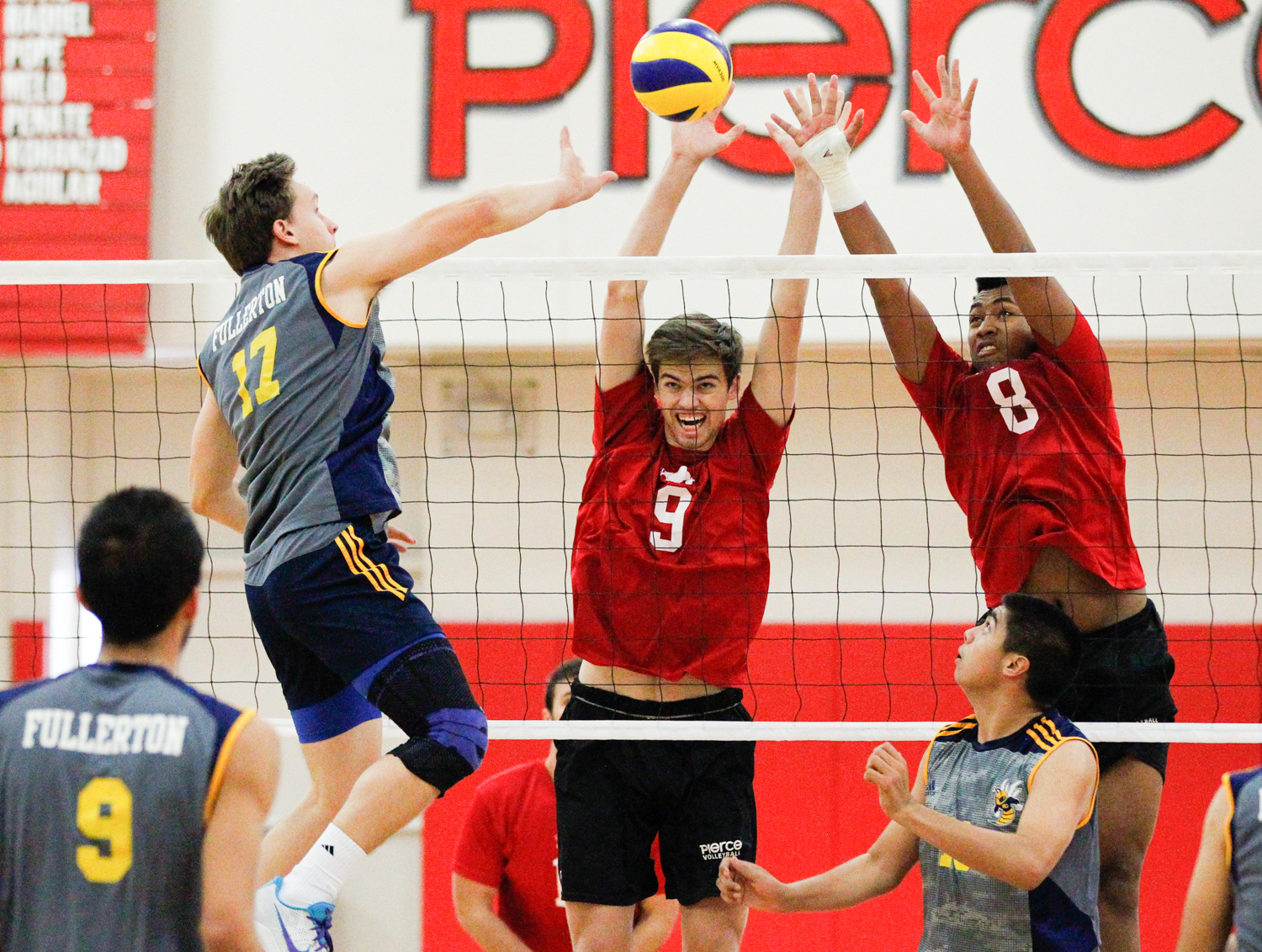 The Brahmas were brought down from their high after defeating San Diego Miramar College Friday evening when they faced the Fullerton College Hornets Wednesday night.

Cole Chea led the Brahmas in kills with 17, one more than Jayson Moore.

Head Coach Lance Walker said the team’s mentality after the second set played a role in their performance, which led to their defeat.

Walker said the loss was a learning experience for the team and said his players should be motivated to stay focused on upcoming games throughout the season.

“Forget about this game, but learn from it. Next game is a different opponent and different group of guys,” Walker said.