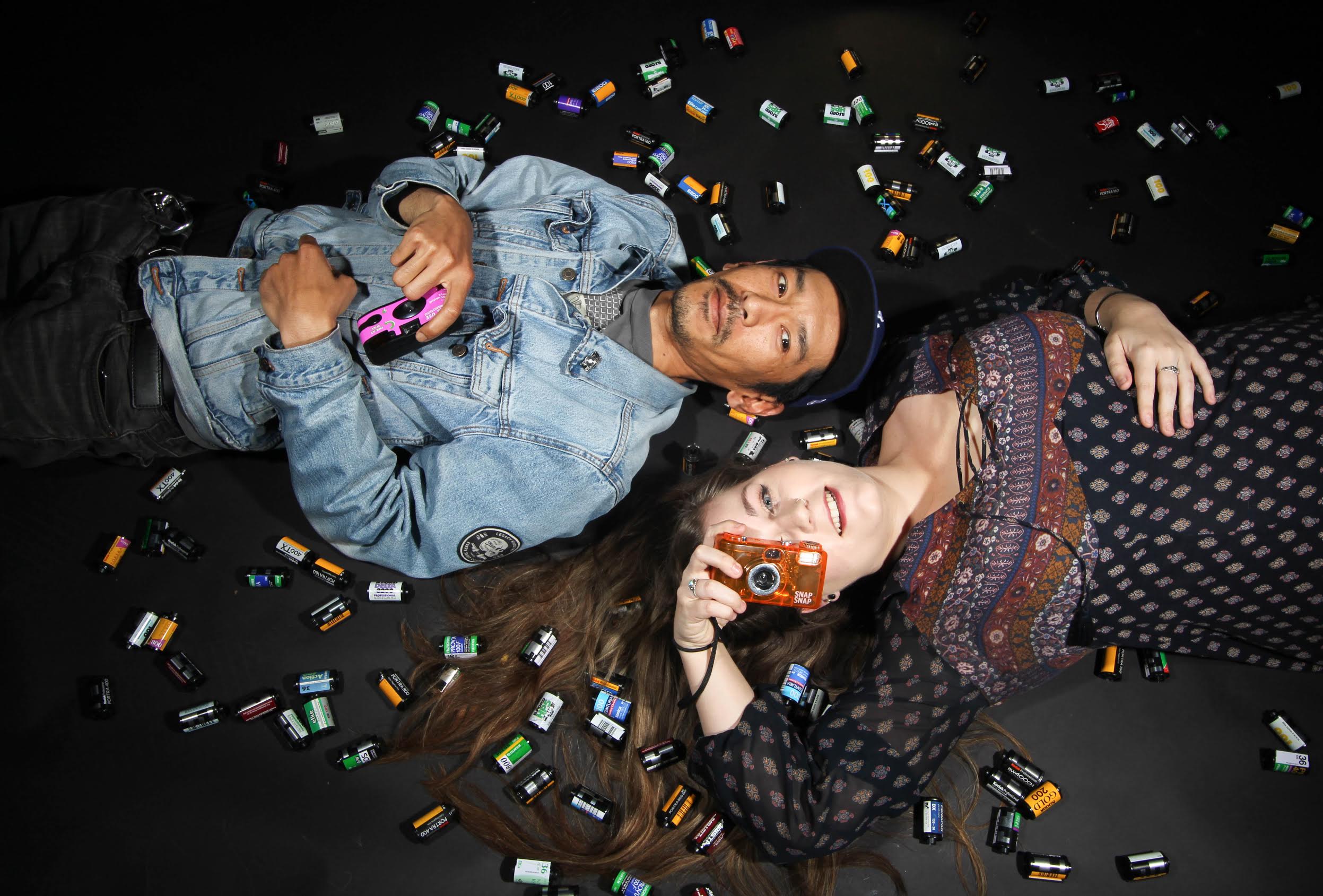 A disposable camera with a built-in roll of film worth $20 was used in place of a Hasselblad 500cm that retails for about $1600 to show that fine art is not defined by the quality of equipment, but the skill and artistry of one’s creative mind.

Photographers equipped with inexpensive disposable cameras showcase the pictures that are captured with them for Cheap Shots, an exhibition which will be on display at STU/FF in Hollywood on Friday, March 16. The three-hour showing starts at 7 p.m. and it’s accompanied by jazz and an open bar.

Mohammed Djauhari and Skylar Lester are Pierce College alumni and veterans of the Media Arts Department.

But, as they look beyond Pierce, Djauhari and Lester continue to avail themselves of opportunities to pursue their passion: photography.

Djauhari and Lester were invited to participate in the project by friend and fellow photographer Joon Song.

Song, the deviser and curator of Cheap Shots, said the inspiration behind the project came from a gradual acknowledgment that disposable cameras urge photographers to focus on the scenes rather than on the capabilities of their cameras.

“I’ve seen people over the years with disposable cameras, and I would think, ‘Who still does that?’ because I thought that cell phones and digital cameras sort of eliminated the need for those,” Song said. “But once I started getting more into photography and messing with higher quality cameras, I realized that there was something to be said for disposable cameras because they make you focus on composition.”

Song said that disposable cameras do not have features such as adjustable shutter speeds and apertures, which takes many of the technical aspects involved with capturing high quality pictures out of the hands of the photographers.

“With these cameras, you basically have to take your shot, sit back, wait and pray,” Song said. “They have that element of magic and serendipity. A lot of the shots you take with them will be bad, but every once in a while, you’ll capture something that’s really powerful.”

In taking photos for the project, Djauhari said that, rather than presenting him with notable challenges, using a disposable camera actually made his street photography easier in some regards.

Djauhari said carrying a disposable camera with him as he took to the streets put his subjects more at ease.

“When you’re out there, a lot of people look at you with that kind of ‘stranger danger’ mindset. People get weirded out because street photographers don’t really blend in with the crowd. But, with the disposable camera, I felt that people were less intimidated and were more open to me,” Djauhari said.

Lester said that the work she produced for the project combines her proclivity for fine art photography with an examination of human sexuality. She said that the unique appearance given to her photos by the disposable cameras complemented the novelty of her subject matter and inspired her throughout project.

“It’s definitely a new and different theme I’ve been following, so I think it was cool to have a new look that matches it,” Lester said. “I couldn’t help myself. I shot through two disposable cameras. We were only supposed to use one, but I was really excited.”

“You don’t need a big, fancy, expensive camera to take a good photo. All you need is a good eye and the skills to compose,” Djauhari said. “The best camera for the job is the camera you have on you.”

Song said that he began the project to challenge himself and showcase the different perspectives and bodies of work that others are able to produce when they are given the same basic tools to work with.

“I realized I was sort of limited by my particular style, so I wanted to see how other photographers would react and what they would come up with when they were given the same kind of stimuli,” Song said.

Djauhari said he stuck with his penchant for documentary photography for Cheap Shots partly because he noticed that the subject wasn’t being covered by other photographers, but also because he was curious about how the pictures produced by a disposable camera would differ from those he normally takes with a film camera.

“For the most part, my shooting has always had a fly-on-the-wall style to it. And, going in to the project, I rarely saw any street or documentary photography,” Djauhari said. “So I thought, since I’m a street shooter, I might as well go about this project like I normally would, just with the disposable camera instead. I wanted to see how my work would look with that DIY, cheap aesthetic.”

Lester said she was somewhat concerned that the provocative nature of the work she created for the project would reflect poorly on her, but also expressed confidence that she would be able to offer context that would subvert negative impressions.

“I’ve worked my whole career to build this professional persona, and I don’t want to smear it in anyway. But, at the same time, I want to explore these different themes that are interesting and very relevant to me and other people at this point in our lives,” Lester said. “As an artist and a photographer, I’m fascinated by all sorts of subject matter, but my coverage doesn’t mean that I’m involved in what my pictures show.”

Lester said that the impressions left on viewers by her photos can be various, but the feeling she takes from them is definite.

“It’s art; you can take away whatever you want from it. But, at the end of the day, I’m proud of my work,” Lester said.

Djauhari said that the work produced by the photographers participating in Cheap Shots illustrates the fact that vision can adapt to and overcome both obstacles and handicaps.