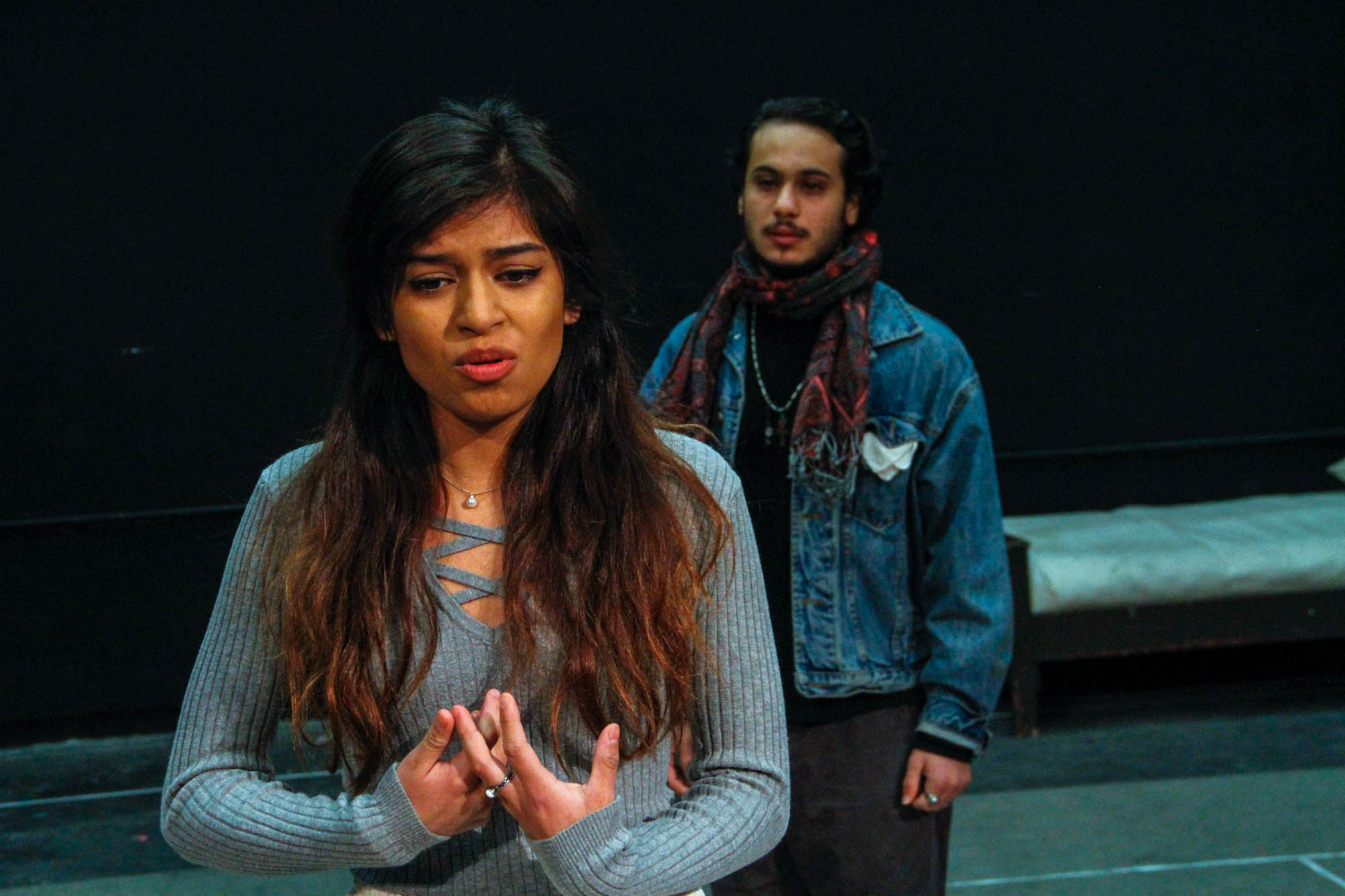 Federico Garcia Lorca’s “Blood Wedding” takes the audience back to 1930s Spain on the dramatic eve of a wedding.

In the Pierce College spring production of Federico Garcia Lorca’s “Blood Wedding,” the audience will travel back to 1930s Spain on the eve of a wedding.

The play directed by Valorie Grear, a returning director to Pierce, who has done productions including “Born Yesterday,” “An Enemy of the People” and “Fences.” Under Grear’s direction, this season’s show will bring an element of innovation to Lorca’s classic play.

Grear said she goes beyond the scope of a traditional setting of a “rural Spanish tragedy.” She said the vision for the play’s set is minimalistic, as the structures are all white with a textured floor and few furnishings.

The set would be similar to a “Greek tragedy with the emphasis on the language and not so much the props or the setting. They’re still natural in their behavior when the mother and the son are talking – they sit, they cross, they embrace all of those things, but it’s just not cluttered in the naturalistic environment.” Grear said.

Grear said the set’s simplicity emphasizes something greater–the play’s dialogue. Lorca’s writing and the actors’ portrayal of it is meant to be the focal point of the show.

Emely Chavez, who plays the Bride in the production, said that the play follows the Greek tragedy set up.

“The whole story revolves around the bride’s marriage. So a lot of the time, I am center stage and I am open to everybody,” Chavez said. “That’s a style that Greek tragedies follow.”

Bryan Rojas, who plays the Bridegroom, said Lorca’s language is important to the play because this helps the audience understand the complex emotions.

Rojas said his character has a very complicated family history that has resulted in a feud between his family and the bride’s ex-lover Leonardo and his family. The dialogue between the Bridegroom and his mother allow the audience to feel a deep sense of empathy for the family members he lost, resulting in the feud.

Michael Messiha, who plays Leonardo, said the audience can expect a family feud backdrop, a love triangle and a theme that exhibits resistance.

“With the bride, she doesn’t know if she should resist the flames of Leonardo or if she should follow her new journey with the Bridegroom,” Messiha said. “It’s all about resisting and the outcome of what happens if you don’t resist.”

Grear said the three leads are acting on the stage for the first time.

She said that while choosing her cast, she decided to select younger and less seasoned actors. Despite its challenges, the importance of this decision is what added to the narrative and realism in the play’s adaptation of Lorca’s work.

“When you’re using younger actors, there’s a lot of just working and teaching acting as you’re going,” said Grear. “But I’m very proud of them, they’ve worked so hard and have dug deep to understand the play.”

“Blood Wedding” will run from March 23 to April 1 at the Dow Arena Theatre. You can reserve your tickets now at brownpapertickets.com.