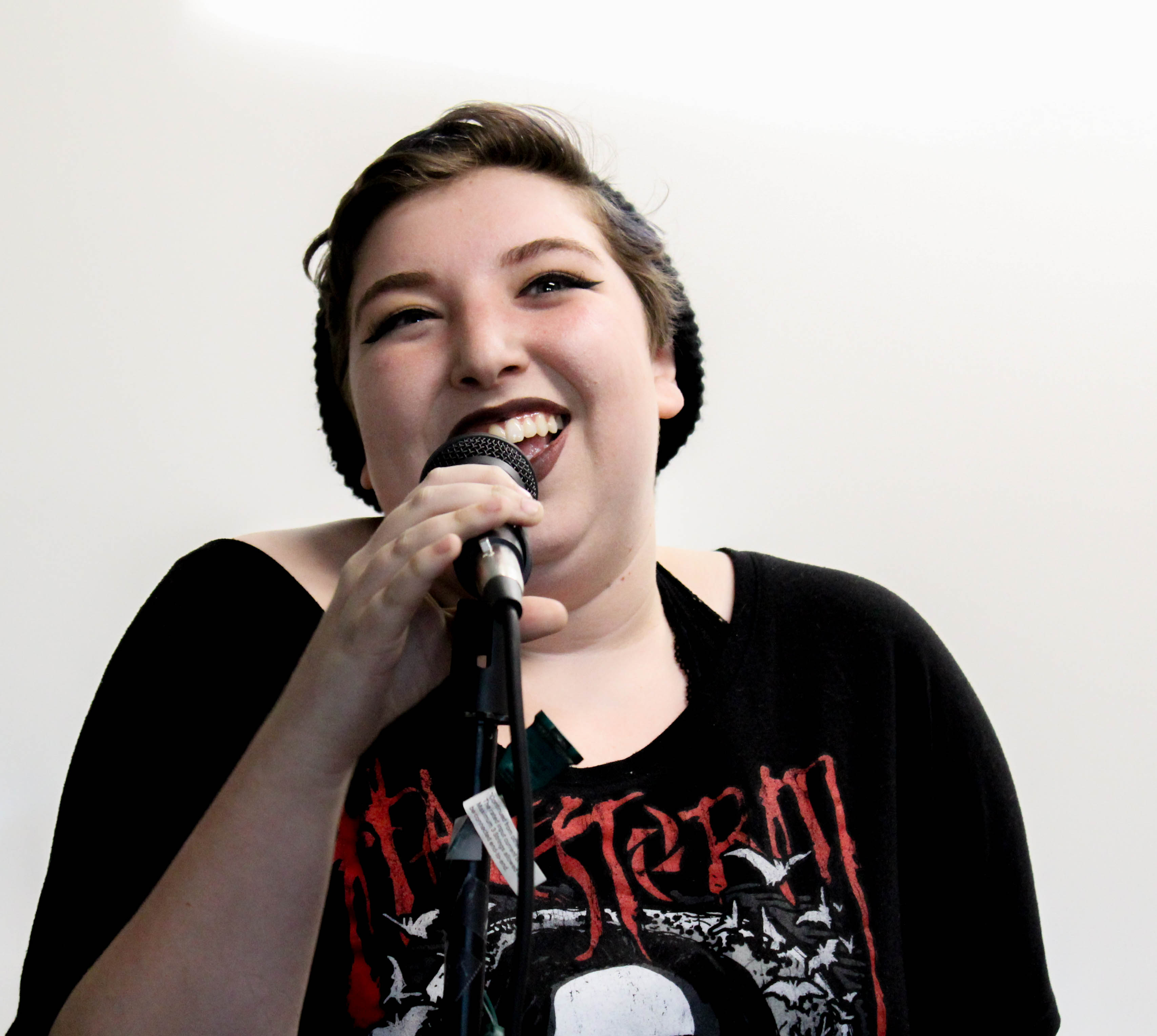 With a microphone in one hand and a phone full of poems in the other, Emma Greenberg stepped to address the room full of poets, writers, singers, painters, actors and artists. Provided with a forum to share her emotions and experiences, she recited a poem detailing an altercation she had as a young girl that resulted in her being sexually assaulted and how it changed her life forever.

Whatever form the students’ art took, the open mic night held by “Direction,” Pierce College’s Literary Magazine, gave them the opportunity to express themselves and offered activities, including  a confession booth and six word story writing.

Dustin Lehren, english instructor and adviser to the Literary Magazine, said that the event was organized by students, for students, and the magazine itself has a long history at Pierce College.

“We are featuring the public writers of the school’s literary magazine that has an over 50-year tradition on campus. We’re just trying to bring it back and show it to as many students as we can,” Lehren said.

Many artists shared their emotions and feelings on personal matters with the audience. Some spoke on battling anxiety, others sang and showcased their artwork.

Greenberg, a Pierce and Valley college student studying mathematics, talked about the events in her life leading up to discovering her new found love of poetry.

“I started writing poetry when I was 17, and 17 was a really difficult year for me. We thought my dad had cancer, I was failing a lot of my classes, and it was also right after I had been sexually assaulted for the first time. I had started developing an eating disorder around that time. I was in a very bad place.”

Greenberg said the open mic she regularly attends in Woodland Hills is shutting down, and it was a coincidence that she came across the opportunity to perform alongside her peers at the open mic night organized by “Direction.”

“I was very excited because I had been looking around a lot for new ways to get involved on campus with things i’m interested in that didn’t involve tutoring in math and so I was very excited to find this. It’s so amazing to see so many incredible artists come out from around campus.”

Alice Payne, a student studying Philosophy, also performed a poem at the event. She said the English Department has encouraged her peers to get involved in the arts.

“Pushing them to put their work and everything that they stand for out into the world is beautiful. It should be done more,” Payne said.