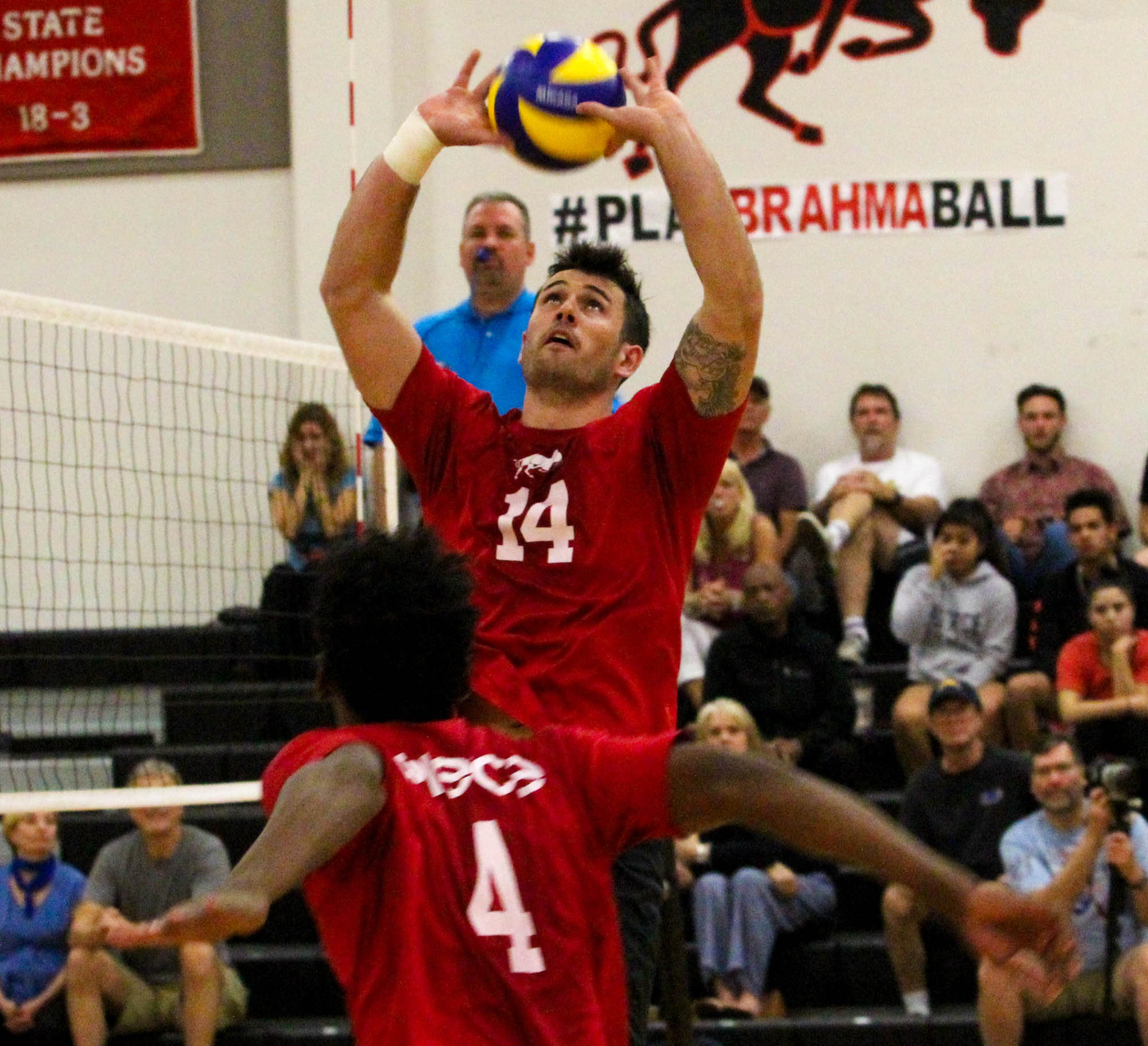 Men’s volleyball has another reason for celebration as seven Brahmas along with their assistant coach Teddy Niemira were awarded for their performance in conference.

Niemira was named coach of the year, while team captain Bernardo Roese was named the most valuable player.

Niemira said all the players deserved to be recognized for their hard work and dedication.

“Chea’s hitting windows are the eighth wonder of the world because of  the huge varieties of sets,” Niemira said.

Niemira said Roese as a standout player that can achieve anything.

“The fastest car in the world can not go without the driver and that is Roese,” Niemira said.

Norukus said he is happy to be honored and he thanks one of his teammates for helping get to that point.

“It is definitely a great feeling. Obviously it shows the hard work I put in this year, but really I couldn’t of done it without Roese,” Norkus said.

Norkus said that his playing ability and work ethics has become a different experience since moving from high school to college.

“I have noticed that transferring from high school to college is  that I had to step up my game in terms of weight training that help me improve my game, which is the biggest factor to where I am today,” Norkus said.

Petuhov said it is a great honor for him to be a member of the second team.

“This is my second year on the team and last year I did not make it, but with a lot of hard work and progress I finally made it,” said Petuhov.

Roese credits his team for being the MVP this season.

“It feels good being team MVP but think it is more about my team because I do not play alone,” Roese said. “It’s all about work in practice, the weight room and on the court.”