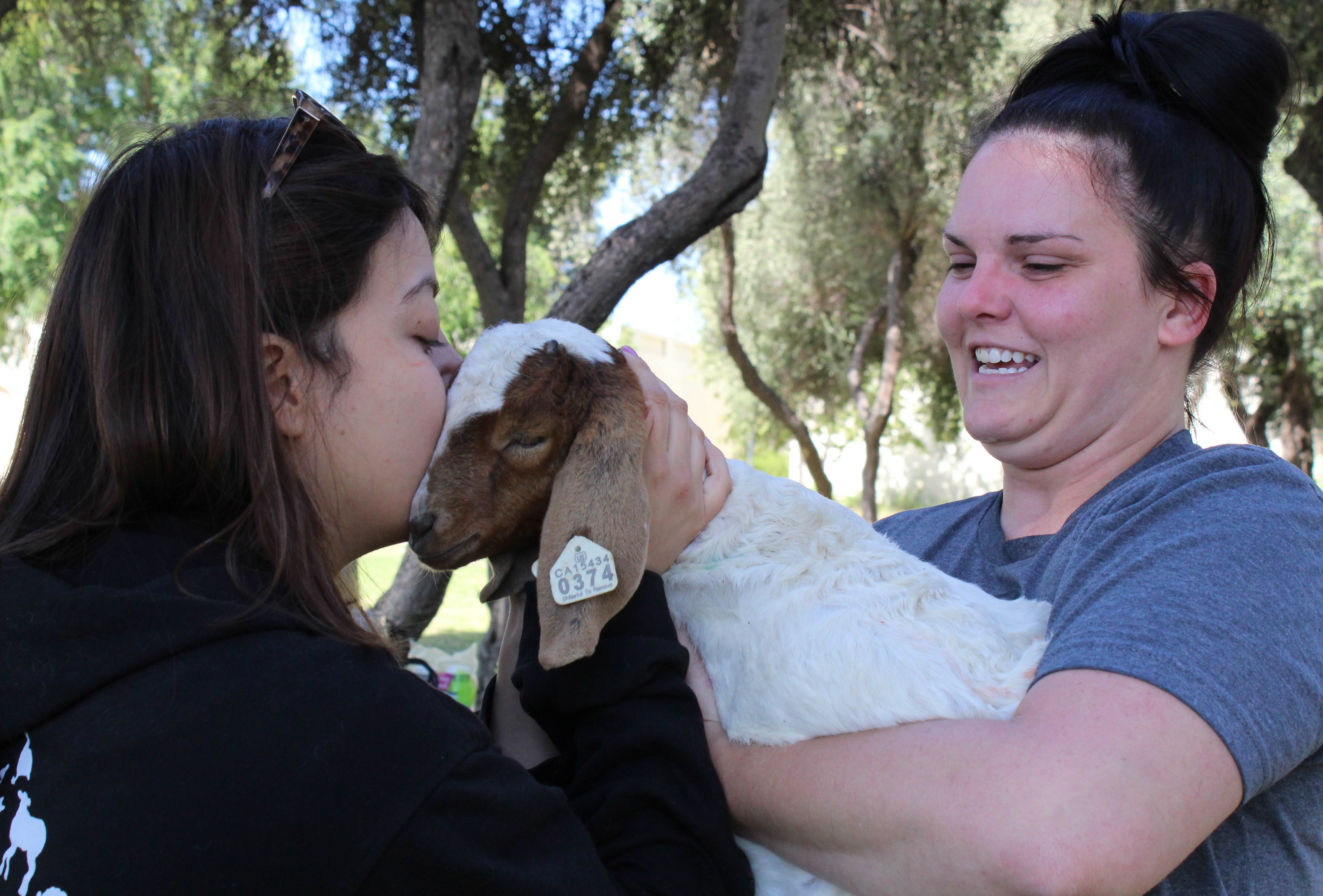 Little bundles of fur with hooves and horns hop, skip and frolic through aisles of yoga mats within a gated coral, while occasionally nibbling grass, hair and loose items alongside 20 students in mid yoga poses.

The abundance of baby goat bleats and cooing seem to sum up the ambient sound hovering over Rocky Young Park.

Pierce College offered students the opportunity to sign up for Baby Goat Yoga. Only a few spots were available and they filled up quickly.

This trendy activity is all the buzz and incorporating it on the Pierce campus allowed students and the farm to collaborate to help relieve stress while cuddling up to cute animals.

While hosting a charity auction for a child’s birthday party, a mother inquired about instructing a yoga class on Morse’s farm where the goats roam.

After Morse, a photographer, shared and promoted photos of her yoga class that captured the attention of mainstream media.

After the word got out – goat yoga became a fun way to merge fitness with friendly farm goats.

The concept is a widespread phenomena that has made its way to the Pierce College campus.