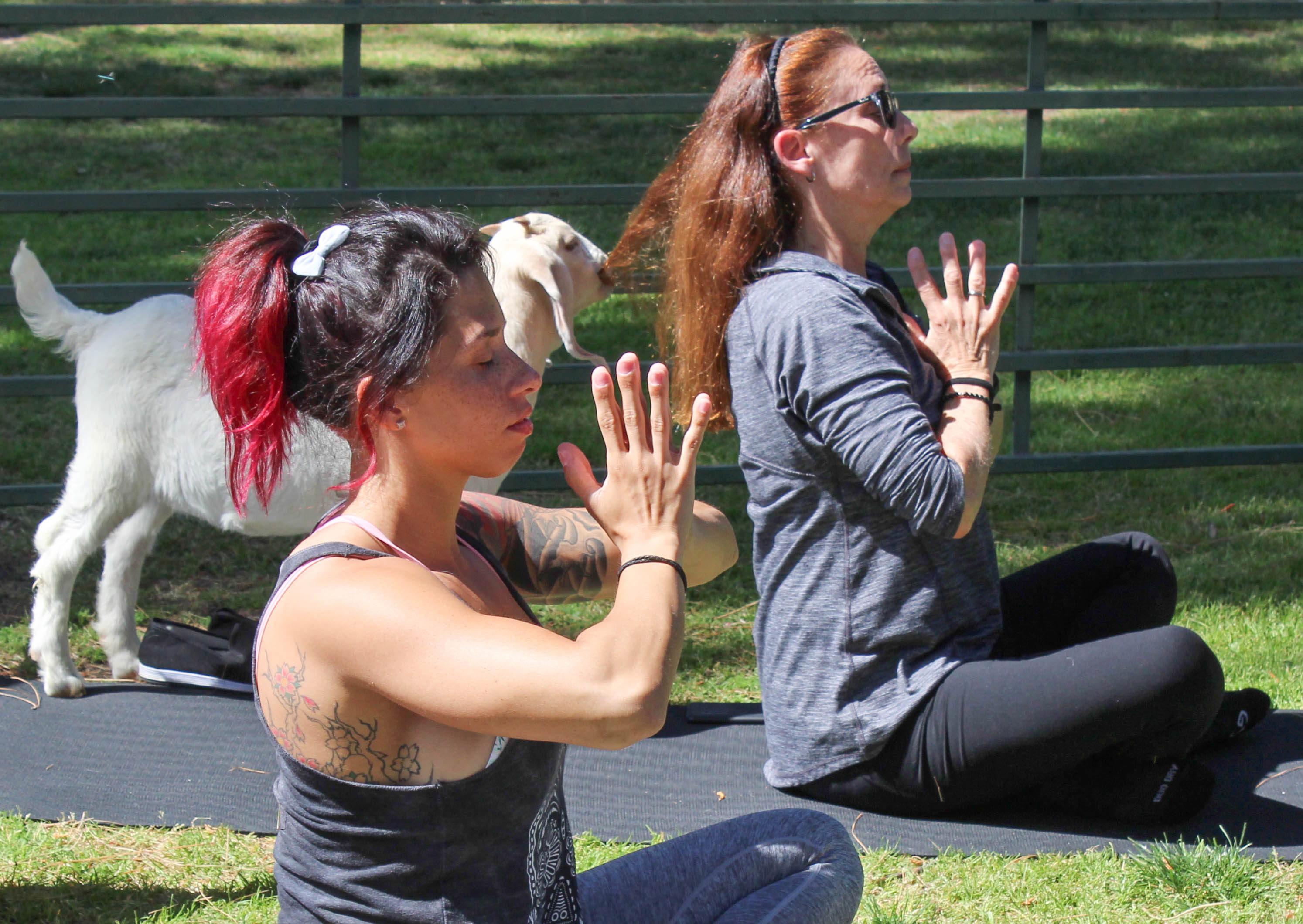 Correction: The event was not hosted by the Animal Culture Sciences Club.

Downward dog, warriors’ pose and sun salutations may seem enticing for yoga fans, but when you toss in baby goats you get a different type of relaxation.

Goat Yoga is a new phenomena that has stormed the country, including Pierce College.

The concept was started last year by Muskegon, Michigan, native Lainey Morse, who said she realized the power the goats had while she was battling an illness, according to an article in the Detroit Free Press.

In the article, Morse said what led her to start goat yoga.

“I hosted something last year called ‘goat happy hour,’ and that was basically people coming over who were stressed or sick,” Morse said. “The goats would help people forget about everything.”

Students in the class use the goat yoga method of exercise to learn how to interact with animals as a form of therapy that helps with relaxation.

“It helps bring a healthy lifestyle and moment of happiness that changes lives,” Niv said. “It helps let out your emotions and time to relax into your own world.”

Anna Rull, a Veterinary Science Club member, said she volunteers so that she can see the happiness people show after the class ends.

“We get a lot of positive feedback from students, and from what I have seen, it has brought smiles to peoples faces,” Rull said. “I come to volunteer to make sure everything is OK and people enjoy being here.”

Sam Hodds, a student who took the yoga class, said she loved the opportunity.

“It’s a good time to relax so you don’t become too stressed, and it is entertaining to be around the goats when you exercise,” Hodds said.