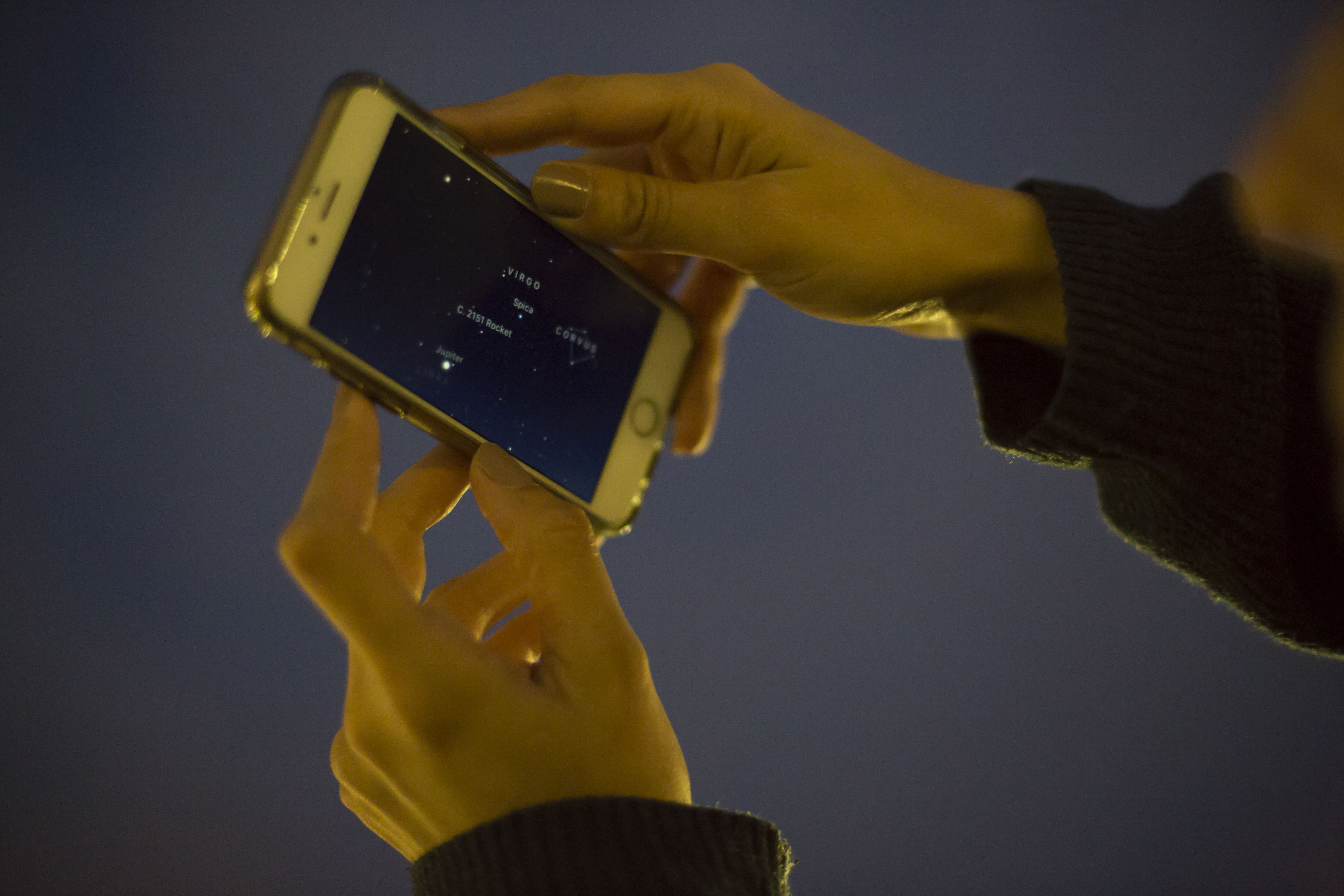 An overcast sky in Los Angeles made it difficut to see the brilliant bands of light in the Milky Way galaxy.

However, the moon and the International Space Station (ISS) served as consolation prize on Monday, May 21.

Several 8-inch telescopes were brought onto the observation deck of the Pierce College Center for the Sciences for viewing at the second Telescope Night of the semester.

While the moon was not full, its light was strong enough to give students a glimpse of its surface, despite cloud cover.

Head astronomy tutor Joshua Baker, in addition to several other astronomy students, tracked the course of the ISS as it began to move over the observation deck.

As the countdown started, students gazed at the sky in anticipation. When the ISS became visible, students exclaimed with excitement.

“Being able to listen and all of a sudden hear a shriek happen one or two telescopes down the way, because, someone can’t believe what they are seeing, that is the greatest part,” said Professor of Astronomy Dale Fields.

Telescope nights at Pierce are free. They occur twice a semester in addition to two planetarium showings. All astronomy events are open to the public.