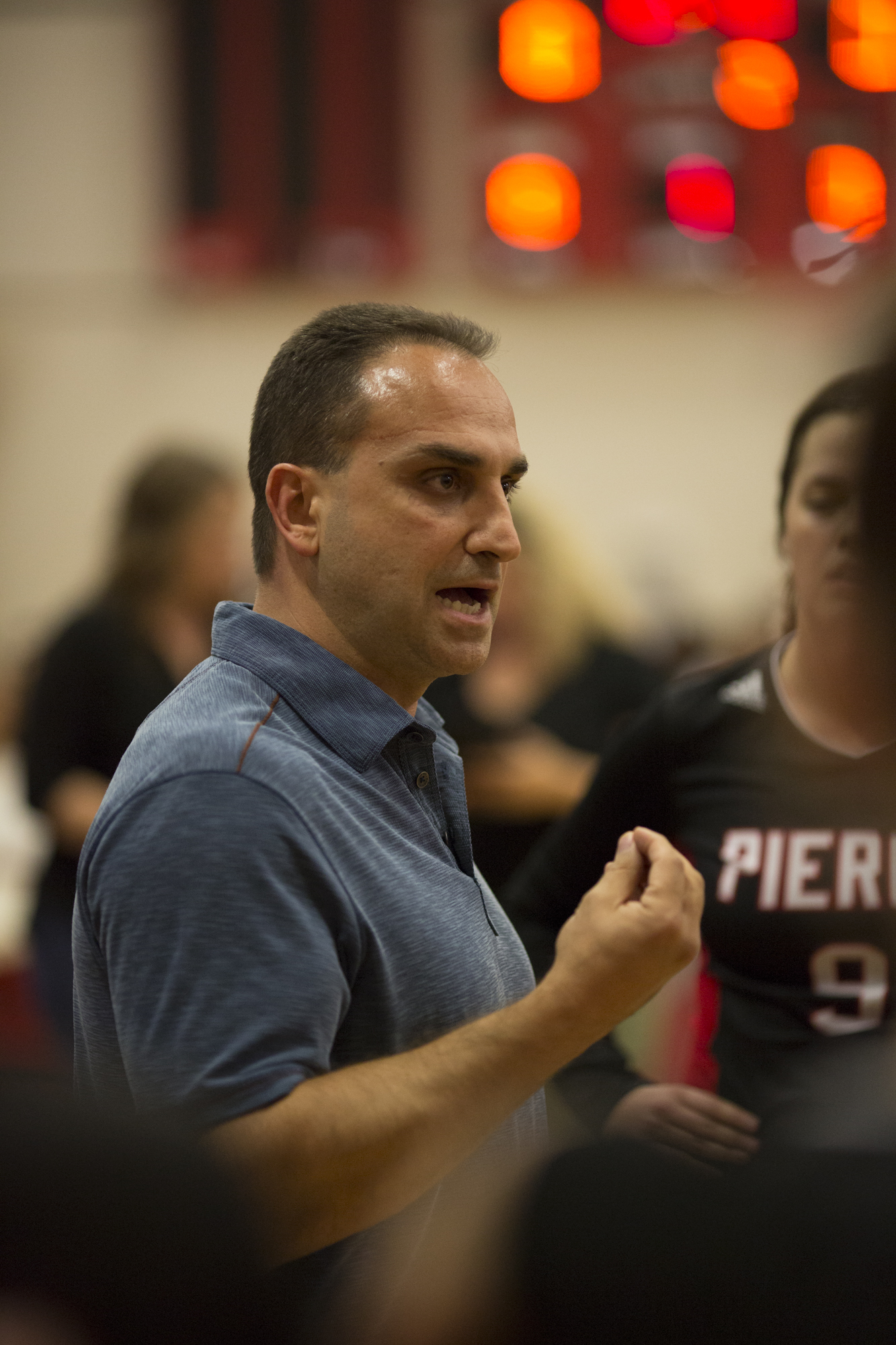 This is Nabil Mardini. I read Mr. [Schleicher’s] comments, and I am disheartened and take great offense to the very clear implications contained in his response.

In an article about my firing (as no matter the words or coy statements of the Pierce Athletic Department, it was indeed a firing) Mr. [Schleicher] said he is unaware of specifics regarding my own personal circumstances as volleyball coach – essentially saying he has no knowledge and therefore should have no comment – and then proceeds to talk broadly about past financial issues in the athletic department, with specific quotes like “irregularity issues,” “cash management,” “conflicts of interest,” etc. He also mentions “extensive training” was provided to coaches and managers.

All this, essentially to imply that there could have been fiscal impropriety as a reason for my firing – otherwise why mention it in this context at all – which is of course a preposterous and outright lie.

There was absolutely no fiscal impropriety on my part at Pierce College throughout my time there.

As for the school itself, its continuing pattern of bureaucratic waste, buck-passing, inefficiency, and – sadly enough for me to say about a place I still care a great deal about – dishonesty has created an environment in which coaches are devalued, athletes and families are devalued, and administrator ego and workload (or the easing thereof) rule the day.

In my seventeen years at Pierce, I have had two conversations with Mr. [Schleicher], neither longer than 30 seconds. I have no idea what “extensive training” he is talking about.

Coaches are given multiple forms, again and again, over and over, because administrators and bureaucrats do not communicate well with one another, nor understand the rules and guidelines and structures that are put in place, and basic paperwork struggles to be done.

I have had players on my teams who have had to sit out matches simply and only because the school itself cannot handle its paperwork business properly. When I spend over $4,000 on my personal credit card every season because checks that are supposed to be made out to hotels, tournament entry fees, etc. are not ready in a timely matter – repeatedly, every year – one then wonders if he is part of an institution bogged down by bureaucracy and a job justification from top to bottom.

I submit that the extensive training that needs to take place is with the administration and athletic departments themselves, not to throw Pierce coaches and former AD Bob Lofrano under the bus. Bob Lofrano was outstanding but I saw on daily basis the frustration he had to endure as he dealt with the irregularities, discrepancies, and incompetence of the administration.

Of even bigger issue is the current Dean, Mr. [Dixon-]Peters, who is destroying the athletics program at Pierce College from within, one sport at a time. Moriah made it clear she is not the “athletic director” and she does what he tells her. But that is another story entirely and one that is too awful to include here.

Just as an FYI, I was fired in December. It is currently May. They still have not hired a coach to replace me, which means they will struggle to field a team because the recruiting window is very tight. I really do wish my replacement well, I want to see the athletes taken care of, but whoever is put in that role will be under the thumb of an AD who does not make decisions herself, a Dean who makes decisions without regard for athletics nor is honest with his coaches, and an administration that cannot function well and efficiently at its most basic level.

I would always tell my Pierce players that Brahmas are rare people. It was the rallying cry for our program that won 8 conference titles and three state championships in this decade alone. It pains me to admit that the rarity of excellence has gone from Pierce.

What remains is a sad example of how the system and its ego-driven, job-justifying bureaucrats destroys itself from within. I am not the only casualty – other coaches have been fired under similarly dubious circumstances.

You want to discuss cash management, explain how the college buys two 12-passenger vans that are sitting in a parking lot for years while you rent from Enterprise for the teams to travel? I have a B licence per the district policy of driving a 12 and 15-passenger vans. This is called a waste of money.

You turned down the gym permit last fall for an outside club that used the gyms for at least 12 years and paid the outrageous $220/hour you charge for the gym like everyone else, and with no special treatment, claiming “conflict of interest….” since I am an employee of the college. How about this spring? I am no longer there. How come you rejected the application to use the gym?

I wish the athletes of Pierce College well. They are rare people. If only their administrators were of similar substance and honor. It is a terrible shame they are not.