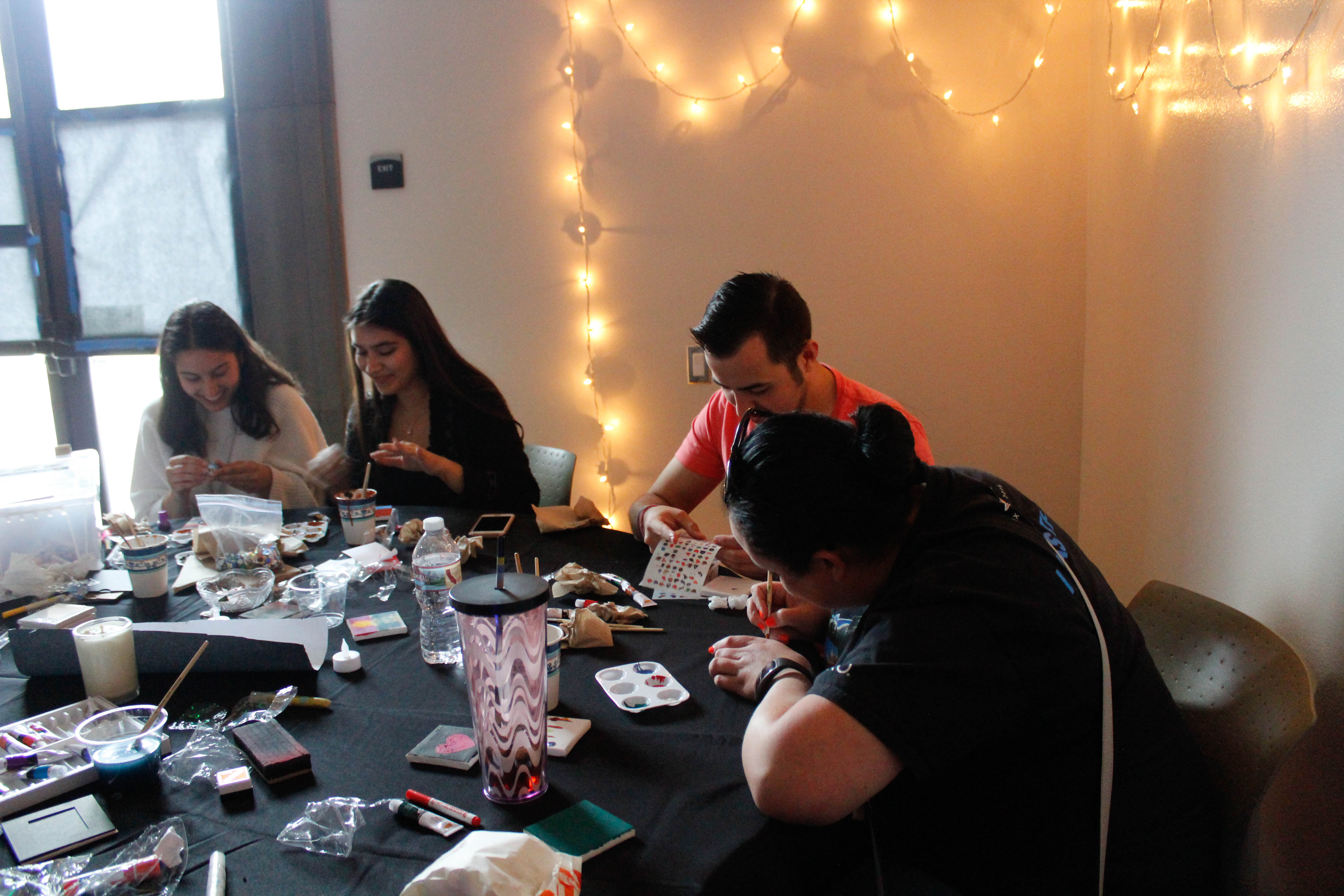 As the semester comes to a close, students had the opportunity to unwind and reflect on a broad list of topics in hopes of expanding their knowledge and ability to see the world through a different perspective.

Pierce College’s Philosophy of Art students organized and hosted the 10th annual Philosopher’s Cabaret. The event was sponsored by the Associated Student Organization (ASO), and focused primarily on the philosophical concept of perspective.

Philosophy instructor Melanie McQuitty said that the Cabaret was held to allow students to critically explore philosophical themes through creativity, and that perspective was voted as the event’s focus to broaden the horizons of those who attended.

The event was hosted by students Melody Niv and Natasha Jayez, who entertained the audience with philosophy-based jokes and anecdotes throughout the evening’s proceedings.

Niv said that the topic of perspective is particularly appropriate in the modern day.

“It’s a really pivotal concept to consider, especially now in politics and the current social climate,” Niv said. “Many students can feel as if they’re going unheard by a society that sometimes refuses to hear them, so this gives them a place to showcase their emotions and really share their true inner selves.”

The Cabaret consisted mostly of student films, which were screened to those in attendance and depicted different perspectives on concepts ranging from the definition of love to the relationship between God and science.

McQuitty said that the Cabaret was organized mainly by students from her Philosophy of Art and Philosophy of Cinema classes, which she explained was why there were so many student films shown.

During the screenings, students stepped onto the stage to share original spoken word pieces and professors read philosophical Mad Libs filled in with suggestions taken from the audience.

Steven Blugrind, a Pierce student, said the experience offered by the Cabaret was an enlightening and inspiring one.

“Just seeing all the differences, it was really entertaining,” Blugrind said. “Seeing the films and hearing the poems the people here created made me feel like I got a little smarter, and kind of motivated me to think that I could do the same thing as them.”

McQuitty said that the event was also held to nurture a sense of community among students who may feel distressed going into their final exams.

“Historically, the event has always been held on the last Thursday of the semester before finals. It’s around this time that students tend to be the most worried about their classes, so we have this here for them to kind of relax and relate with one another,” McQuitty said. “We have it to draw students to come to campus and stay here instead of running home after class to microwave a burrito or something like that.”

Niv said that she hopes those who attended the Cabaret left the event with a greater propensity to treat others with understanding and consider their viewpoints.

“I just want everybody to come out of here with a renewed motivation to understand people’s emotions. People should be more empathetic as a result of this event, and they should be more willing to consider everybody’s perspectives,” Niv said.