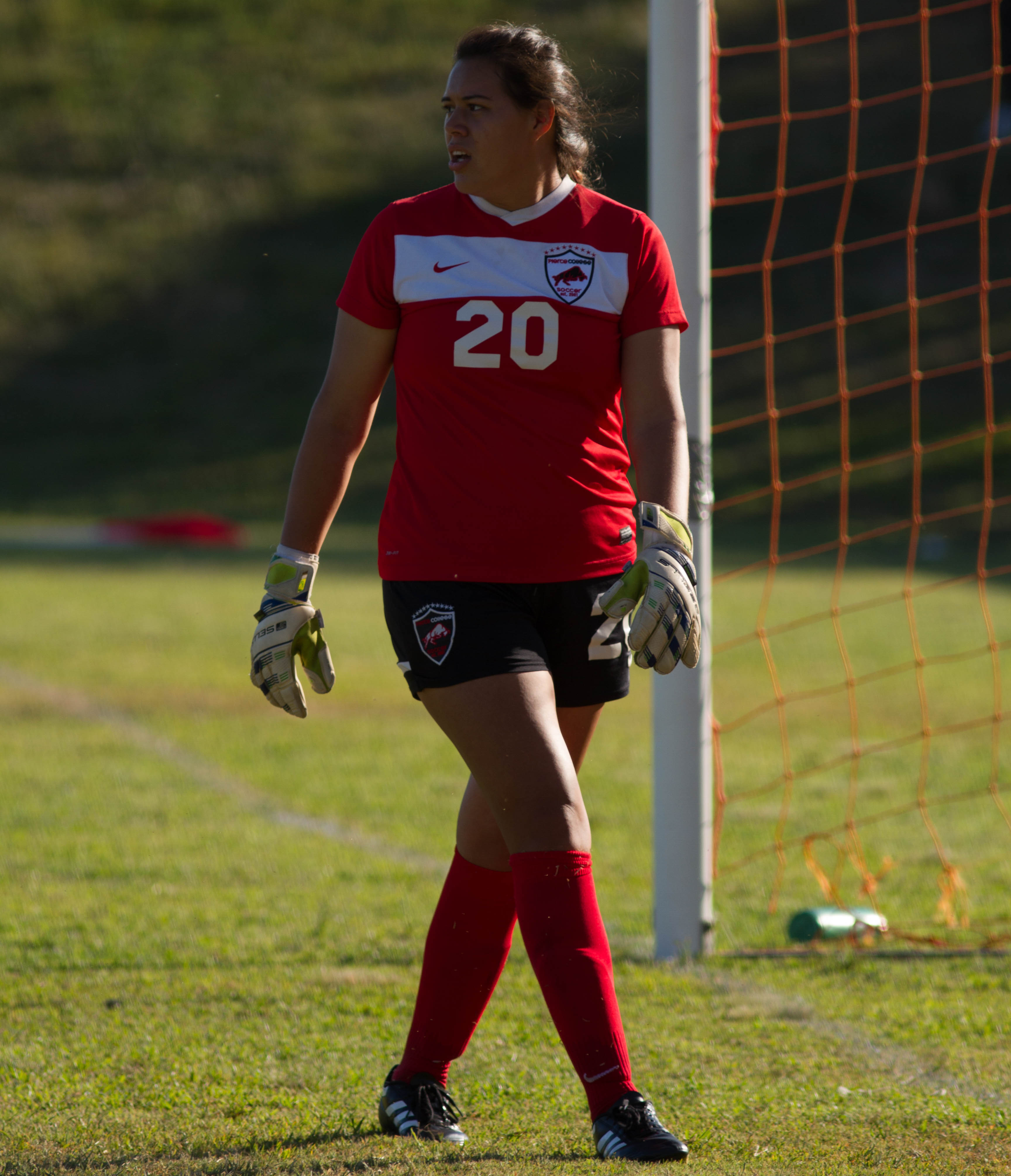 In soccer, a player must be ready for the moment the coach asks her to go into the game. It’s no exception for Brahmas soccer as goalkeeper Iliana Yanez who had to fill in not only playing in goal, but also as a midfielder.

The soccer team has been struggling with injuries. Goalkeeper Madison Holland and midfielder Irene Reyes are out for the rest of the season with torn ACL’s.

Yanez said that she has played in goal the majority of the time, but had to step up in a different role due to the lack of players.

“I pretty much played goalie my whole life. I’ll play on the field here and there when we were winning or if they needed me because of injuries,” Yanez said. “But being a goalkeeper is what I have been drawn to since I was little.”

Yanez mentioned the difference in playing both positions.

“I have to be focused. It’s an amazing feeling, but at the same time everything that you do is on a magnifying glass. If you make one mistake, it can cost everything,” Yanez said. “If you are on the field, for me it is fun because I don’t play on the field as much. I just give it my all. It is a little less pressure, but I still do my best.”

Yanez grew up around the sport. Most of her siblings played soccer and her parents were supportive of her going to all her games.

Yanez was born in the U.S., while her parents came from Mexico.

Next fall, Yanez wants to be in the nursing program, and she is currently finishing her prerequisites. She wants to be a nurse for kids with developmental disabilities.

Before moving to Texas, Yanez would play pickup games with her family. But when she arrived in the lone star state things changed.

“They put my brother and I on a team. We were in the same club West Houston Soccer Club, but  in the boys and girls teams,” Yanez said.

Yanez played for Cinco Ranch High School and said how great the soccer program was.

“They really helped me develop my skills and playing with those girls was really competitive and they pushed me to get better,” Yanez said. “In the years I was on the varsity team we went to the state tournament. It was a really fun experience and I’m glad I got to do it.”

Yanez looks up to Manchester United goalkeeper David De Gea. She admires the way he makes saves and the way he plays with the ball.

Yanez said since coming to the soccer team she has felt welcomed by her teammates and coaches.

“I’ve made friends for the rest of my life on this team and people I wouldn’t have met if it weren’t for soccer. The team and the girls are amazing,” Yanez said. “They are all so unique. I’m really blessed to be on this team.”

Yanez found out of the soccer program through a co-worker who played on the team a couple of years back.

Yanez said that she likes the coaching staff because they always motivate  her to do well.

“They have been pushing me to do my best. I like coaches that are tougher on me. It is what I’m used to. It brings out the best in me,” Yanez said.

Yanez said that her coaches have taught her to not blame herself for the goals she concedes.

“One of my coaches told me that it has to get past every player before it gets to you so you win as a team, you lose as a team,” Yanez said.

Head coach Adolfo Perez said that Yanez has had a good year so far.

“She’s done great. She didn’t come in as the number one goalie so she took advantage of the circumstances,” Perez said. “She has been a pleasant surprise.”

“She’s determined to get better each day at practice. There hasn’t been a day where she has slacked off.  She has pushed herself to the limit. Even though she gets tired, she just continues to improve on a constant basis,” Rosa said.