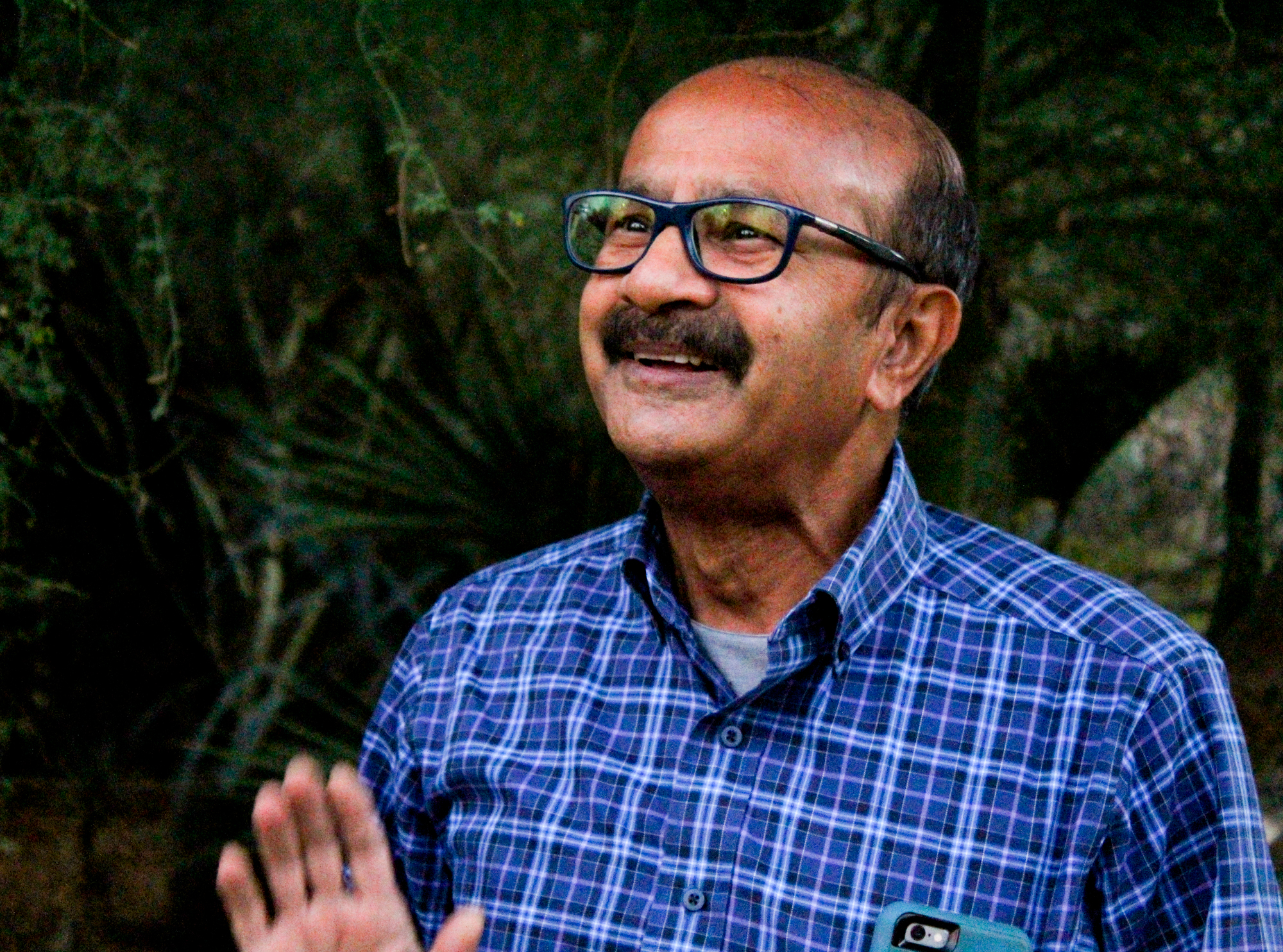 For parents, it can take some time for the fog to lift after the birth of a child and get back to normal life. For econ professor Jamil Ahmad, only 30-something days after his first daughter was born, he and his wife were on their way to Tanzania with their newborn.

On his trip to the top of Mt. Kilimanjaro, Ahmad kept a travelogue.

“The first leg of the journey was in the rainforest where the vegetation was so thick that we had to look carefully for the location of the stream. Here we constantly heard the murmur of the stream flowing down, the chirping of different birds, the chattering of the blue monkeys who were jumping from one tree to the other. Of course, we never failed to notice the beautiful flowers of different colours along the path,” Ahmad wrote.

Ahmad’s time spent in Tanzania taught him to prepare for anything. While getting ready to scale Mt. Kilimanjaro Ahmad packed rain gear. Not everyone planned ahead, and those who did not had to turn back.

“It saved our trip. People who didn’t carry it had to give up the climbing because they didn’t carry a jacket and they got soaked and it’s cold. They had to abandon the trip,” Ahmad said.

While living in the UN housing, Ahmad had to plan ahead to avoid running out of supplies.

“Sometimes essential items go out of market. So when it’s available you buy and stock up. Also as a UN employee, you could order things from abroad, but it takes time. So, it’s better to plan yourself so that you don’t run out of things,” Ahmad said.

After working for the United Nations, Ahmad went to the University of Texas for his Master of Business Administration degree. Ahmad had no intentions of becoming an educator. It was not until he was working as a graduate assistant and his department chair needed an instructor immediately.

“Our head of the department needed someone to teach immediately and, starting next week and he said you will be the one. I said no way,” Ahmad said.

Ahmad was not nervous, despite suddenly finding himself teaching three classes. Perhaps he was destined to teach, or maybe his time living in a new country taught him to prepare for any task that came his way.

“Maybe I prepared myself in that three days. The book, and what I would be talking about and preparing the syllabus or maybe I was too busy to be nervous,” Ahmad said.

Ahmad said he learned many things from his students who came from different fields and backgrounds.

He taught prerequisite courses for MBA, and after taking a full load of classes Ahmad started to like it.

“That’s how I got hooked into [teaching]. I was in the corporate world at that time also, even if I was a full-time worker there, I was still teaching at Glendale community college and then one thing led to another,” Ahmad said.

For the past 18 years, Ahmad has worked full-time at LA Trade Tech.

“I like having discourses with him. He’s a pleasant person to be around. I’ve never had a student complaints concerning him,” Campbell said.

Ahmad is known for using relatable and understandable examples for his classes, which keeps students engaged in the subject.

“From student evaluations and so on, they tend to tell me that they like to take Econ 2 with him, which is macro econ. He does a lot of fun examples, a lot of real-world examples in class,” Campbell said.

Noemi Aceves, an accounting major currently taking Econ 1 with Ahmad, had no idea he previously worked for the United Nations.

“I do enjoy his class. I feel like he knows how to teach. I’ve learned a lot. It’s not boring and I like how sometimes he throws in little stories about himself,” Aceves said.

Aceves notes his ability to keep the class engaged. The class is from 6:50 to 10 pm a time when most students are preparing to sleep.

“Since it’s a long class I don’t find myself like dozing off. I feel like he kind of keeps our attention just by like the examples he shows us and just when he goes off of like the lectures,” Aceves said.