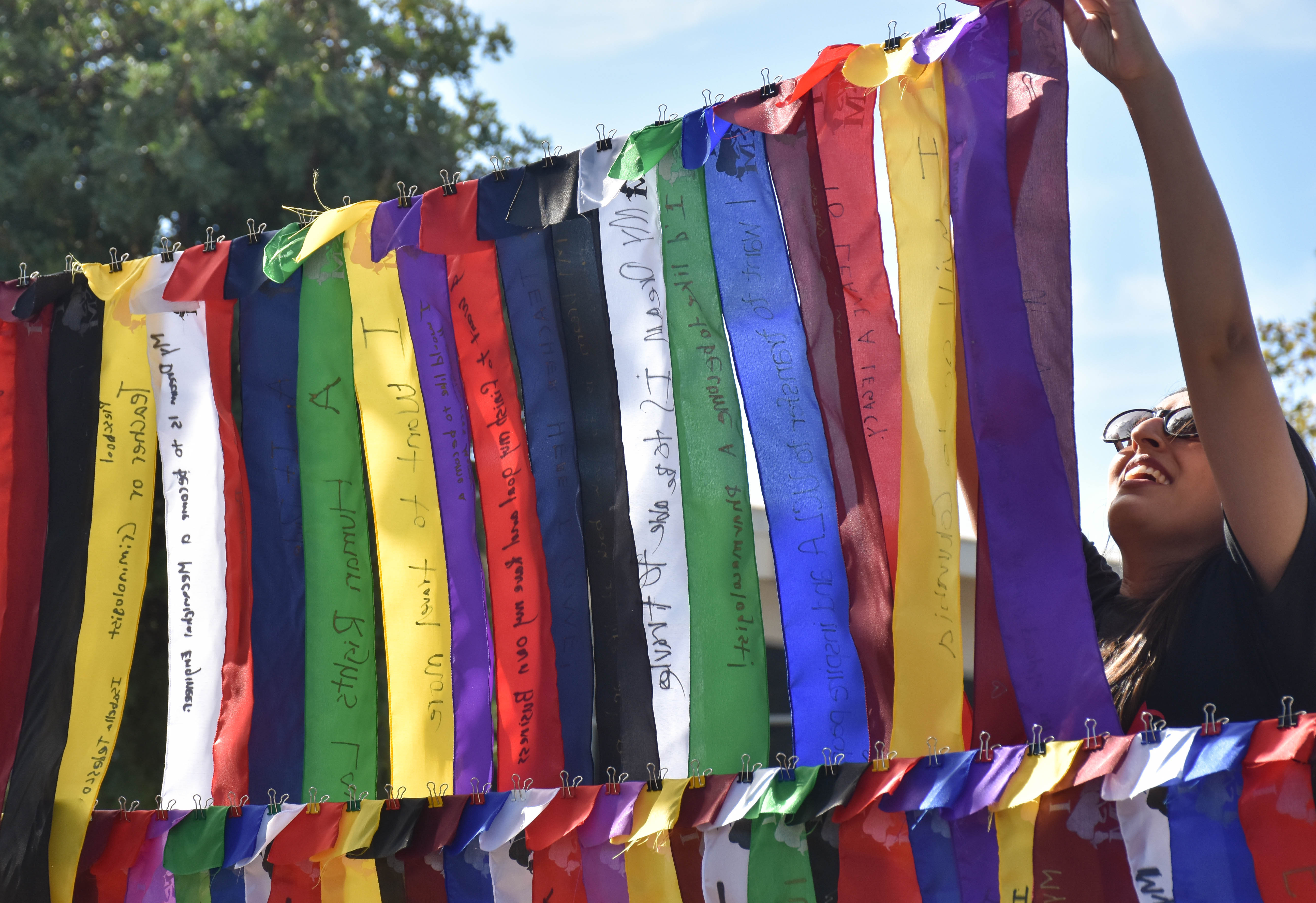 Pierce College Interim President Larry Buckley launched a campaign to further student engagement at the Transfer Fair. The I AM initiative has already made its presence known through banners along the mall, but what is its purpose?

The goal of the campaign is to have the students set goals, that way they are outlined and there for attainable.

President Buckley reflected on where the idea to start the I AM had come from.

“A couple of things that I’ve done in other schools and it was about trying to rally students towards them identifying why they were at Pierce, what they expected,” said Buckley. “To make some kind of a conscious effort to go well what am I doing here, what is my goal?”

Public Relations Manager Doreen Clay explains how the I AM initiative came into fruition.

“President Buckley said that he wanted to do a campaign, something like I can, or I am, and his purpose was to get students involved, excited, and engaged about what they could become after they go to Pierce,” Clay said. “He asked me to put something together where they could write their dreams down, and that’s how we came up with this whole idea to do these ribbons, we are calling it the Garland of Dreams.”

The Garland of Dreams was a student engaging activity that had students write down their hopes and dreams for not only school, but life as well, on a ribbon and they were hung on clothes lines to share with the Pierce community.

Clay goes on to explain how the I AM campaign originated from something that has been previously used on campus.

“The first I AM was about five years ago, and it came out of a student services campaign at Go Days, which was a freshman orientation,” Clay said. “Since we already had the shirts, and the idea so we figured we would tag on to that and just develop it and make it more I AM because now you can say what your dreams are going to be.”

After coming up with the idea of the ribbons, Clay goes on to explain their significance and their plans moving forward with the I AM initiative.

ASO Adviser Lara Conrady-Wong thinks the initiative is a great idea, and is also getting involved with the movement.

“It’s his initiative that he wants to bring to Pierce College to help students identify with their dreams and hopes for transferring, or just personal goals. We thought it would be a fun day since there’s so much activity on campus,” Conrady said. “It’s great to see that our vision that we had, and his vision kind of came together and we are on the same page, it’s kind of awesome.”

The I AM campaign has made its way to social media, trying to connect with students in a more familiar way. They have a Facebook, Instagram and a Twitter that students can get linked to so that they may get involved.

Students can share their story by using the hashtag #IAMPIERCE.