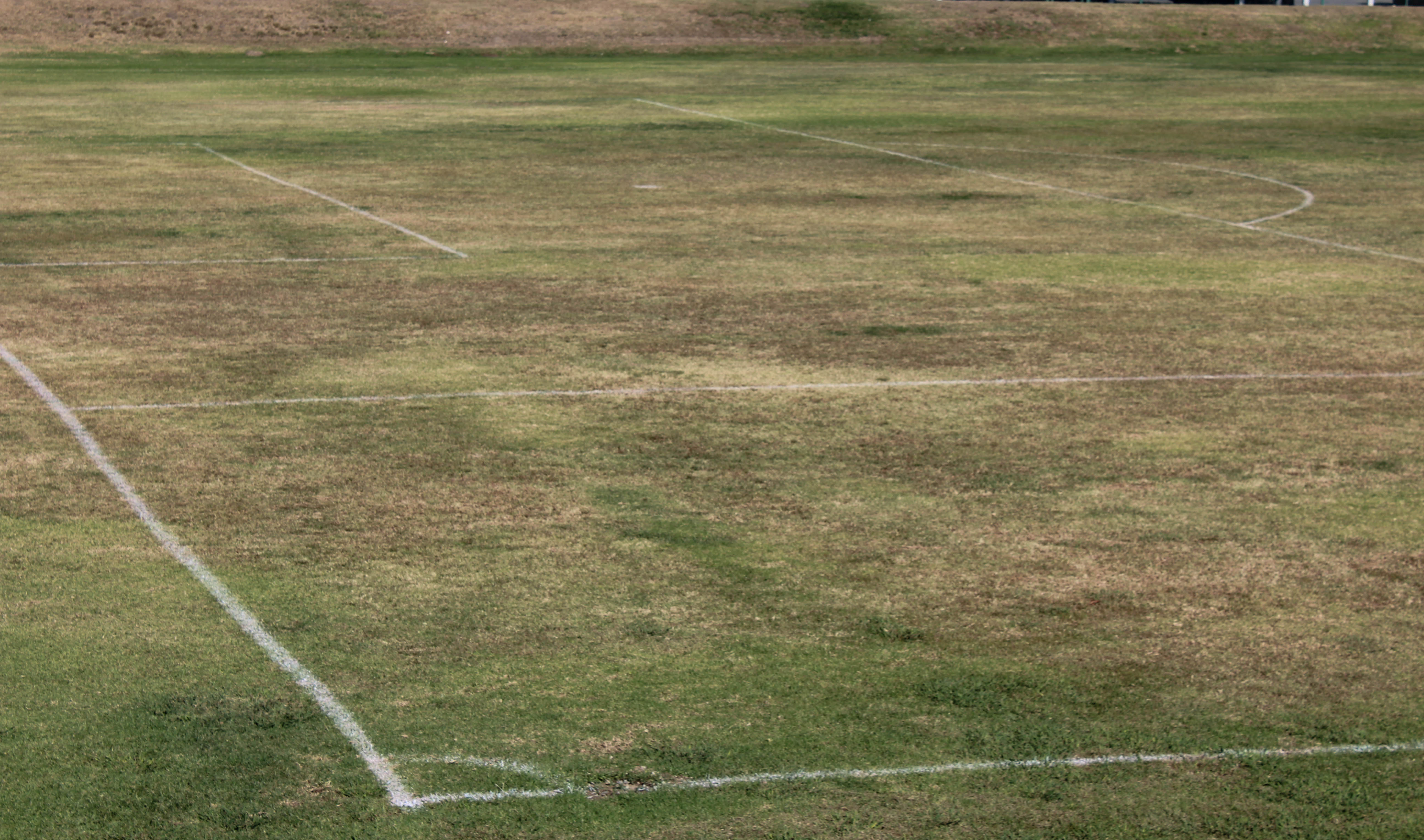 Soccer is one of the most popular sports across the world and most of the fields are taken care of and watered on a daily basis so the teams don’t play on bad conditions.

Due to construction being conducted right next to Parking Lot 7, the soccer team are being plagued by a dry field.

According to GMZ Engineering Inc. personnel Matt Narcissi, the installation of the drainage pipe is to ensure the soccer field doesn’t flood.

“When heavy rainfall comes the whole back side of your guys soccer field floods out,” Narcissi said.

Head coach Adolfo Perez said that, although the purpose of the construction is to prevent flooding of the field, it has never affected them before.

Team captain and midfielder Diana Salonga said the dry field has become an issue for everyone.

“Our field is already really thick to begin with, but when its dry its just a little tougher to play on,” Salonga said. “When you fall you are more susceptible to being scratched.”

Salonga also said that choosing to do it during their season makes things even worse.

“Honestly I don’t think it’s fair, because we are only in season for a couple of months,” Salonga said. “They took a part of our field, and i know it’s for the better, but now we don’t have water and i feel like they should have done it before our season started.”

Perez said that they were going to start the construction in the offseason, but due to financial issues it had to begin sooner.

“We were told at first that they were going to do it after the season, and I think what happened is it was going to cost the school too much money if we had waited,” Perez said. “I think that’s why they started, and it was supposed to not affect the field, but as we know obviously it has.”

Perez said that keeping the field in good condition is always his priority.

“We get water on average once every two weeks at the end of last month or so, and we worked so hard in the summer to get our field up to date,” Perez said. “Now I tell my assistant coach what we are going to work on today, and then we go around and cover holes ourselves with a shovel and extra dirt.”

Perez believes that the current quality of the field can  have a negative effect on his team’s performance.

“We are the only team in our conference that plays on grass, everyone else plays on turf, so in theory it should be an advantage to us,” Perez said. “The fact that it’s not in good shape it’s a disadvantage, and were a team that actually likes to pass and likes to play so it’s definitely not helping us.”

Even with the field in disarray, Salonga believes that it won’t hold the Brahmas back from getting good results.

“It would be better if our grass is grass, but now we are playing on hay,” Salonga said. “Despite that, we will still do well.”