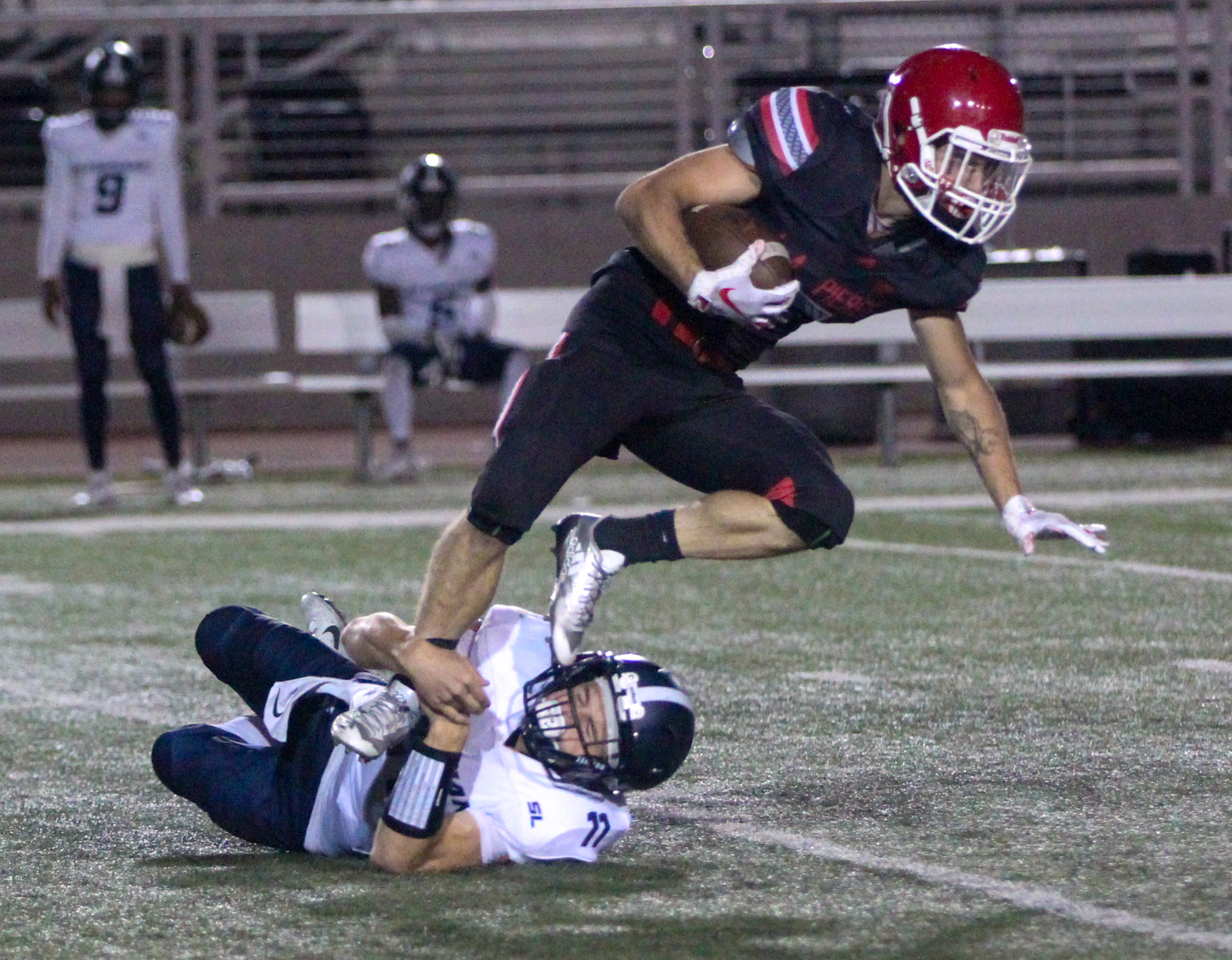 The football team ended the 2018 season on the stronger foot ending with a win agianst the Santa Monica College Corsairs.

With the win, the Brahmas ended the season with a winning  record for the first time since 2015.

The football team ended with an overall record of 6-4, while finishing second in conference play at 4-1.

There was much to look back on for both the coaches and the team itself.

This year offered more wins than losses which Woods attributes to the team’s tenacity and inner leadership.

“We have a resilient bunch,” head coach Carlos Woods said. “We have very good, strong core of leaders with our sophomore class, and we were able to end up winning five of the last six ball games. As you know, it’s the first winning season they have had around here since 2015, and it’s a testament to the guys who stayed. The guys that believed in each other, and the guys that kept the faith even when a lot of people were telling them to go elsewhere and do other things.”

According to the Community College Athletic Association, the team scored 42 touchdowns for 311 points. However, the Brahmas were unable to make a Bowl Game.

Woods taught and drilled with positive reinforcement in order to the motivate the team, regardless of whether they won or lost their game.

Against Santa Monica it was a season highlight for Woods as it helped reinforce his teachings this semester.

“I preach to the guys all year that every game, whether we won or lost, we left plays on the field,” Woods said. “I stressed to them about emptying the tank. At the end of the day when you’re done with the game you want to be able to say “I left it right there on the field. Every single snap, I gave it my all.”

The football team after four games were 1-3. Losses included their home opener against Mt. San Jacinto, San Diego Mesa and losing the Victory Bell in the final seconds against LA Valley College. However they bounced back beating West LA College in the second game of the season.

After the loss to the Monarchs, the Brahmas would go on a four-game winning streak beating College of the Desert, Santa Barbara, Pasadena City and LA Harbor.

In the games against the Roadrunners and the Lancers the wins were by the same score 44-43.

For the game against Hancock College things did not go the way the Brahmas wanted. In the second half, interceptions and fumbles proved costly as the Bulldogs won the game 49-24.

Jua Ng-Keys, running back, was enthusiastic about seeing people from across the country play as a cooperative unit, as well as being generally excited about playing his first season as a Brahma.

“Seeing everyone you know and everyone out of state and all of us coming together as a team,” Ng-Keys said. “This whole season it was all the ups and downs, but we fixed it. I ran for five yards, which was cool and surprising because I thought I wasn’t going to actually play this season, but I was happy got to and It was a lot of fun.”

Christian Graves, wide receiver, said the game against the Corsairs was his highlight of the season.

Quarterback Jonathan Saavedra finished the season with 138 completions for nine touchdowns while being picked on four occasions.
Doma Morris and Marcus Johnson both scored six touchdowns in the year while Marqi Morgan had seven sacks.

As for their plans for the offseason and hopes for the future, Ng-Keys is hoping that practice makes perfect and that the Brahmas will have an even better season next time.

“I just want everyone to go out there, be safe and get their work in,” Ng-Keys said. “That’s what I’m going to do. Just go out and grind during the off season and come back next season. Come back harder, stronger, faster and smarter as a player. Physically and mentally.”