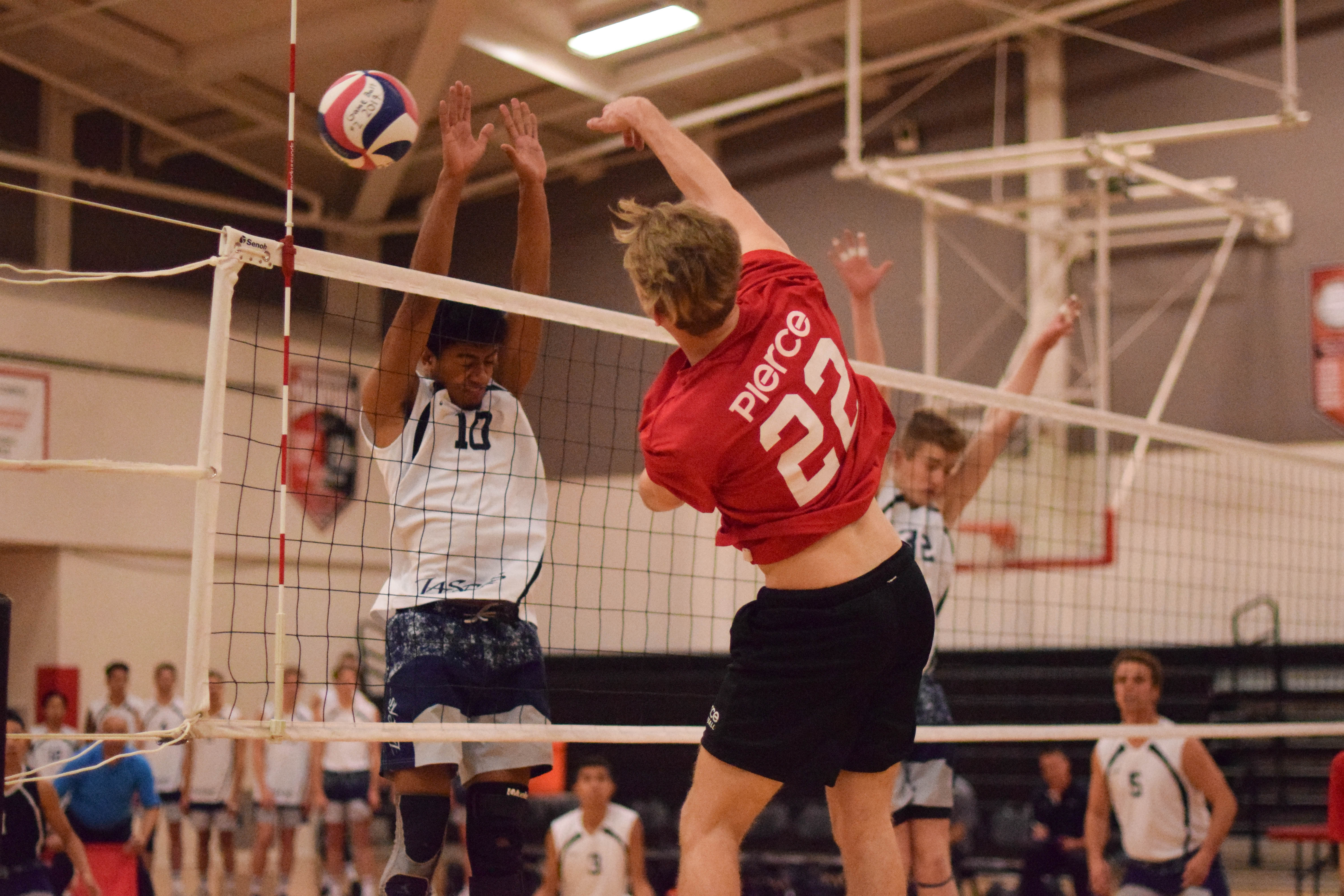 Coming back from a championship season can be difficult, especially if there are new faces on the team and changes on the sidelines.

Edison Zhou took over the men’s volleyball program as Head Coach after Lance Walker decided to step down from the position.

“Edison is awesome. He is the head coach now. I had to step down because I got my second daughter coming in six weeks so he is really at the helm,” Walker said. “The Brahmas are in great hands.”

Walker said he is proud to know that there are good coaches in the program that can assist players if they needed the help.

“It is great that we have them because each single one has a knitch that we can plug into and not overload these guys,” Walker said.

The Brahmas won their 8th state title in program history and their first in 15 years after beating the 2017 champions Orange Coast College in four sets.

The team are currently 1-2 to start the season heading to conference play which begins in two weeks.

Without the majority of the players that were on that team last year, including most valuable player Cole Chea and assists leader Bernardo Roese, the Brahmas began their season hosting the Pirates in a rematch of the championship game on Jan. 30.

Zhou coached the women last season before being summoned to lead the men. He gave the difference between coaching both teams.

“Coaching the boys and the girls is a little bit different. There are different details. For the girls, if I need to say something, I always ask them to try this or that, and for the boys is hey I want to beat you,” Zhou said.

On Feb. 1, the Brahmas went on the road to face the Fullerton College Hornets. The champions bounced back, getting the win in four sets.

The Brahmas started by winning the first set 25-21. In the second, however, the Hornets responded, winning by the same scoreline.

The champions were back on the court to take on the Lasers on Wednesday, Feb. 13, for their second home game.

The match started with both teams exchanging points despite serving and attacking errors. The Brahmas caught up to the Lasers tying the game at 23. However the Lasers would take the first set by a score of 25-23.

In the second and third set, it was more of the same like in the game against the Pirates. They lost the second set 25-19 and the third 25-11.

Arman Soltanzadeh, opposite and outside hitter, said that they started slow last year, but improved and he expects that happens again.

“We didn’t play well at the beginning, but we ended up in the championship game,” Soltanzadeh said. When conference starts hope we can improve to return to the final.”

The Brahmas are back on the court on Wednesday, Feb. 27 when they host Long Beach City College at 6 p.m.