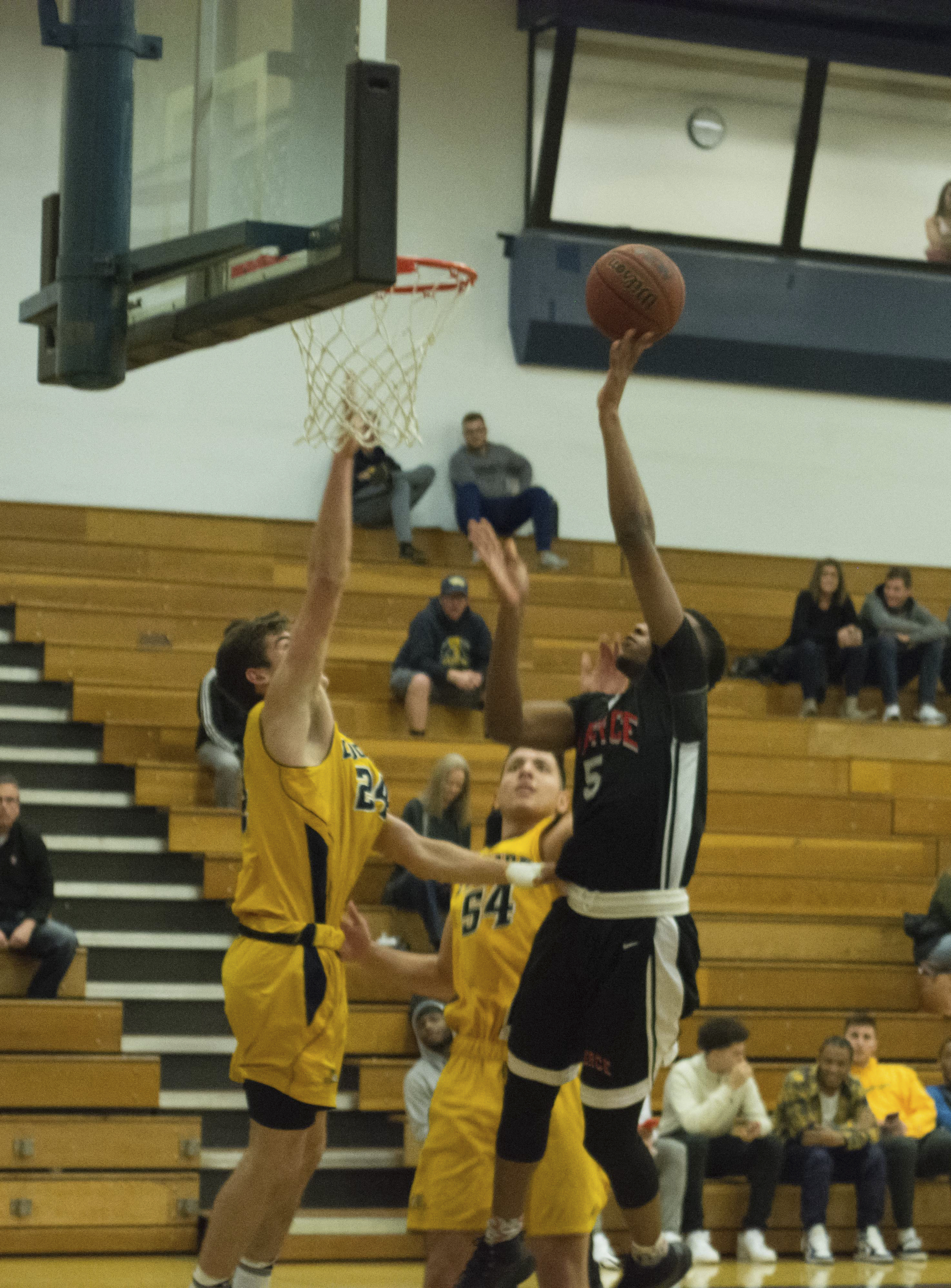 The last game of the season for men’s basketball ended in a blowout loss to rival team College of the Canyons Cougars by a score of 96-62.

The Brahmas, with the loss, finish the season 13-15 overall, 1-8 in conference play missing out on the playoffs.

“They really wanted it, it was their last home game, and they had more energy,” Weitzel said.

It was a close game in the opening first half until Cougars’ player Chris Joo subbed into the game and scored a 3-pointer on his team’s next offensive possession.

The Cougars led 20-4 early in the first half, during which  the Brahmas were in a scoring drought for about seven minutes until forward Max Edwards hit a 3-pointer to make the score 25-7.

The Brahmas had 12 turnovers during the first half compared to COC’s six. Many of the turnovers came from seven steals from the Cougars.

Tempers started to rise as Weitzel was called for a technical foul in the first half with frustration towards the referee’s calls.

Weitzel said it was an interesting game because there were a lot of technical fouls.

“There was one where they got four shots and the ball back, and I have never heard of the rule that the referee told me,” Weitzel said. “One was a miscommunication on our end, we had a guy that thought he was sub out and then he just ran to the floor and that’s illegal.”

During the second half, the Brahmas looked different offensively as shots started to fall, and most of them were made by Edwards.

After a couple of 3-pointers made, Edwards started to see more double team defense by the Cougars, although Pierce’s defense didn’t change.

The Brahmas couldn’t start a comeback run due to the Cougars hitting shots of their own after they would score.

The Brahmas did score 44 points in the second half compared to 18 points in the first, but the Cougars outscored them by 12 points.

“We couldn’t get stops and every single one of their shots went in,” Edwards said.

Edwards was one rebound shy of a double-double and scored the most points in the game with 25.

“It was a lot of emotions in the locker room after the game, but at the end of the day were always going to be brothers,”  Fassu said.

Weitzel said they will be losing some players to four-year schools and will be bringing reinforcements for next year.

“We’re definitely going to have a good core back,” Weitzel said.

During the offseason players will be working out and working on their game for next season.

“I’m going to be in the gym, lifting in the weight room, and working on my craft,” Fassu said.