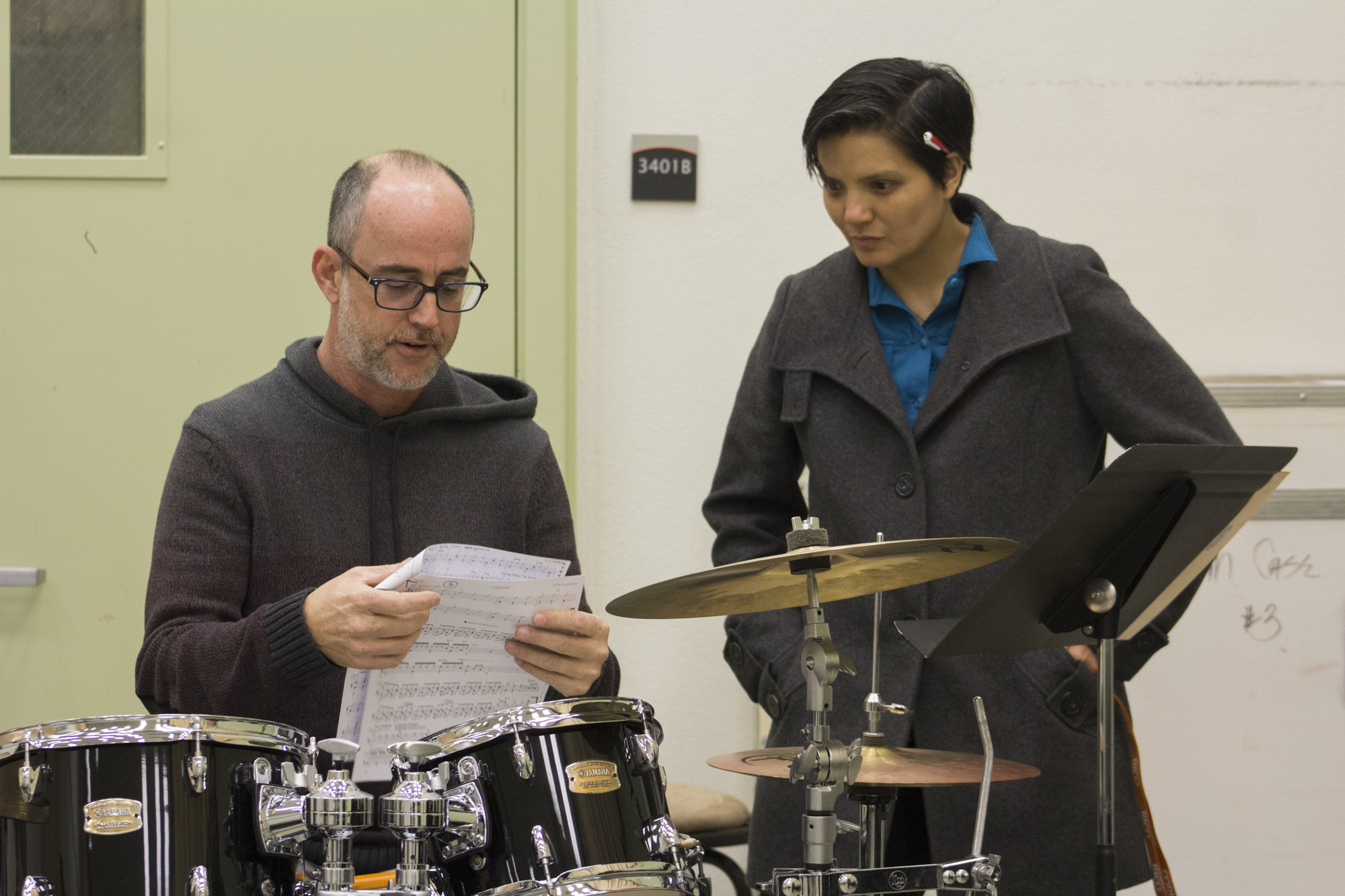 Musicians are not always in the first row when it comes to theatre musicals, but it doesn’t mean they are less relevant; on the contrary, their rhythm and skill are responsible to hold the strings for a whole production to succeed.

Pit band auditions took place this Friday at the Performing Arts Building for the upcoming musical “In the Heights” which is expected to premiere on April 26.

Applied Music Program Director Wendy Mazon was in charge of the auditions hoping to find a versatile group of musicians that will reach the high demands for this musical production.

“We need students with several years of experience on their instrument and that are comfortable playing different kinds of Latin rhythms,” Mazon said.

“In the Heights,” is a story that explores the changes and struggles of different characters’ lives in a Latin American neighborhood in Washington Heights, New York.

The music and lyrics are written by the creator of the successful musical “Hamilton”, Lin-Manuel Miranda, and book by Quiara Alegria Hudes.

The musical combines a variety of genres like Hip Hop, salsa, and merengue which raised the judges’  (Dr. Mazon and DJ Medina) expectations of each student that came into the audition room to play their instrument.

DJ Medina, one of the mix programmers and staff members of the musical assisted Dr. Mazon in the auditions listening carefully to every single musician playing while looking tentatively to the music sheet.

“We are looking for someone that can keep internal rhythm, and can be able to adapt with whatever has to be done,” Medina said.

Matt Forsyth, a former Pierce College transfer student who now has several years of experience is a student from the Jazz Studies program in California State University, Northridge.

“It’s a very great challenge for the musicians because there is a hybrid of so many different styles in this musical,” Forsyth said.

Many of the students who came to the audition could relate to Forsyth’s words since in the middle of head shakes and nervous smirks, they seemed to struggle with air, tempo, and rhythm.

Marudi Cameron, Pierce College music major stepped into the room to play the flute and amid the nervousness of having to nail every single note, she managed to follow through.

“I got nervous towards the end because it’s where the hardest part was and I guess it’s not one of my strengths,” Cameron said.

“It’s stressful, it’s a lot harder to play when you are by yourself than when you have people playing with you,” Joshua Gomez said, a Pierce College Music major and trumpeter.

Dr. Mazon will be choosing the pit band members throughout the weekend starting rehearsals on March 1. Meanwhile, the actors and singers already had started their rehearsals for the show which auditions were held back in December of last year.

The musical “In the Heights” opens on LAPC Performing Arts Mainstage and tickets are currently available on  brownpapertickets.com