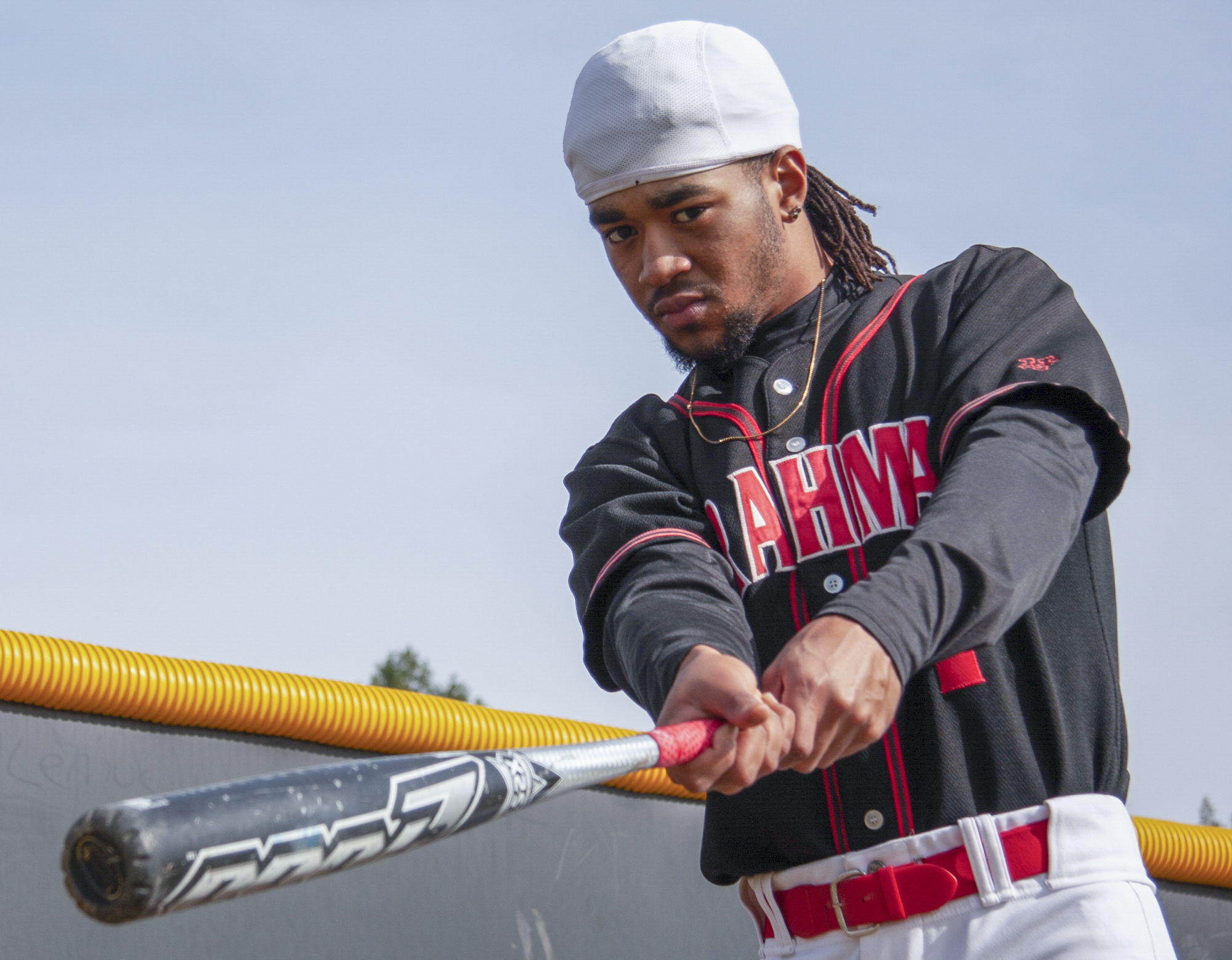 Growing up in a baseball family, it was only natural for current Brahmas’ center fielder Diego Harris to fall in love with the game.

What really helped strengthen that passion for the game was a trip to a special ballpark as a freshman.

“Winning the championship at Dodger Stadium in high school, it was fun. I had a great time,” Harris said. “It was cool to be in a major league park and see what it would look like if the stands were full.”

Harris found his inspiration in a different sport. He looks up to basketball star Kobe Bryant and tries to emulate the emotion Bryant plays with.

After an injury in high school that kept him out of sports for three years, Harris realized how important it is to take care of his body.

He became interested in working out and his nutrition, which lead to him becoming vegan.

“I got injured in high school and I could not play sports for the last three years. I had to find something new to do. I picked up personal training and I started working as a personal trainer in a gym,” Harris said. “I  got a certificate and I learned how to take care of my body after having surgery in high school… I did everything I could do to get back on the field.”

After not playing baseball for three years, Harris started out slow to start his career as a Brahma. But even with the slow start, head coach Bill Picketts knew Harris was going to be a star for the team.

“He was good for me last year and he was young. I had a lot of sophomores and he’s really the only returning starter that I have. I knew he was going to be special last year.” Picketts said. “It took him some time to get use to the speed of the game because he had not been playing for so many years but you can tell he’s caught up this year and feels a lot more  comfortable.”

Picketts said that off the field, Harris motivates his teammates and works hard.

“He has good taste in music, he gets it done in the weight room, his diet is incredible,” Picketts said. “He actually gets the other guys on diets with the right nutrition. I probably need to take him up on that.”

Harris’ training and hard work off the field helps him stand out on the field, according to Picketts.

“He can really run, he can really throw. He has ways to go offensively, but you can see that he works on it and he is trying to get better every single day,” Picketts said.

Right-handed pitcher Jonathan Lavallee said that his speed is what sets him aside from other players.

“His speed is unlike anything I’ve ever seen,” Lavallee said. “His first steps in the outfield are incredible and his arm, it’s an absolute cannon from the outfield, and that’s what makes him stand out on the field.”

Lavallee said that Harris is a great motivator on and off the field and they push each other to make sure they each hit their goals.

“We have a common goal, so we keep each other motivated and focused on our common goal, which keeps us focused in practice,” Lavallee said. “We treat it like it’s going to be the last season we will ever play.”

Harris said he has high expectations for season but also wants to see every player improve.

He is currently getting scouted by multiple division one schools, including Cal Poly, San Luis Obispo, UC Irvine, and Cal State Bakersfield.

Picketts believes that Harris has a bright future ahead of him.

“He’s going to play in the next level whether that’s getting drafted or that’s playing in a division one school,” Picketts said.