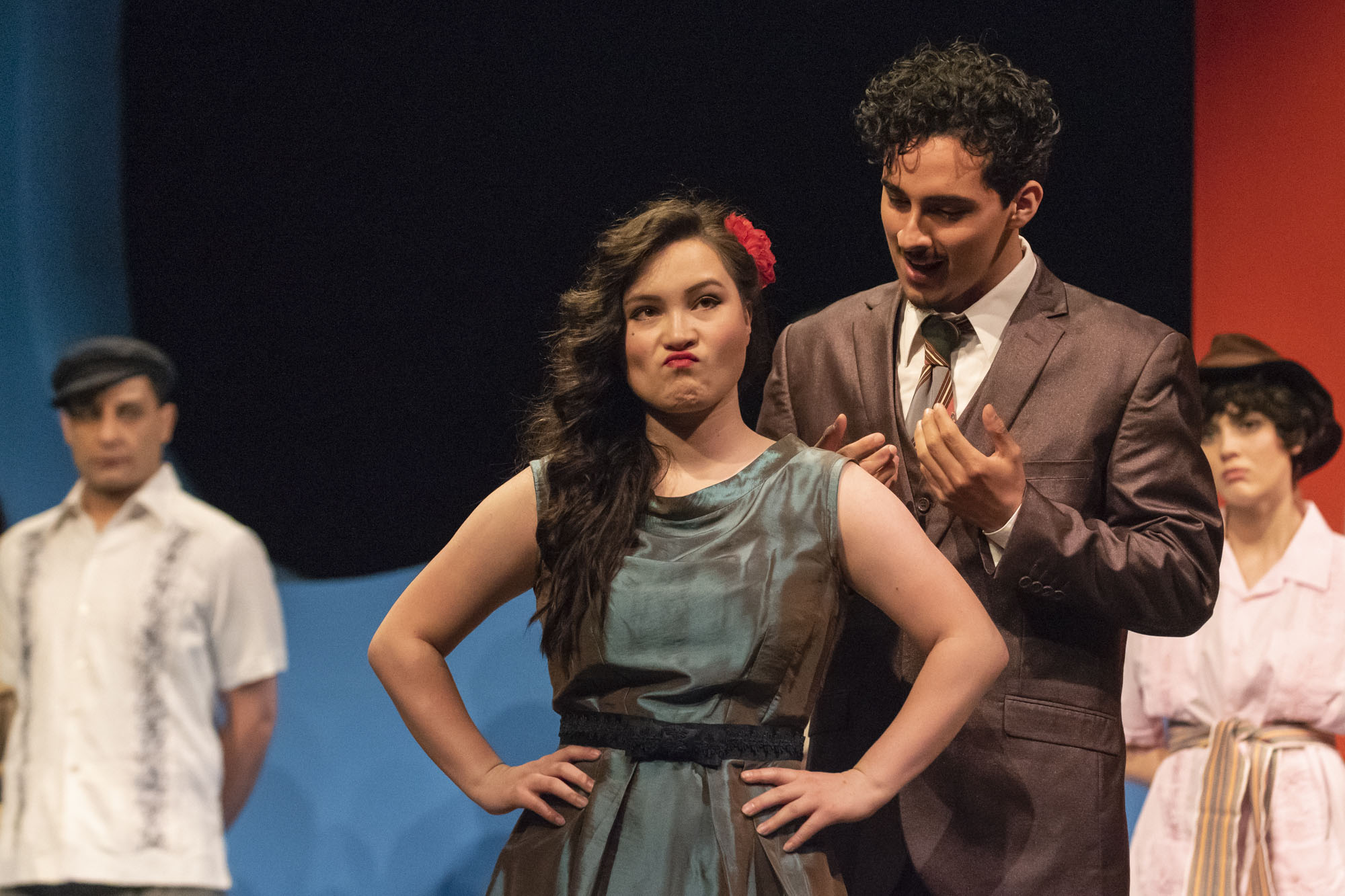 The works of Shakespeare are considered timeless, priceless and universally adaptable. They even travel well, all the way down to the islands.

Twelfth Night by Shakespeare is a classic romantic comedy, directed by Esdras Toussaint. It is the traditional Shakespearean script with a 1950’s Cuban twist.

Twelfth Night will take the audience to a world of new places, through passionate love triangles, and an adventure that leaves you wanting more. Performances begin Friday, March 22 and runs through Sunday, March 31 in the LAPC DOW Arena Theatre.

Twelfth Night follows the story of Viola, a woman who washes ashore with a lost memory. She is forced to disguise herself as a man in order to get work. Viola is hired as a servant for Duke Orsino, but is faced with a bigger problem than her own identity. She has fallen in love with the Duke. Viola must make a decision whether to reveal her truest identity and her profound love or stay silent and stand by while the love of her life falls for someone else.

Director Esdras Toussaint said by taking a shakespearean play and changing the setting and timeframe to the 1940’s-50’s Cuba, it has allowed the Performing Arts Department to bring a new perspective to this traditionally European production.

“Shakespeare is often so very structured, so when I got this play, I thought Island, tropical climate, Cuba. I also wanted to set the location in a place that was tropical because I wanted to bring a bit of craziness to this production,” Toussaint said. “Some of the culture and clubs scenes from the 1940’s- 50’s have been incorporated in the play as well.”

With this production being set in Cuba, the Performing Arts Department was able to select all of its cast and part of its crew from the student body on campus.

“Cuba being a central point for the socialites of the 1940’s and 50s, so everyone all over the world would come to Cuba because it was the place to be,” Toussaint said.  “So I knew that if I placed the setting in Cuba than it would open the casting call to every ethnicity. I knew with that in mind, I was able to cast any students at Pierce College, who were worthy of the role.”

Michael Sande, the Theater Manager at Pierce College, explains the new dynamic of having a large student-only cast and what it has taken the cast and crew to do for rehearsal to run with seamlessly.

“This production has been going very smoothly. It’s a large cast with 17 people in it. So through every process it’s a lot of coming together. Everyone has to be on top of their game. The students have to know that it’s time to get serious, even though this play is a comedy,” Sande said.

Angel Villalobos, who plays Duke Orsino, anticipates the audience will find a new appreciation for the growth that each character goes through from start to finish.

“The scenes that the Duke of Orsino and Ceasrio are talking about men and love, reveal the Duke’s most vulnerable side. That is something new and strange for his character,” Villalobos said. “Those scenes are really emotionally driven, and the ones that I’m excited for the audience to see the most. Those emotional scenes are really important because they break out a second of the comedy.”