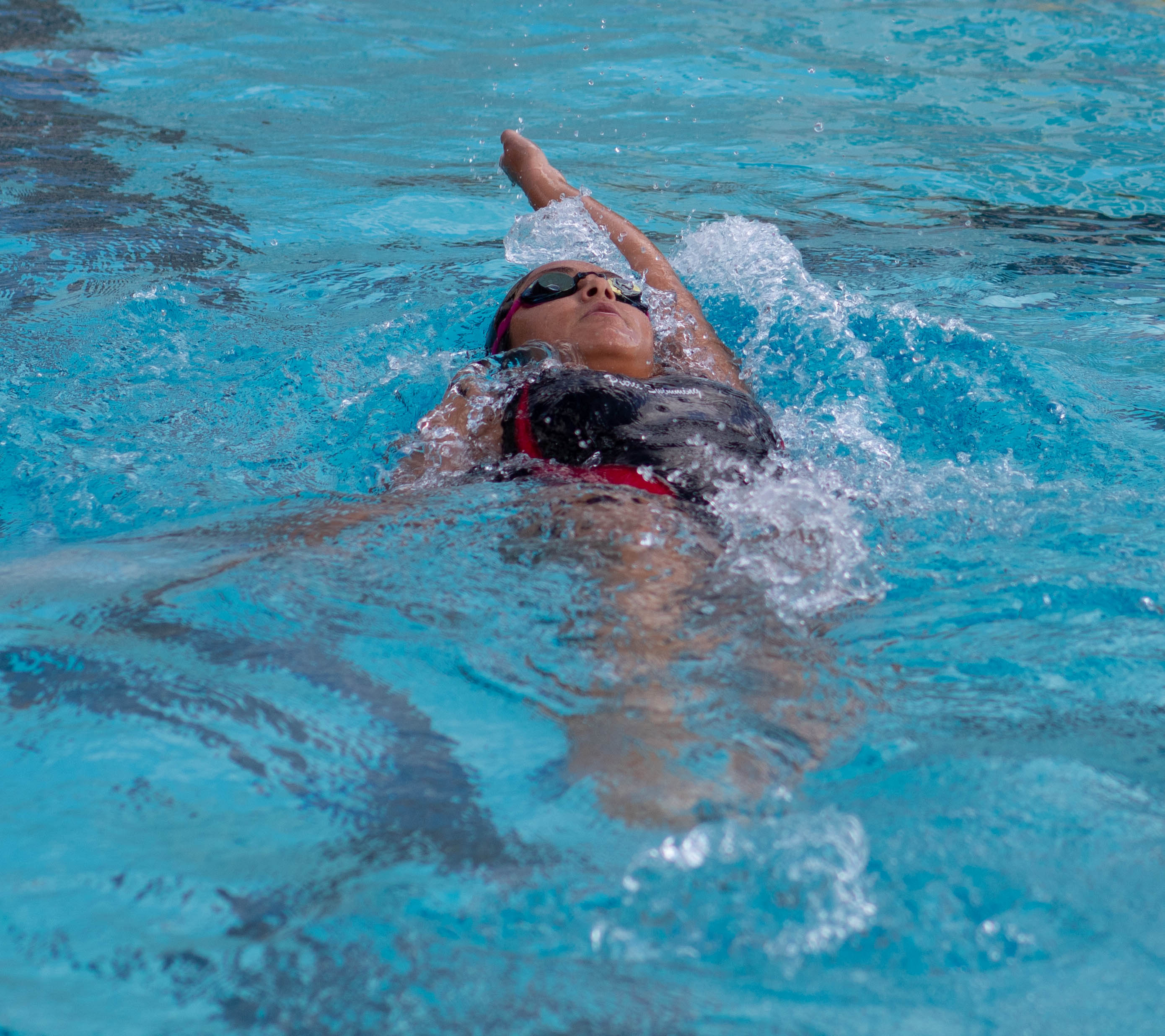 The swim team made a splash in the 19th edition of the Pasadena City College Invitational, a three-day event that had different colleges competing.

Head Coach Judi Terhar said the importance of this invitational was to see where Pierce stacks up against the other swimmers.

“It’s an opportunity to for us to see how everybody in the state of California is in comparison to our team,” Terhar said.

Nanako Fujikura placed seventh in the fourth heat of the women’s 500-yard freestyle.

While the men, Juo Sato in the same event finished fourth with a time of 5:07.89.

In the fifth heat of the individual medley, Juo Sato finished first but was disqualified.

Going into the 50-yard freestyle, Cassidy Hoffman finished with a time of 31.14 in heat six while Jacob Jepson placed third in the 11th heat.

“It’s a lot of visualization,” Feldman said. “It’s kind of thinking about your race and like closing your eyes and picturing your race for a while.”

The men performed well as Jepson placed first in heat six with a finishing time of 53.43 with Marshall placing second.

Jacob Jepson said going into swim meets his strategy is mainly about composing himself and making sure his mind is in the right place.

“It’s knowing that I have done everything I can leading up into this meet to make sure I am better and well rested,” Jepson said. “I’ll always get jittery and butterflies in the stomach sort of feeling, but once I get on the blocks I make sure that all goes away. In swimming, it all comes down to what you practice. It’s all muscle memory.”

Jepson said the butterfly has always been his best stroke because he feels so powerful going through the water.

“I love it when I race it,” Jepson said. “You feel like you are flying and it feels great.”

In the 200-yard backstroke, Fujikura finished in first place with a time of 2:39.40 while Chloe Bryant placed fifth.

McDonald placed second in heat one and Sato placed third in the sixth heat.

Anaya finished third and Bryant finished in fifth place in heat one of the 100-yard breaststroke.

Nevi finished with a time of 1:09.23 and Alonzo got 1:05.81 both finishing first in their respective heats.

Terhar said the next meet will be the conference championships and her strategy remains the same.

“You work them as hard as you can and then you start resting them and preparing them for their specific races,” Terhar said. “Everybody on the team is swimming different races.”

After completing both days, the men’s team finished third in the invitational with 257 points while the women finished 15th with 24.

The next meet will be the conference championships which will take place from April 18-20 at the Santa Clarita Aquatic Center.