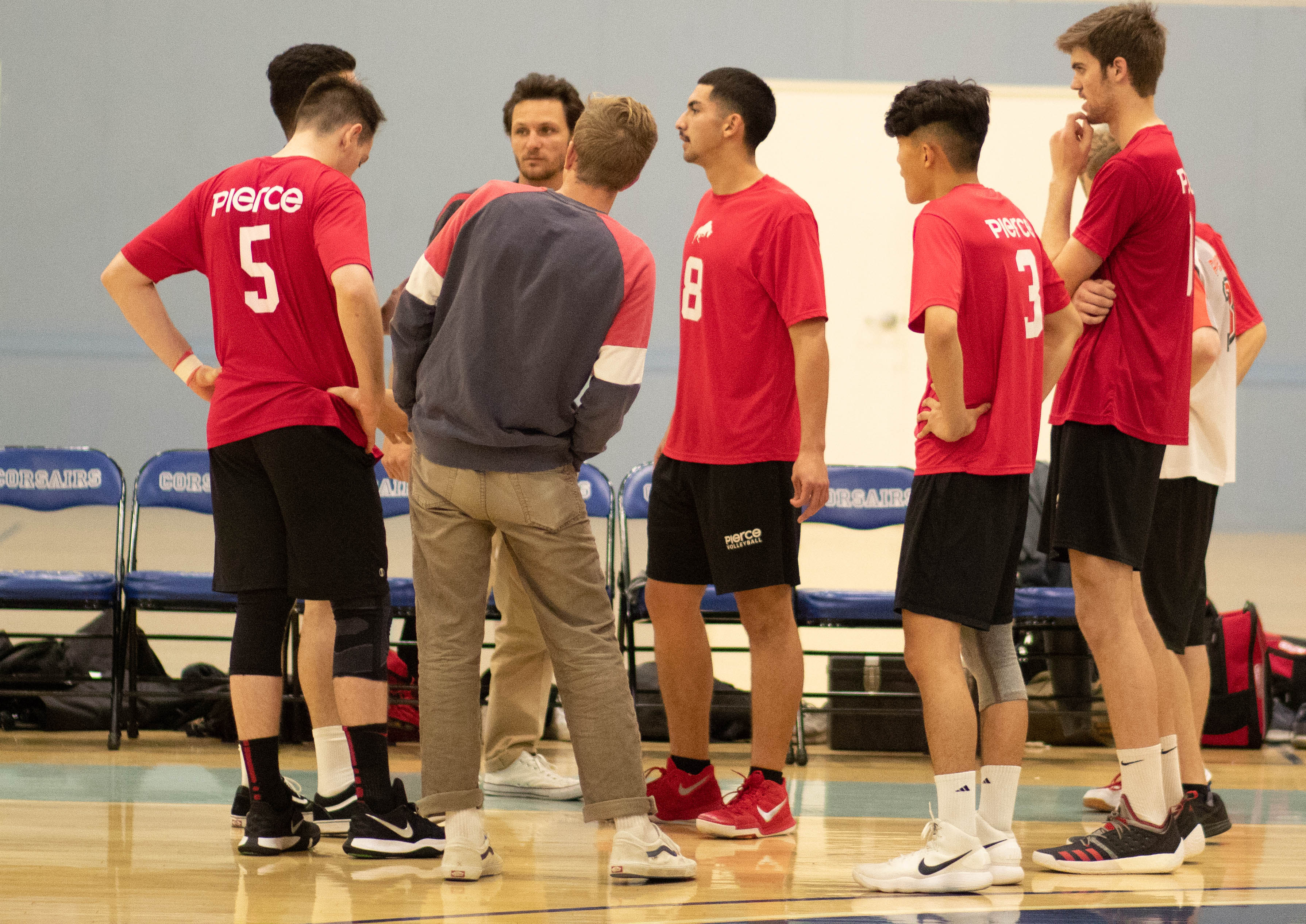 Men’s volleyball head into the final stages of their season as they went on the road to face Santa Monica College in a conference game.

The Brahmas lost in straight sets to the Corsairs as they dropped to 3-11 in the season and 1-9 in conference.

Joshua Giron, opposite and middle hitter, said they needed to play with more heart.

“We could’ve passed the ball a little better and we had little mistakes throughout the game that messed us up,” Giron said.

Pierce was down by nine points and then took the lead. However, the Brahmas would not hold on and SMC would win the first set.

“They played a lot better than the last time we faced them. They were a great team and a great opponent to play against,” Giron said.

Giron said that it is unlikely for the team to make the playoffs and hopes they can finish the season winning either of their next two games.

Grant DeGrasse, outside hitter and libero, said they played poorly against SMC.

“We weren’t focused enough and our receiving was not up to par,” DeGrasse said. “We just didn’t put up a good fight.”

Coach Joseph Arechiga said it was a rough passing night.

“We didn’t execute the passes as we wanted to. Santa Monica were efficient from the start and we couldn’t keep up and that was the issue for us,” Arechiga said.

The Brahmas have two games left this season. They will travel to El Camino College to face the Warriors on April 10 before hosting the Moorpark College Raiders on April 12.