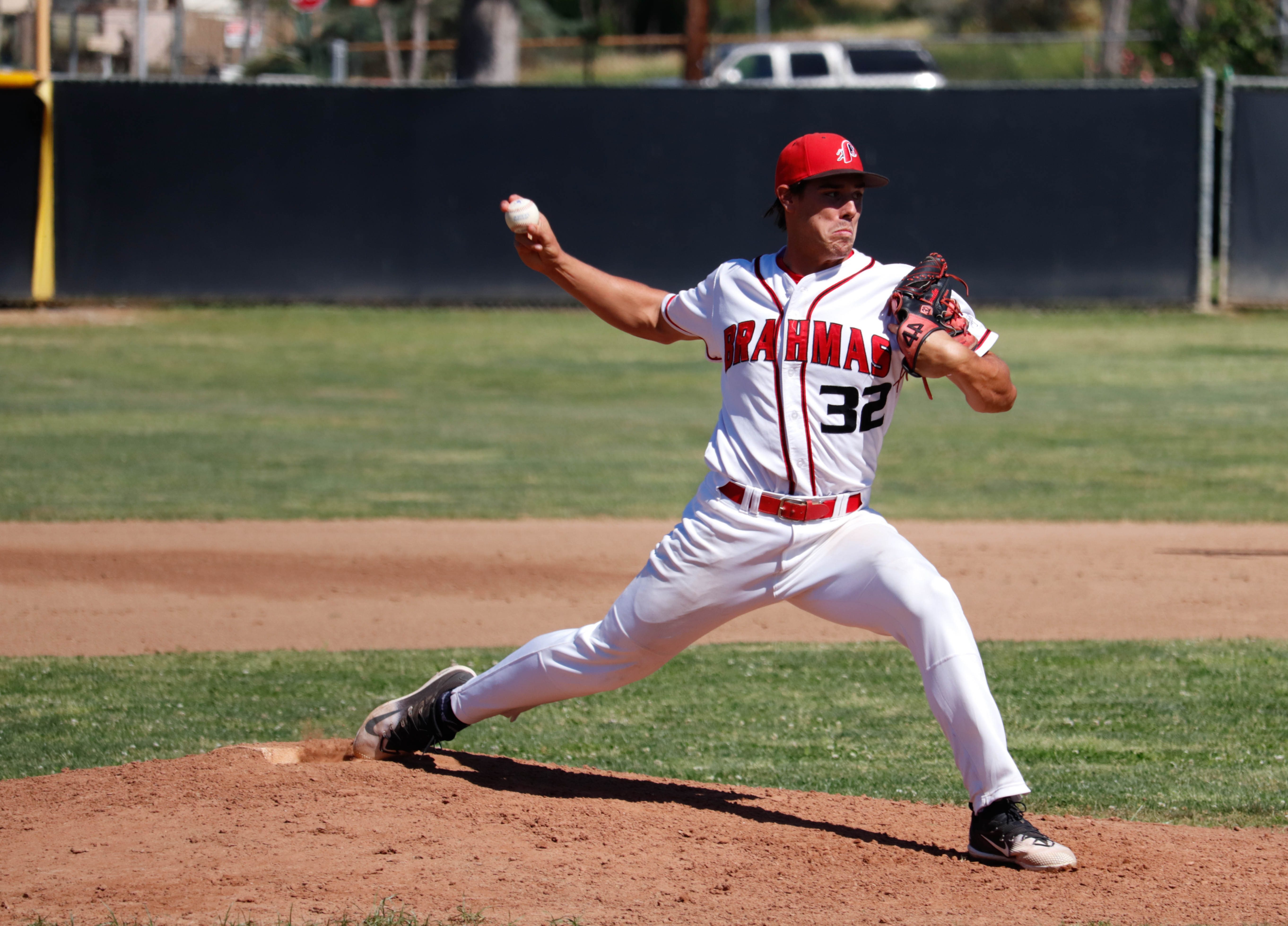 With their ace on the mound against Los Angeles Mission College, the Brahmas took a lead into the seventh inning but ended up losing in 11 innings on Friday, April 12, at Joe Kelly Field.

The 8-7 loss pushed the Brahmas’ losing streak to four games.

Multiple Brahmas’ errors led to runs scoring in the game and they left runners in scoring position in multiple innings.

Johnathan Lavallee was the starting pitcher for the Brahmas. He pitched seven innings and allowed three runs, with only one of them earned.

“I feel like I did well at the plate and on the mound, and I just need to do better next time. Anything can happen in this game, we do care and we do compete as hard as we can, we just need to fix our mental game,” Lavallee said.

Picketts discussed the impact Lavallee has had on the team, offensively and on the mound.

“He’s kept us in every game he’s pitched, offensively it’s kind of a burden on him but he’s done a great job with it, his impact has been immense,” Pickett said.

Mission had a 3-2 lead when Picketts went to his bullpen.

As both starting pitchers left the game, the two offenses broke out to score 10 runs in four innings.

The Brahmas had two rallies to tie the game. The first came in the ninth inning when Lavallee hit a sacrifice fly with the bases loaded to tie the game 5-5.

The next came in the tenth inning with the Brahmas trailing by two runs and two outs. Diego Harris hit a single to tie the game 7-7.

“I was just really trying on getting the runners home and to take advantage of what was given to me,” Harris said.

In the top of the eleventh inning, Mission college took the lead again on a home run and the Brahmas were unable to score in the bottom of the inning.

Their next game will come on Monda, April 15, against Long Beach City College. First pitch is scheduled for 2:30 p.m.