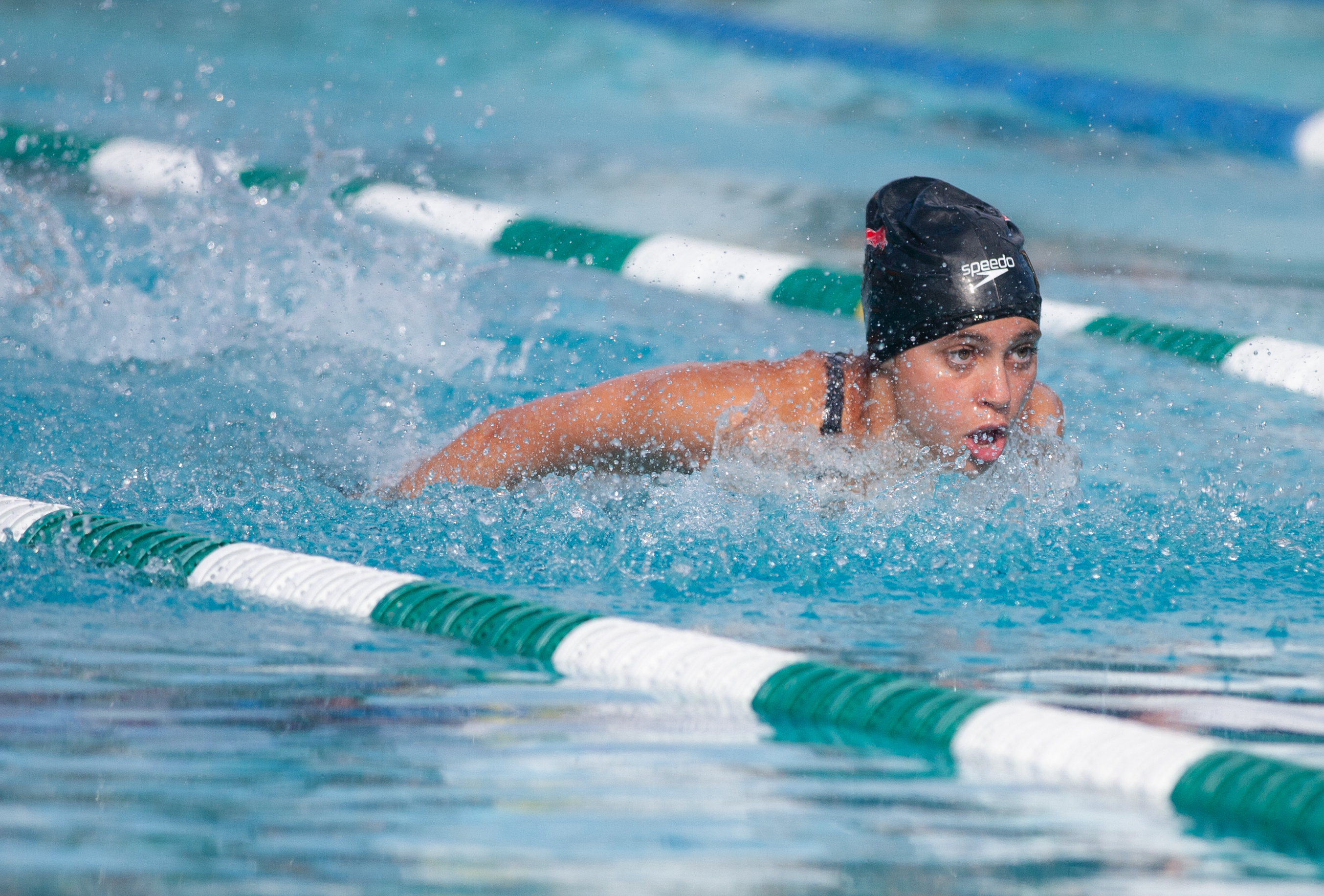 Personal accolades were not enough for the swim team in the 2019 Western State Conference Championships, a three-day meet at the Santa Clarita Aquatic Center, starting on April 18.

The men took fifth place with 352 points and the women finished tenth with 139.

From the team, Mario Marshall, Juo Sato, Wyatt Feldman, Alonso Noguera and Jacob Jepson advanced to the state competition in Cupertino on May 2-4, according to Head Coach Judi Terhar.

Jepson said after the last session on Saturday that everyone collaborates on this team.

“Whether you’re just getting into a consolation final, or you’re getting first place like Mario [Marshall], top five like Wyatt [Feldman], Juo [Sato], myself,” Jepson said.  “It’s an amazing feeling. We each play a part on this team.”

Terhar said that some have more experience being in the pool than others.

“Most of the women are on the water polo team and we had them come to this team to help get them in shape.  For many of them, this has been their first experience with swim racing.”

There are eight women and eight men on the swim team. Many of the men have been swimming before, while most of the women have only been swimming for water polo.

That didn’t stop Nanako Fujikura from competing in all but the last relay the women entered, along with the 1,650-yard freestyle heat.  It also didn’t stop the women’s team from entering 31 total race events.

Judy Martinez said she didn’t want to let the team down during the 200-meter freestyle relay of the Thursday finals.

The men competed in 24 individual heats, and five relays, for a total of 29 events.

Several family members were in attendance at various stages of the event.  Carla Jepson, mother of Jacob Jepson was in attendance with her sister on Thursday.

Marshall had his daughter and wife watching him in the stands. Other family members made appearances later in the event, taking videos and photos with phones and cameras.

Terhar said that it is difficult to see her swimmers leave.

“It’s really tough,” Terhar said. “I get so attached to these kids, and they’re gone in two years.”

In total there were 83 preliminary heats and 50 final events.

Every race event is split into heats.  For some events, there were more entries than controllable lanes, so the entries are split up into multiple groups.

According to Terhar, most final events had a consolation heat for swimmers whose preliminary times didn’t qualify for the main heat, to give them an opportunity to compete, and to improve on their time.

Records were also broken by Marshall on Friday and Saturday.

“I broke my own record on the 100 fly [100 meter butterfly] yesterday [Friday],” Marshall said.  “I broke that record for the second time. And today I broke the record for the 100-[meter] freestyle.”