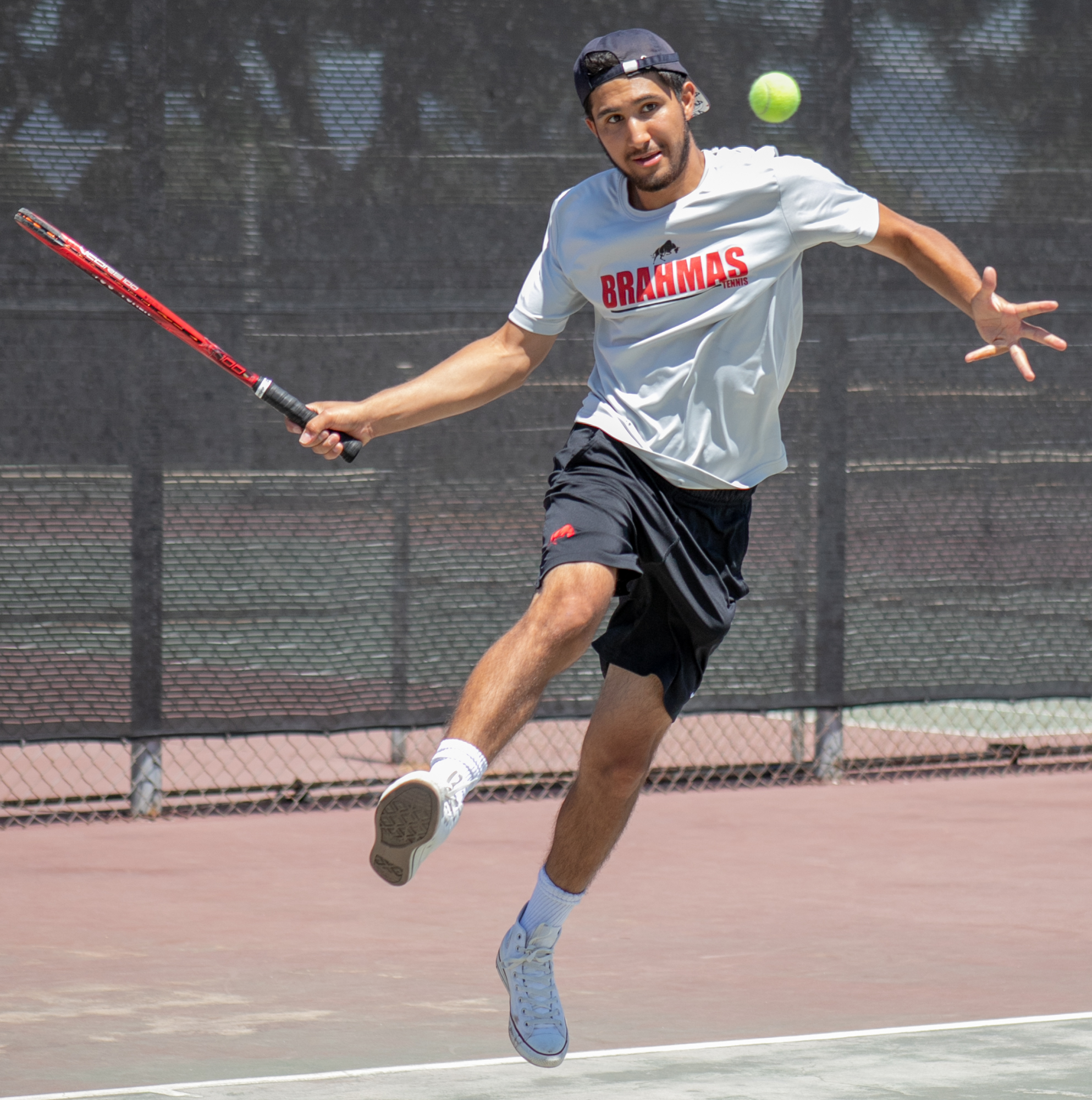 The tennis season was a struggle as the team didn’t have enough players and lost every game. However, two players went through the rough patch and are now competing in The Ojai Tennis Tournament from April 25-28.

To play at Ojai, which is a state competition, players must qualify. Thanks to a first-round win at the Ventura College conference tournament, Christian Ponce and Daniel Vinterfeld were able to advance.

“It’s really a historic tournament and participating in it is a huge honor,” Ponce said.

Ponce will be facing College of the Desert’s Sebastian Gomez in the Round of 128 on Thursday, April 25, at 8 a.m. The games will be held at the Moranda Park Tennis Complex in Port Hueneme.

In the doubles competition, Ponce and Vinterfeld will be facing Reedley College’s James Garcia and Joel Reimer at 1 p.m on April 25. The games will be held at Hueneme High School.

Ponce said that playing at The Ojai is huge for him.

“I think me and Christian have good chemistry when it comes to doubles,” Vinterfeld said. “I enjoy playing doubles with him, he keeps me stay motivated and I help him stay motivated.”

This is Vinterfeld’s second year qualifying and participating in the tournament.

“You get immersed in that high level of competition and it kind of gives you what NCAA and upper division tennis feels like,”  Vinterfeld said.

Ponce is preparing for the event by playing more practice matches instead of aiming practices. He is also testing new rackets and doing conditioning work.

Vinterfeld is preparing for the event by playing a lot, staying motivated and trying to keep his physical health on top.

“I been working on a lot of basic fundamentals like working at the net,” Vinterfeld said. “Lot of doubles work as well, just practicing closing out points, playing at the net and finishing at the ball.”

Head Coach Long Dao is preparing for the event by mainly trying to manage their health, so the tennis players are able to play four matches a day.

Dao is also helping the players work on strategy and what to exactly do on the court.

Ponce said he is just going to just go out there and play.

“I kind of expect to win because I’m putting myself ahead,” Ponce said.

Vinterfeld is more excited than nervous going in to the tournament.

“If I’m ever nervous I use it as fuel to get me energized off it,” Vinterfeld said.

Ponce and Vinterfeld have learned a lot from  Dao.

“He told me to play more in a composed fashion and not to go for extremely risky shots,” Ponce said.

Vinterfeld said Dao has helped him in his serving.

“He’s helped me develop my serve a lot more,”  Vinterfeld said. “Having more tennis IQ has help a lot.”

Dao said he is always excited for The Ojai tournament because it’s the most fun tournament for him.

“After we compete, we get to see some division one guys play,” said Dao. “They get to see what it’s like to compete at a high level.”

Dao hopes his team can at least get through the first day. Dao advises his players to just be patient.

“I know for them it’s going to be an exciting time,” Dao said. “Just be patient and let all the work we put in the season to this moment.”