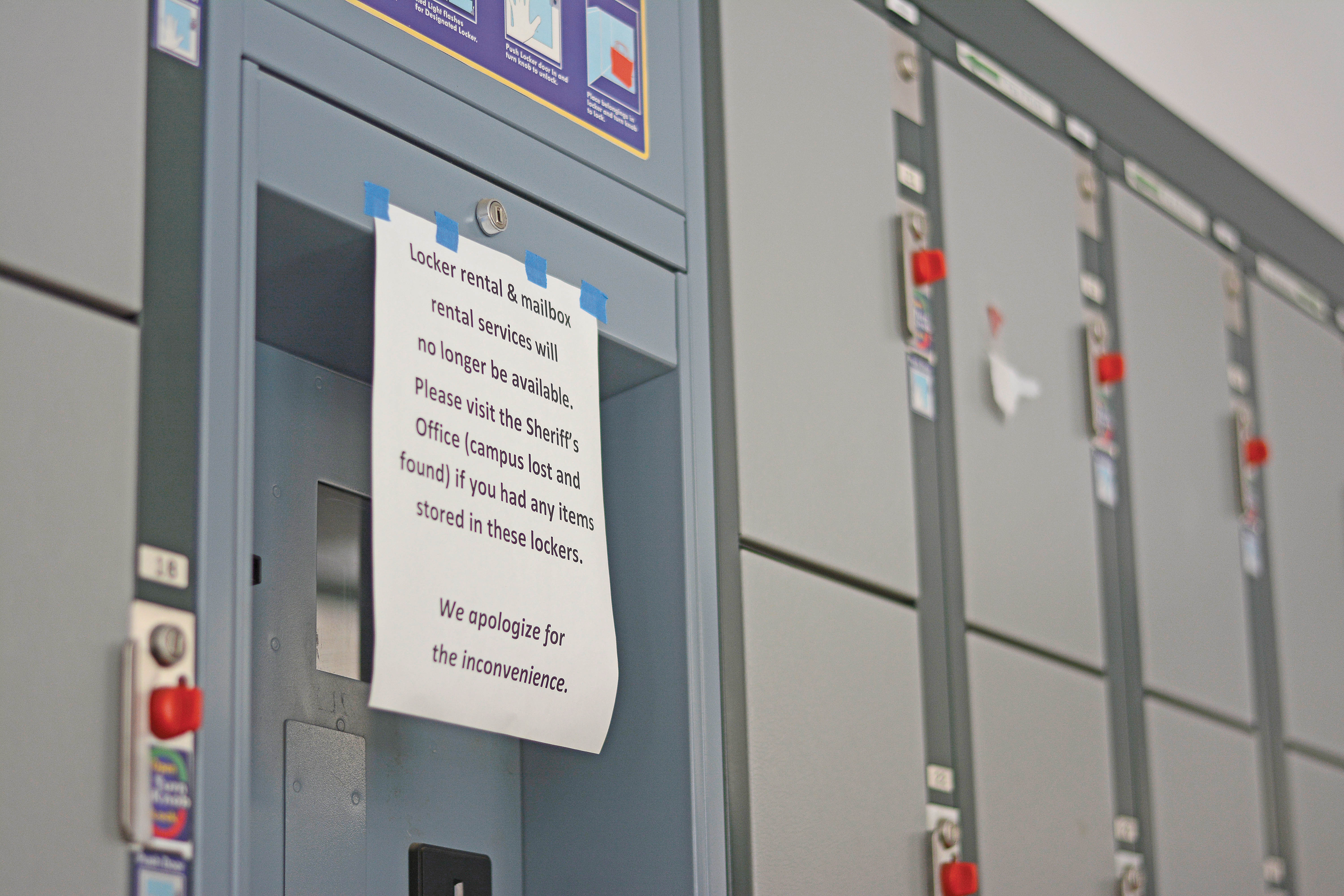 Students spend several hours at school carrying books and bags, so having lockers available for them could be a good option to alleviate the weight off their shoulders.

Currently, the bookstore has 64 empty lockers that have not been used for several years, which total to about $100,000.

Assistant Bookstore Manager Candy Van said that these lockers were installed 17 years ago where students had the chance to pay a daily rate to store their books.

After two years of installing the lockers, the lockers stopped working because of a power outage.

Van has mentioned that they don’t have the budget so they can’t afford that amount of money to repair the lockers.

The bookstore is owned by the Los Angeles Community College District (LACCD) and Pierce College does not provide any financial support to them.

“We’re self sustained,” Van said. “ We are going to look our priorities first. I have many other projects.”

Despite the technical issues, Van kept renting the lockers to students with a reasonable price.

“The lockers only work with a master key now,” Van said. “Students would have to let us know they wanted a locker and open it for them.”

Van remembers that five years ago they had to close down the lockers because there was a homeless student renting eight lockers at the same time.

“We didn’t want to  discriminate anyone but for the campus’ safety, they told us to not rent them anymore,” Van said.

Van has had attempts to make good use of these lockers but, unfortunately, they have failed.

“We tried to work with Amazon to have a dropping box,” Van said. “But they told us we’re not big enough because we are not a four year institution.”

Holly Hagan, a textbook buyer, said that not many students used the lockers while they were in use. Hagan said the cost to fix them may not be worth it, if students do not rent the lockers.

“We probably have to have some kind of contract with them [company],” Hagan said. “ They’re going to do the upkeep and then that would be a monthly expense.”

Van is planning to reopen the lockers and administer them with one master key for all lockers.

“Probably, we’re going to advertise  it,” Van said. “If students need them, they can come to us and rent $30 per semester.”

Pierce College student Alondra Morales explained why she would not utilize the lockers if they became available again.

“I’m not here often enough to be using them. I could carry my stuff in my backpack,” Morales said.