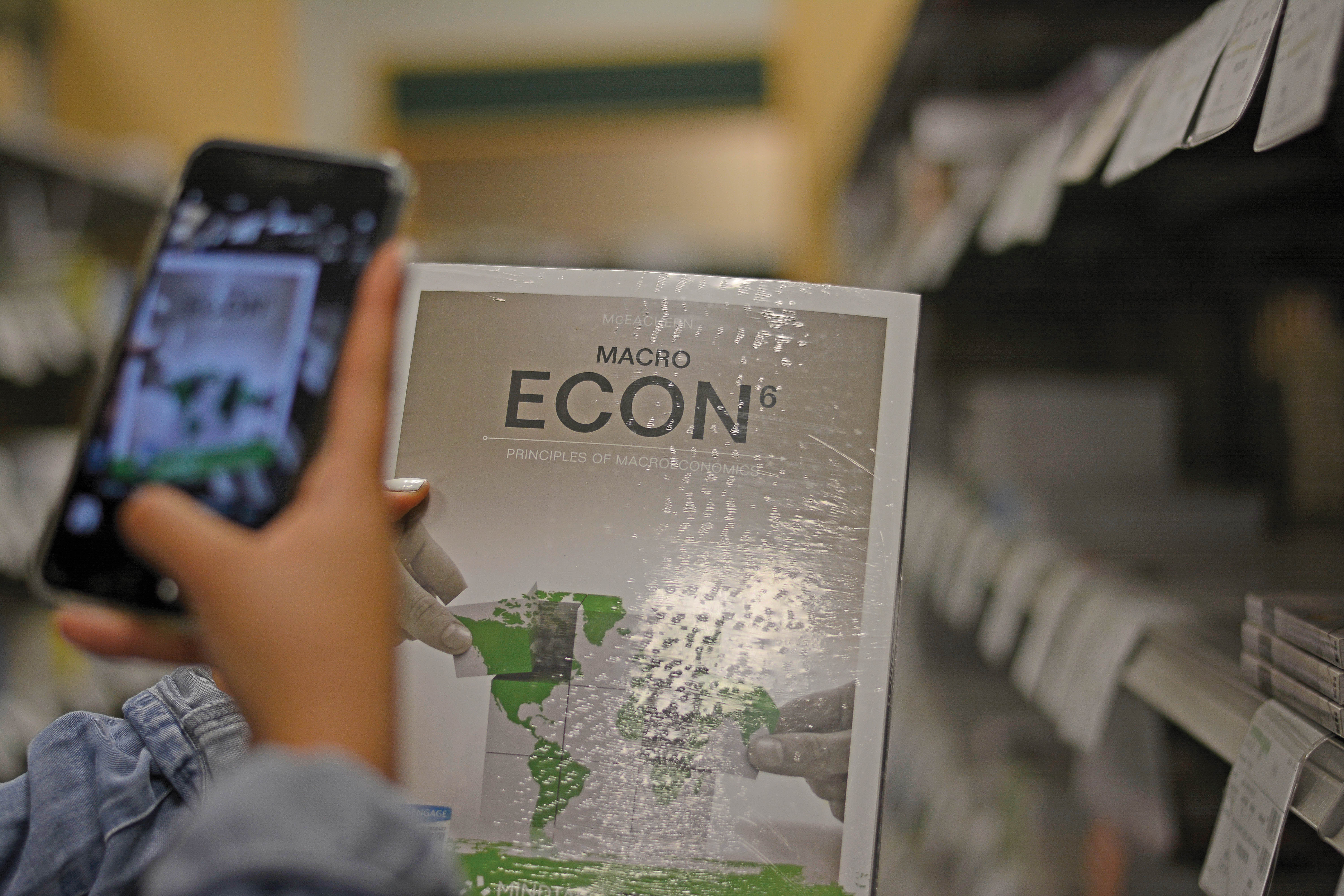 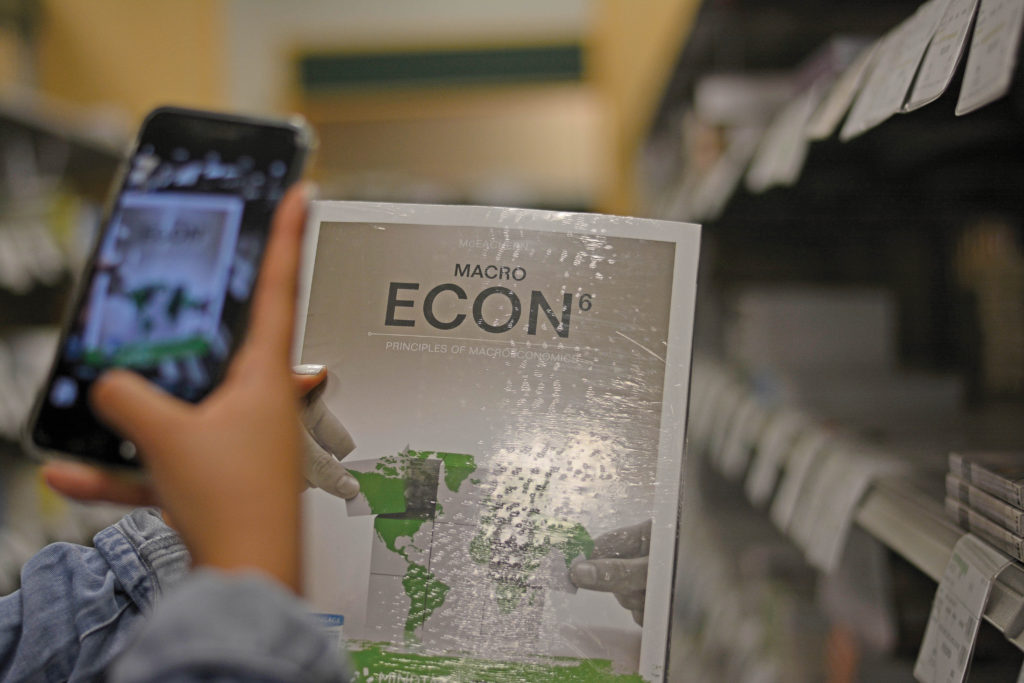 Shoplifting occurs just about everywhere, and Pierce is no exception to this crime.

Holly Hagan, a textbook buyer, has witnessed several thefts at the bookstore this semester indicating 10 books with missing codes so far.

“It’s been going on for years where people steal from us,” Hagan said. “The reason why it’s happening more often than in the past is we’re offered less help. There’s not as many

employees in the bookstore. There’s not someone out there watching the store as it should be because we’re all trying to get our work done and we’re actually doubling up.”

“When students steal the access codes, the books are useless,” Van said. “We have a box filled with books tha we can’t sell anymore.”

There are generally two ways that theft has occurred in the store; one way involves students trying to sneak out of the store with the book and the other involves taking pictures of the access codes.

Hagan said that she’s had to chase several fleeing shoplifters in order to apprehend them.

“I have chased [shoplifters] and I catch them and I bring them back,” Hagan said. “And I usually tell them, ‘Don’t you feel stupid for being caught by a 57-year-old lady when you’re like 30 years old?’”

However, the stores alarms don’t always go off during a theft.

“If they take out the sensor and leave it on the shelf, then we really don’t know the book is missing until we do inventory,” Hagan said.

“You know how the books are usually shrink-wrapped? Sometimes the store will find some that have been opened and assume that someone opened the book and took pictures of the access codes,” Sanchez said.

Nevertheless, Hagan has proven to have an advantage for this method of theft avoiding people to get total access to those codes.

“When they [shoplifters] take pictures of the codes and leave them on the shelf, those are exciting days for me,” Hagan said. “I would wait like two or three days and I would let them get into their groove and then I would freeze the code. I’ll call the company and I’ll have the company freeze it [code].”

“Because of the fourth amendment, we can’t search through other people’s phones,” Sanchez said. “And since we can’t search through their phones, there’s really no way for us to tell whether or not they were actually taking pictures of the access codes. Unless we have actual proof that a student was taking pictures of the access codes, we can’t arrest them.”

Sanchez said that theft involving access codes is a tough one for officers, because currently there are not any sufficient ways of collecting evidence to these crimes.

“Hopefully, with the new security cameras we can get footage of people doing this,” Sanchez said. “If the security cameras do capture a student taking pictures of an access code, then we’ll send the footage to the courts and they’ll decide whether or not a student is guilty.”

The convictions for these types of crime fall under petty theft

Van said that the thefts are an unfortunate event at Pierce.

“I just want students to be honest,” Van said. “If they’re stealing codes, they might also be cheating in their classes.”