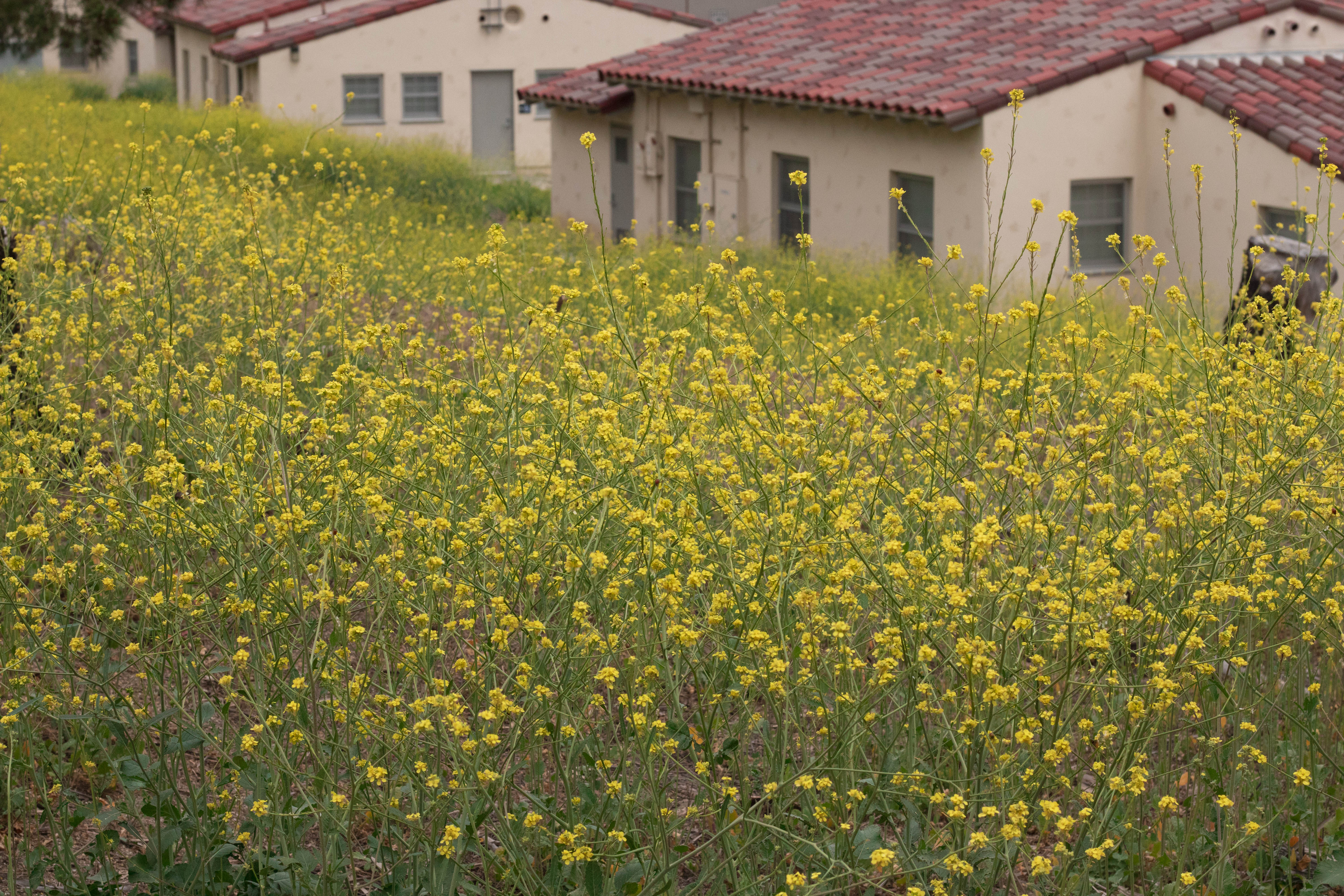 After an unusually high rainy season, California has seen an influx in a species of flower called the “Brassica nigra,” better known as black mustard.

This species of flower is sprouting all across the hillsides of Pierce College, mainly near Parking Lot 4.

Although it is adding to the beauty on campus, it is making the college more dangerous.

The black mustard flower is an invasive species most commonly found in tropical regions of North Africa, temperate regions of Europe and parts of Asia. The flower is often associated with an aftermath of a fire because it is usually the first thing to grow. And because of its invasive nature, it produces chemicals that prevent the growth of native plants, according to cabi.org.

It may surprise many when a collection of orange and yellow flowers spawned on some of those affected hills, which came after Woosley Fire that burned 96,949 acres, according lacountygov.

According to a recent article by the Los Angeles Times on the fire dangers of the black mustard flower, “invasive grasses carry the most risk for firefighters,” Ventura County Fire Capt. Kenneth VanWig said. “Once they are dry, invasive grasses can ignite easily and carry fire quickly.”

Black mustard flowers are weeds that can grow, when kept untreated, more than six feet. This would create what is called a “fire ladder,” carrying flames sometimes taller than trees.

While no one is at fault, this problem needs an effort from numerous departments and facilities at Pierce to take the appropriate actions in exterminating these flowers before they may serve as kindling to wildfires.

One way Pierce can stop the growth of these invasive flowers is to replace black mustard plants with more native flowers to the area.

According to ovlc.org, there are dozens of native wildflowers that can grow in various dry climates Southern California has to offer today.

Pierce could introduce some of these flowers to the grasslands and hillsides to aid in the prevention of more invasive flowers.

Pierce has the potential of leading the charge against a fire to strike by educating students on how prepare. This could showcase Pierce is serious about this issue.