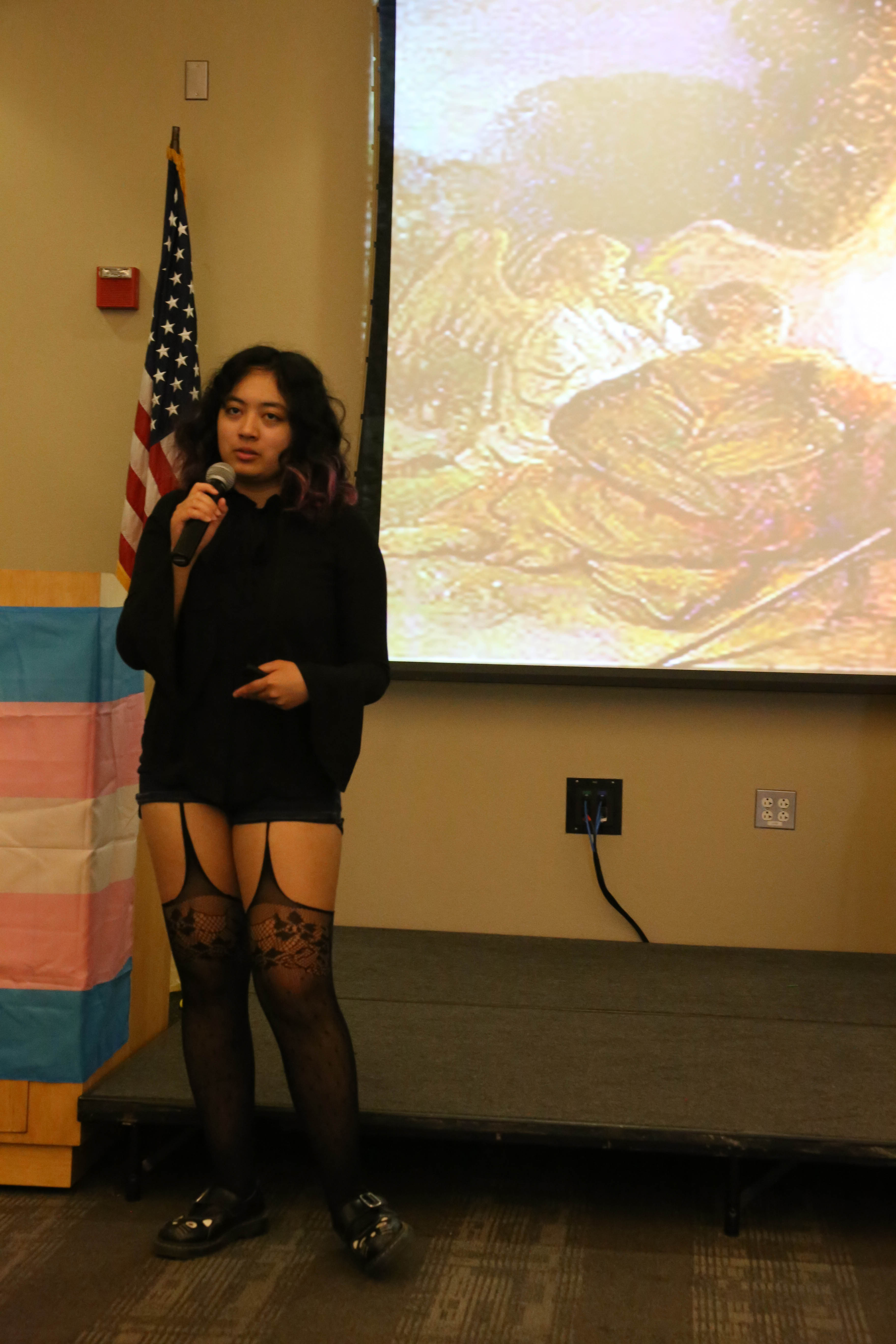 The Pierce College LGBTQ “Resist” event focused on positive response. Instead of shying away from prejudices and social injustices found in society, it discussed them directly.

The event was a gathering at the Great Hall on Wednesday, May 8, to celebrate LGBTQ pride. The Resist panel discussions covered topics such as pop culture, religion, navigating academia and even included a self-defense demonstration.

According to the event organizer, Queer Brahma Collective member Nate Mendoza, the event was put together as a response to some issues on campus.

“A lot of people have been put into hiding due to an incident involving doxing,” Mendoza said. “So we want to slowly reintegrate queer orientated activities back onto campus that people feel safe expressing themselves and being who they are.”

Doxing refers to broadcasting private or identifying information about a person on the internet.

Communications Professor Robert Loy came to the event to support his student, who has been planning it for months.

“Nate actually talked to me about this event a couple of months ago and it was an opportunity for a panel of people that identify with different denominations, either different genders or different sexual orientation,” Loy said. “So queer students and finding ways to have a conversation about intersectionalities, whether it be pop culture or religion.”

According to Dale Fields, the Resist event is a celebration of the resilience of the queer community in a dominantly straight society.

“If someone is straight and they identify in the same way that their body presents, then you just go walk out into the world and advertisements are built for people like you and TV shows are built for people like you and people talk and they know how to relate to you,” Fields said. “But if you’re different, if you’re not a part of a dominant power group, if you are a woman, if you’re a person of color, if you are someone who is queer, then you don’t have a society that’s built for you, you don’t have a place where you can just feel at home and just let all the stress go away. So a queer event like this during pride week is just to give people that space.”

According to Mendoza, the primary objective of Resist is to not only raise awareness about the LGBTQ community on campus but to encourage students who may feel isolated.

“I hope that people start to feel safer and that they deserve to exist and be happy on campus instead of feeling like their identity prevents them from being able to access very important parts of themselves,” Mendoza said.