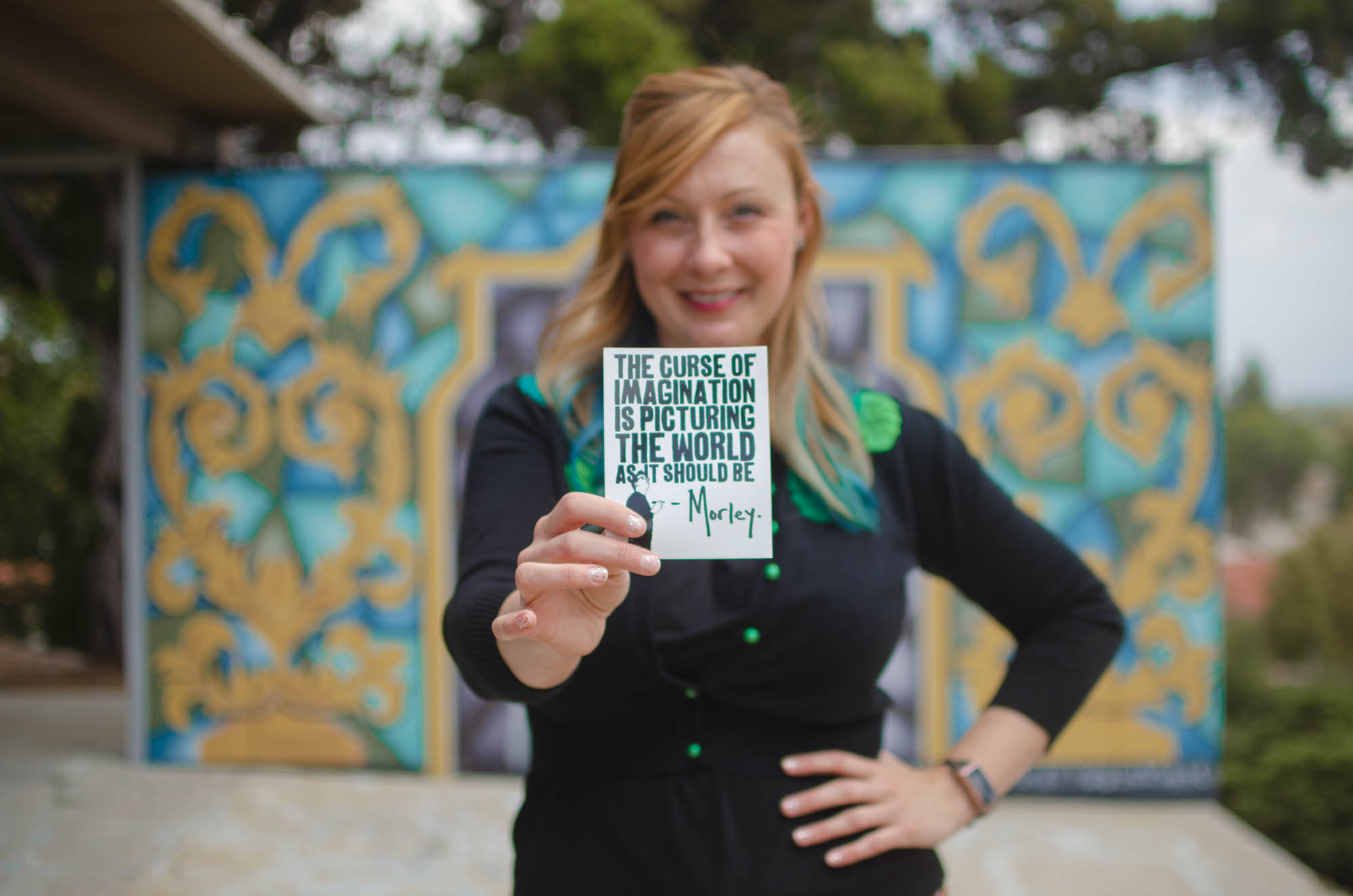 An artist’s vision doesn’t always come out as a masterpiece, but for Lyndsay Phillips it’s more about spurring the imagination and enjoying the creative process.

Phillips is hoping to spread that passion as the new art professor at Pierce College.

“I always made art but was not terribly great at it,” Phillips said. “Since I was a kid, I was interested in creating art and learning about artists and how they reflect the world around them.”

While Phillips enjoys teaching general art, she also has a special interest in art history.

There are many ways to look at art, but understanding the history and culture behind the art gives it greater depth.

“Everyone can look at an image and take something from it,” Phillips said. “Helping them to see things differently and connect with other cultures and maybe historical period.”

To Phillips. Pierce College is an interesting place that shows its true colors in many ways..

“Pierce College had been kind of revealing itself to me the past couple of weeks,” Phillips said. “I feel a little disconnected from the rest of the campus however, it’s really that we have this space. Up in the mountains.”

Phillips has had just about every job under the sun, with a few notable ones prior to current profession here at Pierce.

“I’ve been a waitress and bartender for a long time,” Phillips said. “I did makeup and special effects for film and print and music videos, I was an online editor for the daily news for a couple of years, I’ve had a lot of odd jobs in the middle of it, this is the best job though.”

One of the biggest influences on Phillips during her time outside of the United States was the street art found all across Paris.

“I’ve been in Paris since 2009,” Phillips said. “And graffiti and street art were pretty big over here already but over there it was poetry on the walls. I really enjoyed that sense of not really being alone, that sense of community that was being created one person at a time in these random often dirty alley ways were beautiful.”

Ironically, one of the other major influences on Phillips also comes from France, that being “The Little Prince” by Antoine de Saint-Exupéry.

“The Little Prince, which is my favorite book,” Phillips said. “It is really written for children in quotes, but it is actually very philosophical. I have read it many times, I’ve read it in French, English and German. On my arm are tattoos from the book in French, which is the original.”

While adjusting to American life again can be stressful, Phillips likes to clear her mind and relax from the stresses of the day by doing what she loves.

“I’ve been doing some crafting mindless; I don’t care if it looks awful,” Phillips said. “I love hiking, traveling and camping and I try to go to a new thing. And I go to a lot of museums. I like to disconnect as often as I can. During the week, I work work work, and on the weekends, I’m off the grid.”

Douglas Arciga is a current student at Pierce College and is taking an Art History class for the first time with Professor Phillips.

“She is a great teacher, I love how she teaches in class, she is very nice and kind to everyone. It’s pretty nice to learn from her about the history of art.” said Arciga.

Sarin Esagholian, a Nursing major, believes that what makes a good professor is their efforts to help see students make it.

“I am looking forward to collaborating with her.” said Professor Monika Ramirez Wee.