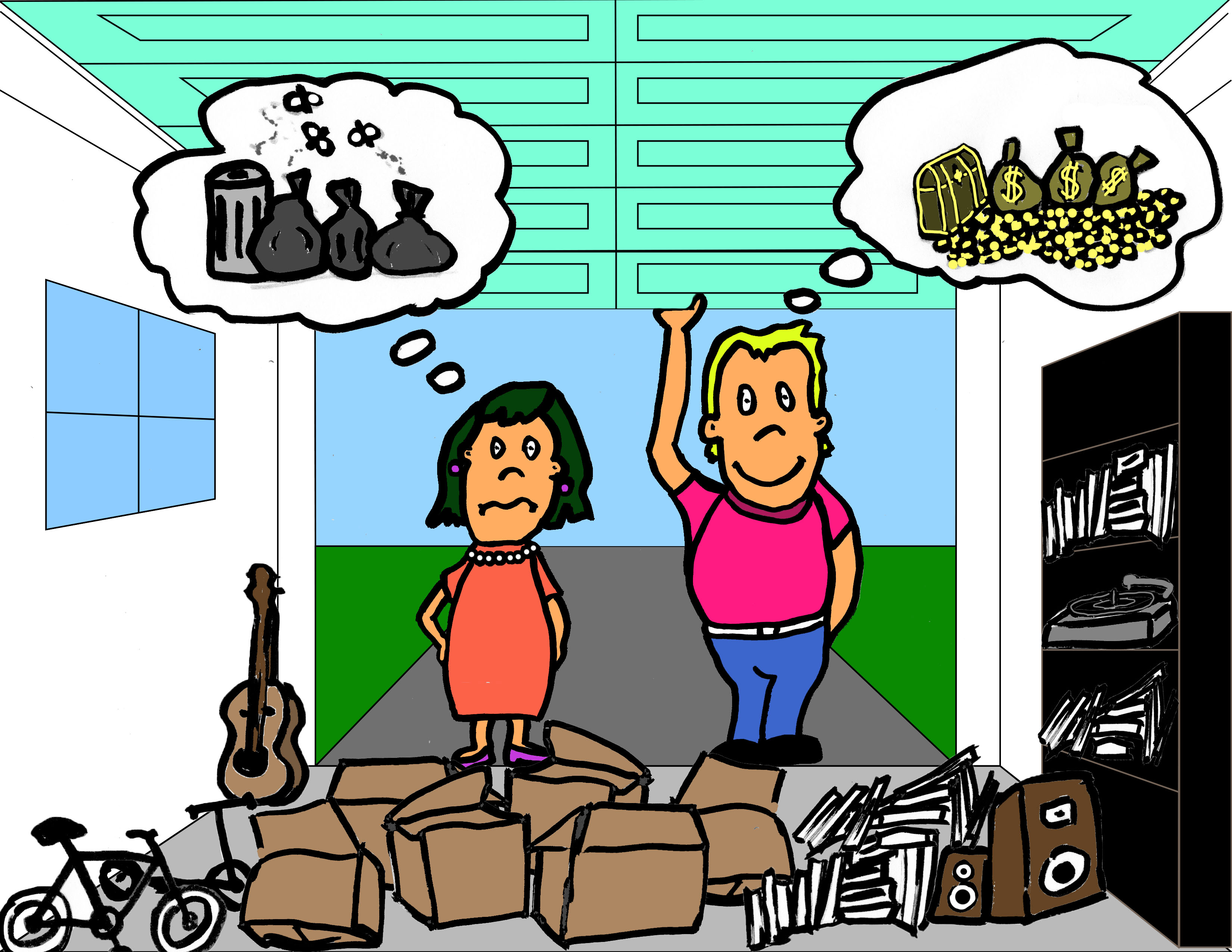 While “one man’s trash is another man’s treasure” is a common phrase, it holds truth for any college student looking for a cheap alternative to finding things they need without breaking the bank.

Pierce College should hold a student yard sale so that those wanting to get rid of certain items can find an easy, safe and reliable way for getting them to someone who could find them useful.

Students are often throwing away items that are still in good condition because they don’t have any use or the space for them. Some would rather upgrade to the newest edition of an item than continue using the one that they currently have.

Unless an object is broken beyond repair, then it is not trash. According to planetaid.org, about 640 pounds of trash is produced by college students yearly.

Simultaneously, there are students who need items such as books, clothing, furniture or even bedding but can’t afford to buy or replace them.

Buying and selling online can be risky and unsafe. Money can be lost on items that don’t fit the description, or sometimes it is never sent. Objects that are too heavy, such as furniture, can be difficult or expensive to ship and require meeting face-to-face to make the transaction.

Having a garage sale can allow students to see exactly what they’re getting when they’re getting it. There’s no tricky business involved because they can physically test whether it actually works. This also helps avoid the dangers of having to meet a stranger from the internet as it’s all done on campus.

Considering that the sale would be catered specifically to students by students, almost all of the items being sold would be relevant to what a college student needs: from used textbooks to technology, bikes or school supplies such as backpacks or calculators.

Colleges, including Dartmouth and Harvard University, have done moving out sales when students are leaving their dorms as part of their mission to keep the campus sustainable and green. Nonprofit organizations volunteer to help, and all proceeds are usually donated to them afterward.

While Pierce doesn’t have housing, it doesn’t take away the fact that there are still large amounts of waste being produced by college students trashing their supplies at the end of each semester so that they can start anew the following year.

Seeing as how all of social media is making posts about reducing waste, there should be no trouble finding volunteers to help organize, and filter through and price the items that are donated. For some who only have one or two things they need to get rid of, they can choose to give it to the collection of stuff being sold.

However, if Pierce wants to plan it differently by having the students’ sell their own items, then that would solve the issue of who is going to handle them. Those who have more than enough to fill a table could register for a booth using their student identification number.

The garage sale could be organized in the Victory Parking Lot 7 where other events such as the Topanga Vintage Market and SuperCar Sunday are held. It could take place during the weekend when the parking lot isn’t in use by students.

Although having a sale like this could be useful all year-round, a reasonable time would be at the start and end of each term. This would give students the opportunity to find things that they may need throughout the year.