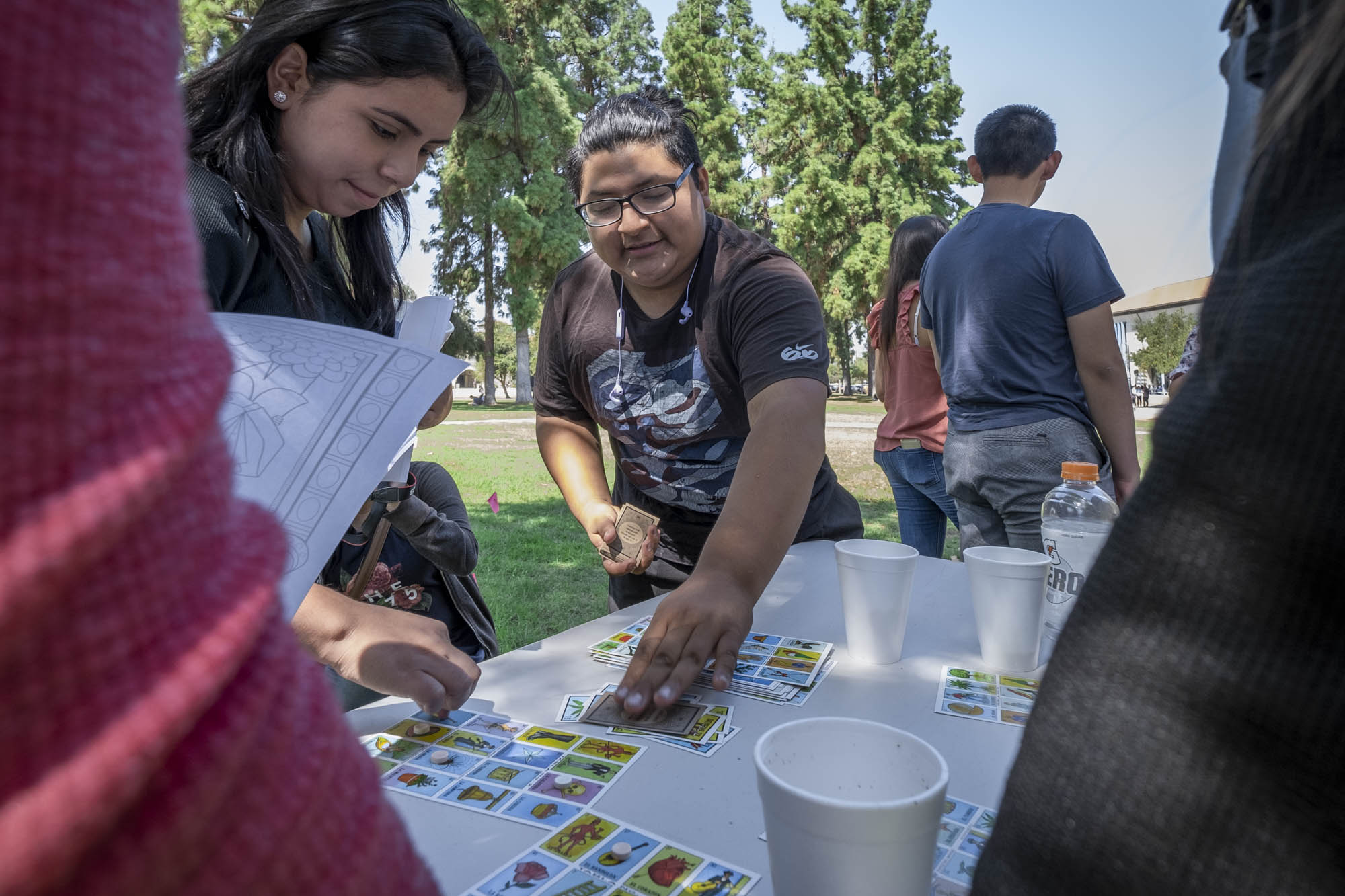 Hispanic and Latino Heritage Month is about recognizing the presence and contributions that enriched society. With the celebration comes the joy, stories, and struggles that comes down to becoming aware of society.

“I’m a Latina, so I think it’s important to share with others where we come from; different cultures, different backgrounds,” Castillo said. “So, it’s beautiful when everyone is inclusive and gets to know about each other.”

Pierce College President Alexis Montevirgen said his background was in multicultural student affairs and he understands the value of having heritage events and cultural events on campus.

“Making sure that we develop a campus culture where we unfortunately don’t just tokenize and sort of only celebrate these cultures during those particular months,” Montevirgen said. “So my push will be to make sure that yes, we honor and celebrate the different months, but that we don’t just spend the month celebrating those particular cultures, but instead we provide a campus environment where we’re inclusive and celebrating all cultures at all times.”

Sandra Ibarra, a volunteer during the event, was pouring agua frescas for the campus community and said after being apart of this event, she knows cultural awareness plays a big role by bringing society together with appreciation and understanding good intentions.

“To accept the culture with an open heart and understanding each other is what the world needs to see and it creates greater accomplishments,” Sandra said.

She said this is something she’ll be able to learn from, as she wants to build restaurants to provide healthier options towards low-income communities.

Latin refreshments were provided at the event for whoever wanted to stay hydrated. As students moved along the table, they were given a wide variety of Spanish sweets.

The Spanish club made its debut at the event where the club hosted many activities, such as Loteria wish is the spanish version of BINGO, but the prize is real money.

Spanish club member Olivia Salgado said she enjoys observing the players and seeing how similar cultures are compared to the other.

“It amazes me when I witness people’s reactions when they see how similar the game of Loteria is to bingo,” Olivia said.

Guatemalan freshmen Diego Segura felt the urge to say that the event holds open arms for the whole community. As he points out that certain people didn’t know what the snacks were, and had to ask what the beverages were that the event was serving.

“There were all sorts of people coming by asking what was in the drink, and if the snacks were good. It was new to others and enjoyable of others that’s what’s so special about cultural awareness,” Diego said.

”The white drink is Horchata. We usually make it for birthdays and events like this,” Barcenas-Garcia said. “It’s nice to see they have some churros. You can put them with lemon and salt, or other hot sauce you like.”

Letting the community know about Hispanic and Latino Heritage Month is important to many Latino/as.

Spanish club member Jeffrey Sandoval expects the Spanish club to grow quickly as it receives a lot of Spanish speaking students and asks for guidance.

“It is a great sight to see that brings the inspiration and uplifts my day to see  students ask for assistance and are invested to learn the knowledge of Latin culture,” Sandoval said.