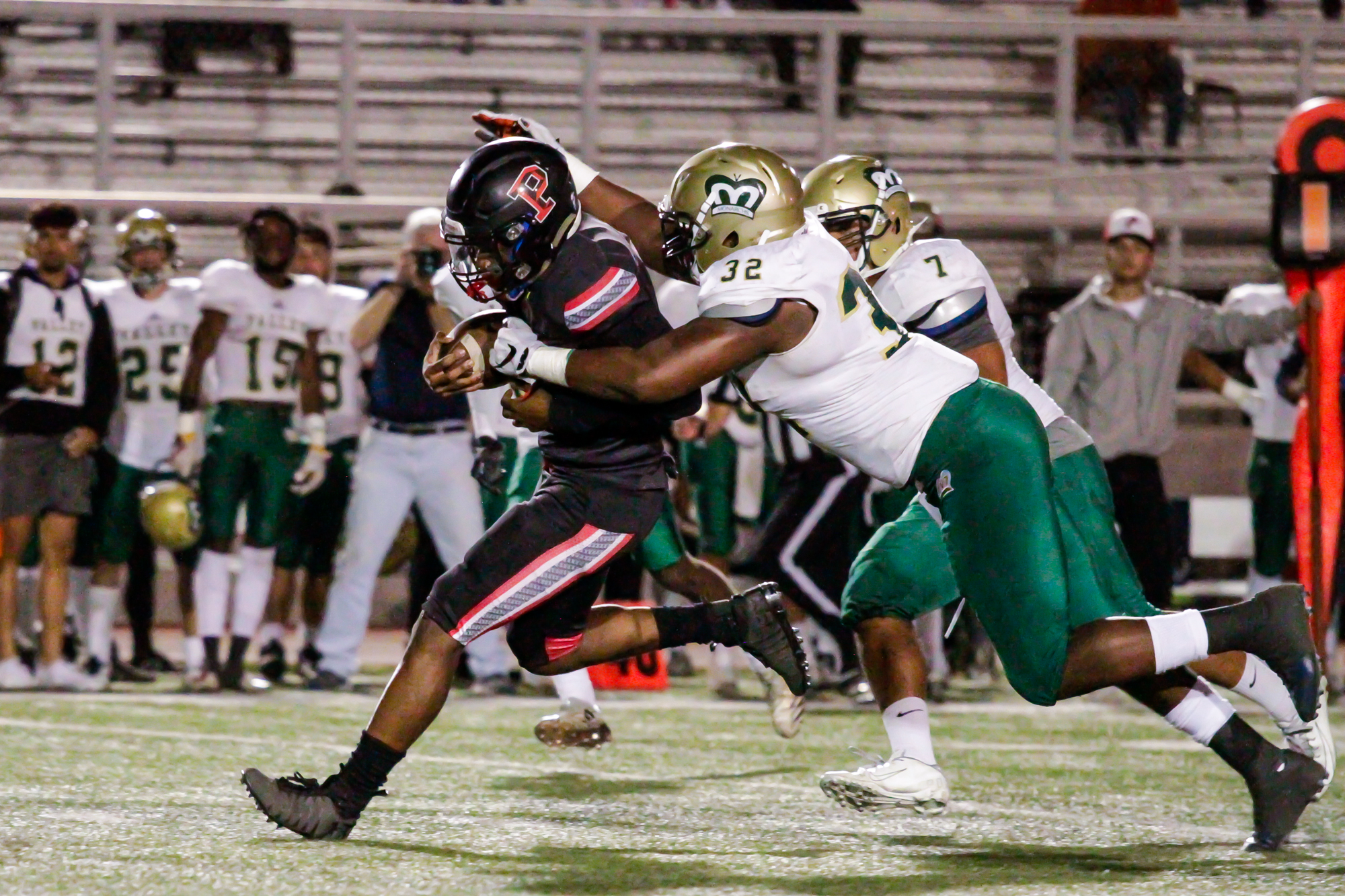 The Brahmas’ offense wasn’t able to chime in during the Victory Bell game against LA Valley College on Saturday, Sept. 28, at Shepard Stadium.

Valley’s 16-7 win resulted in them keeping the Victory Bell in their possession, which they have held since 2015.

LA Valley College head coach Lester Towns said keeping the bell was one of his goals this season.

“That was one of the most important things this year. I know we had it for a few years and I didn’t want to be known as the coach that gave it away,” Towns said.

Towns said he made sure the players understood what was at stake and told them they had the bell at practice throughout the week.

Before the game against Long Beach, Valley forfeited due to a shortage of players. Towns said that it was important for them to come back.

Coach Dylan Flannery said he hasn’t had the bell since he started coaching at Pierce because previous games against the Monarchs have ended with the same results.

“This is my third season and both the first two matches against Valley were really hard losses, close games and then this one,” Flannery said.

Things didn’t start well for the Brahmas. Early in the opening quarter, with about 14 minutes left, the Monarchs scored a touchdown via an interception from cornerback Craig Jones.

The Brahmas were able to fight back and scored their only touchdown of the game on a reception from Kareem Miles.

Miles transferred to Pierce from LA Valley, so his touchdown catch was against his former teammates.

“I was expected to score and to make big plays, so it wasn’t anything special,” Miles said.

The Monarchs ended up scoring another touchdown that put them in the lead at 13-7 after a missed two-point conversion.

With only a minute left in the first half, Brahmas had the chance to take the lead, but they fumbled in the red zone. The Monarchs were able to recover and went into halftime with a 13-7 lead.

Flannery said the team didn’t come together when necessary.

“And it just seems like it’s not really a team that. They don’t put it all on the line for one another as far as I’m watching,” Flannery said.

The second half didn’t look good for the Brahmas. Awan Parker intercepted another pass from quarterback David McCullum, which lead to a Monarchs field goal, making the score 16 – 7.

After winning the Victory Bell last season, Miles said he wished he could share the victory with his new teammates.

“It definitely hurt. I wanted my teammates to feel how I felt last year. I want them to experience it,” Miles said.

Flannery said it will be hard to win the next game if his team has no discipline. He said the amount of penalties the team has affects their outcome.

“It’s gonna be really hard to win football games when you have over a hundred yards of penalties each day,” Flannery said.

The Monarchs improved to 1-3, while the Brahmas drop to 0-4 on the season.

Pierce is back in action next Saturday when they host College of the Desert. Kickoff is scheduled for 6 p.m.