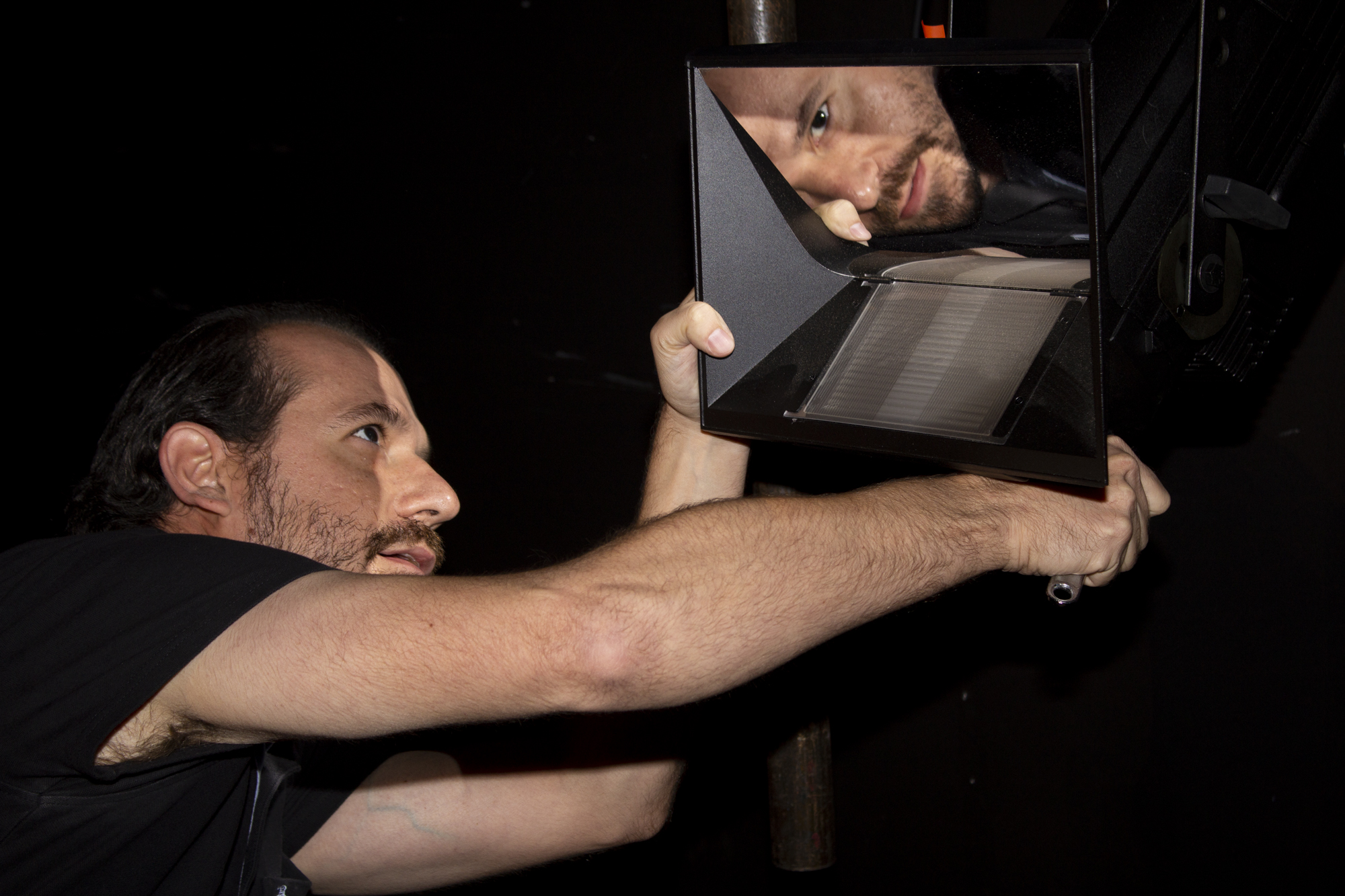 While at the age of 15 and already taking classes at Pierce College, Michael Gend was just trying to achieve his degree and find a career, now Gend is helping Pierce students achieve the same goals, but now as both a professor of theater arts and as the acting Performing Arts department chair.

Gend has been connected to Pierce College much longer than anyone would expect. Gend was originally born and raised in Reseda, and went to high school at Valley Alternative Magnet School. While there, Gend took part in a program that allowed him to take classes at Pierce College three days a week. He officially started Pierce College classes at the age of 15 when he enrolled in weight training and beginning acting. After high school, Gend became a full time Pierce student for three years. In his time here, he participated in acting and performing in plays and working backstage. It was while working backstage, Gend discovered a passion he had for lighting design, and after achieving a bachelor degree in design and production at California Institute of the Arts, he turned it into his profession.

Gend is still surprised by how far he has come from just being a student at Pierce College.

“It’s kind of crazy thinking about how I was kid taking an acting class and a weight training class and now I have all this responsibility on my shoulders,” Gend said. “I still feel like a kid and now I am in these grown up shoes.”

Michael Sande, managing director of theatre department, said that when the theatre, music and dance departments merged, many were nervous about Gend possibly give theater special treatment over music and dance, since he was a theatre person, but instead he has created a culture that all three focuses feel special and always tries to protect the department as a whole from possible budget cuts.

“What he has done is create this atmosphere where all three disciplines within the department feel equal,” Sande said. “Whether it is dance, music or theater, he puts up the same fight and advocates for us equally.”

Gend said that he has had many accomplishments since he began working at Pierce College. He said he is proud of the great staff he has helped hire. He also says that since working at Pierce, he has seen many of his students go on to work for theatres in the area, which has helped create a network that helps current Pierce College performing arts students get opportunities outside of Pierce.

Gend said that his biggest accomplishment was when he was able to hire one of his students as an assistant on an Off-Broadway play, Annapurna, that he did design for.

“That is the proudest I have been as a teacher so far. It took me ten years to get a credit at an Off-Broadway theatre, it is a stepping stone for an artist, and she got to do it while she was at Pierce,” Gend said.

Shaheen Vaaz, an assistant professor of theatre arts, has worked with Gend for five years and says that Gend makes a good department chair because of his leadership.

“He sees where the performing arts department needs to go. He is ambitious about and he knows we need to grow,” Vaaz said. “He is totally willing to put in the time and effort to make that happen.”

Beyond just being a Pierce professor, Gend also had a professional career in theater. He has worked as a lighting designer for multiple small 99-seat theatres throughout the greater Los Angeles. Gend use to work as a lighting designer for plays while he was working as an adjunct professor at Pepperdine, Cal Lutheran and Pierce College. He continued to work as a lighting designer while he was achieving his masters degree. He even designed an Off-Broadway production starring Nick Offerman and his wife Megan Mullally called Annapurna. Out of all the plays he has worked on, Gend says the one that stood out to him a production of A Steady Rain that he worked on.

Annapurna was a special play because it was an Off-Broadway play, which is a very respected and high level of professional theatre. Gend said it took a long time to reach that stage of his career

Gend worked on lighting design for a production of A Steady Rain at the Alliance Theatre in Atlanta, GA. This production is special to Gend because he won a Suzi Award for his lighting design on the play. The Suzi Bass Awards are Atlanta’s equivalent of the Tony Awards. Atlanta’s equivalent to a Tony Award. Gend said it was an honor to receive the award.

“It was really meaningful to me, because I think, outside of awards when I was a student, it was the first time that I was acknowledged by the professional theatre community for my design work,” Gend said.

If you were to have come across Michael Gend when he was 15 years old, you would have most likely found him here at Pierce, either practicing for a scene or lifting weights. Now, Gend has a different on his shoulders, as he’s now the Performing Arts department chair.