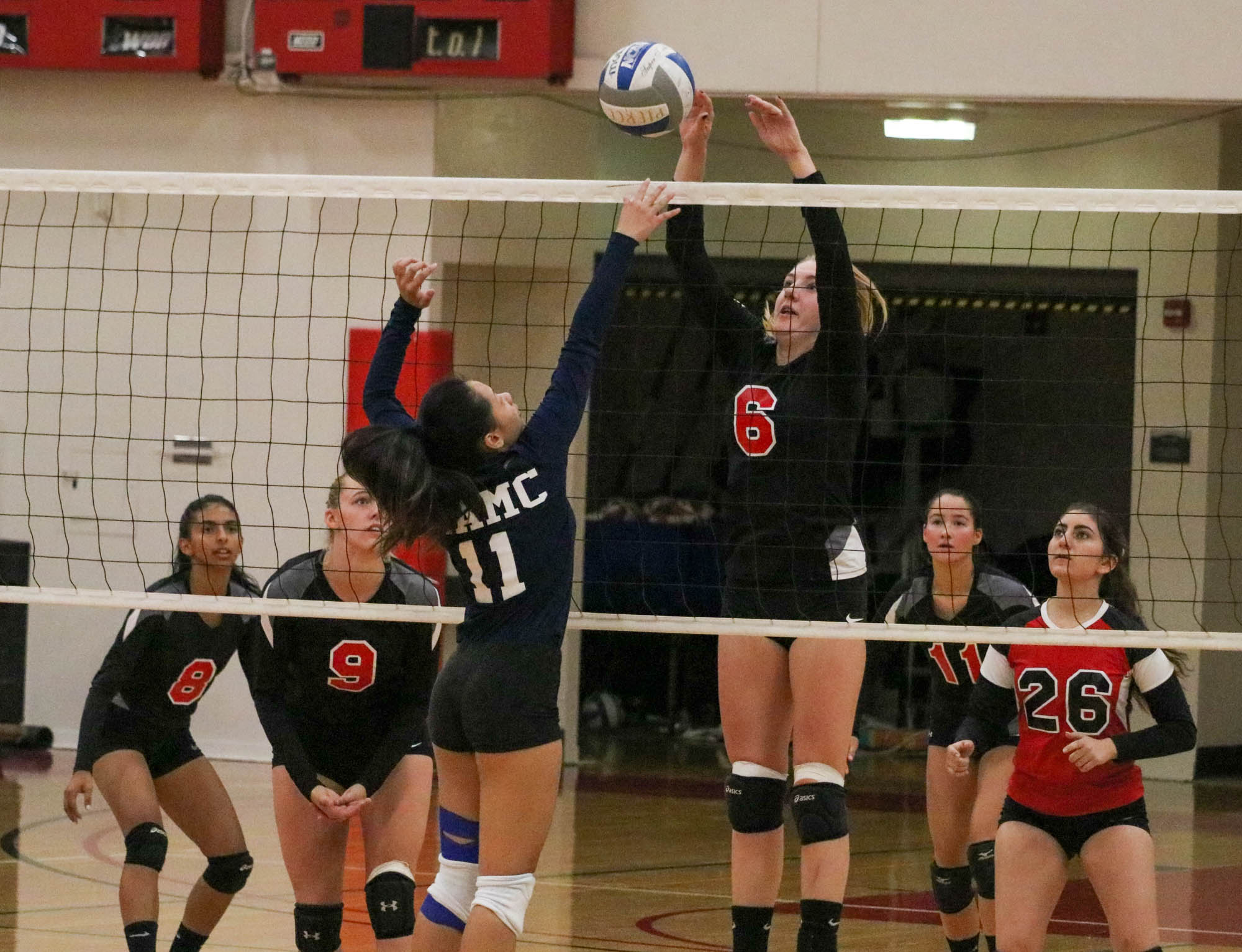 Assistant coach Carrie Wright said the team played really well even though one of their best players were injured. She said the players needed to get used to the change.

“We started in a new rotation, so it took us a little bit of time to figure out which one was going to work the best,” Wright said.

Middle blocker Phelony Haviland said it was the first time they played as a team. She said everyone on the team did the work required.

“Even though we lost, it was definitely a really good game where we all worked together and we all played the part and worked as hard as we could,” Haviland said.

Despite the fact the Eagles were able to flip the score on the Brahmas in the first and second set, the Brahmas and Eagles often tied.

“They were serving tough, we were hitting well, and figuring out where the holes were on defense,” Wright said.

Outside Hitter Camille Burman said there wasn’t a major difference throughout the game.

“We were always like either ahead or keeping up with them and then we won the third set, so that was really great,” Burman said.

It was the first game Burman got to play as a Brahma. She was in place for outside Hitter Gianna Ros, who got injured at practice.

Burman said she had only been able to play with the team at practice and would look forward to playing with them in a game.

“I’ve been waiting, so that was really exciting and it’s really nice to play with all the girls as a team because I haven’t had a chance to do that yet,” Burman said.

In addition to her first game, Burman has had more experience in beach volleyball than indoors. She said the major difference she noticed what being tied to one spot.

“For beach there’s only two people on the court, so you’re doing a lot more things, whereas indoors you’re kind of held to one specific position,” Burman said.

Despite their efforts, the Eagles wrapped things up in the fourth set.

Wright said they hoped to win since she felt the team needed it to boost morale. She said they just have to make sure to win the next one.

“It’s one of our league games, so you just have to make sure the second time around that we beat them,” Wright said.

She said the team will have to work on the smaller details for the next game.

“Focus on some little details, like serving, making sure that we’re lining up on our block correctly, and that we’re passing with our hands out early,” Wright said.

In the next game, Haviland looks to just play. She said what matters to her is having the ability to perform.

“Honestly, I just love playing. It doesn’t matter what the game, if it’s practice, it’s the fact that we’re playing and I’m playing with my family,” Haviland said.

Women’s volleyball drop to 1-4 on the season and will be on the road Oct. 9 at 6where they will face Santa Barbara City College. Game starts at 6 p.m.