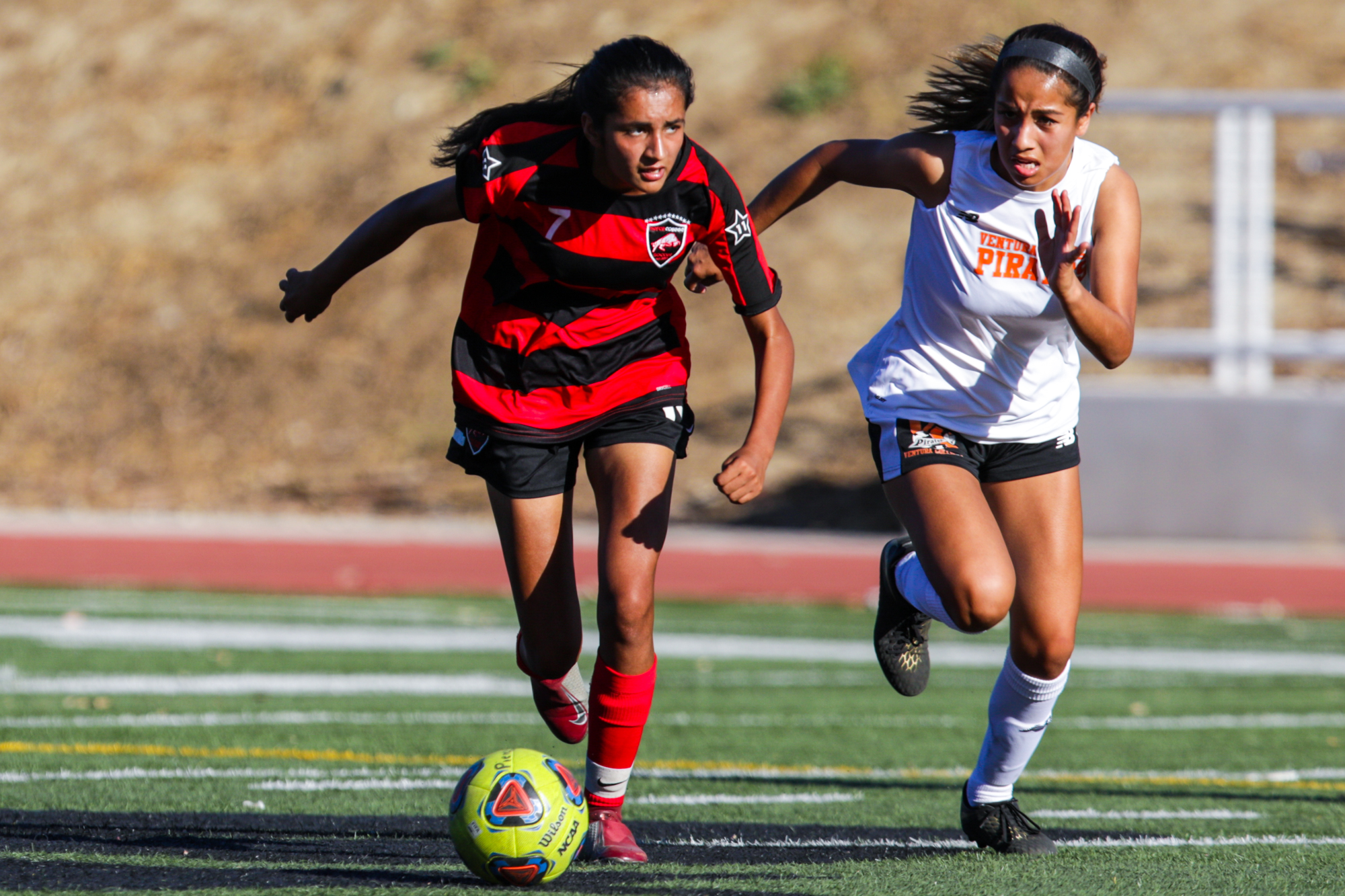 Soccer returned to action following their bye, as they hosted the Ventura College Pirates in Tuesday’s conference matchup.

The Brahmas were looking at a tie late in the game after Preet Kaur scored a goal to make it 1-1, but the Pirates answered with two more goals to win the game 3-1.

Head Coach Adolfo Perez said this was one of the many games this season that the Brahmas have lost in the final minutes.

“Five out of our eight losses have been in the last five minutes or so,” Perez said. “We don’t have the ability to hold teams down.”

Steve Hoffman, Ventura head coach, said he was expecting the game to end in a tie.

“I think we deserved to win. We did enough, but you got to give credit to the Brahmas, they never gave up,” Hoffman said.

Within the first five minutes of the game, Yarelil Vasquez scored for the Pirates.

The Brahmas had multiple chances to tie the game with two free kick opportunities but missed both.

Kaur said she needed to push herself to get the equalizer.

“We had a lot of opportunities we just had a hard time getting it in the goal,” Kaur said.

The Pirates answered with a goal by Jacky Espinoza to make it a 2-1 game. Minutes later, Jacqueline Rivera secured the win for Ventura.

Hoffman said he believes the Brahmas did a good job game planning against his team.

Perez said that team needs to be more focused for their upcoming games.

“We just have to have a greater degree of concentration,” Perez said. “We are playing extremely hard for a big percentage of the game, but not all the game.”

The Brahmas have now lost three straight games and are now 6-9 overall. They will face Moorpark College at Shepard Stadium on Friday, Oct. 24. Kickoff is scheduled for 4 p.m.